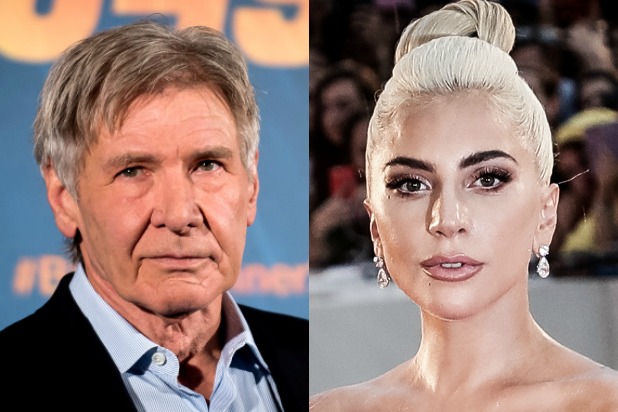 The SAG-AFTRA Foundation will present this year’s Artists Inspiration Awards to Harrison Ford and Lady Gaga at its third annual Patron of the Artists Awards.

The event will be held on Nov. 8 at the Wallis Annenberg Center for the Performing Arts in Beverly Hills. The SAG-AFTRA Foundation annually honors two artists who have used their platform to advance humanitarian and philanthropic causes with Artists Inspiration Awards. Previous honorees include Leonardo DiCaprio, Lionel Ritchie, and Kate Winslet.

“We are honored to recognize two of the most iconic and beloved artists worldwide who have not only made indelible impacts on our culture and the arts, but who have chosen to use their influence to make a difference for others,” said SAG-AFTRA Foundation Board President JoBeth Williams.

“Harrison Ford is an acting legend in every known galaxy, but what many do not know are the decades of philanthropic service and leadership he has given to Conservation International to help protect our planet,” Williams said. “Lady Gaga, whose monster career as a performer and actor has won her hundreds of millions of fans around the world, has also worked tirelessly on behalf of young people, focusing on mental wellness and building a kinder, braver world through her Born This Way Foundation. Harrison Ford and Lady Gaga are shining examples of how extraordinary success and true legacy are about creating a better world.”

Ford has won a lifetime achievement award from the American Film Institute and the Golden Globes’ Cecil B. DeMille Award. He received an Oscar nomination for “Witness.” He was last seen in “Star Wars: The Force Awakens” and “Blade Runner 2049.”

Gaga has won six Grammy Awards and will next be seen in Bradley Cooper’s directorial debut “A Star Is Born,” which premiered Aug. 31 at the Venice Film Festival. She has supported charities including the American Red Cross, the National Alliance to End Homelessness, Re*Generation, the MAC AIDS Fund, and efforts for Haiti disaster relief.

The Patron of the Artists Awards benefits the foundation’s assistance and performers programs for SAG-AFTRA members and its children’s literacy program Storyline Online.