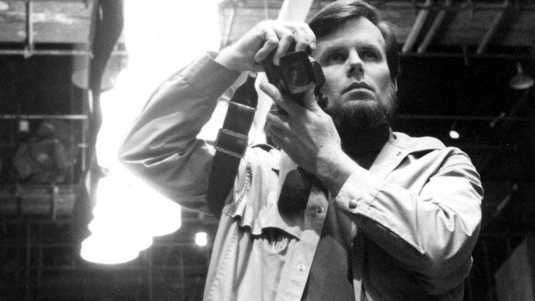 “Star Wars” producer Gary Kurtz died of cancer on Sunday, his family said in a statement. He was 78.

In addition to helping bring the Skywalker stories to the big screen, Kurtz produced “American Graffiti” and “The Dark Crystal.” His career was closely aligned with that of George Lucas, but the two parted ways after the troubled production of “The Empire Strikes Back.”

Kurtz had championed “Star Wars” through multiple drafts and helped Lucas navigate 20th Century Fox’s lack of enthusiasm for a movie they dismissed as a B-picture. After “Star Wars” stunned everyone by turning into a massive hit, Lucas and Kurtz sat about crafting a sequel. Lucas handed the reins over to director Irvin Kershner, but production went over schedule and Lucas was forced to dip into his own pocket to complete the movie. Kurtz stepped in to direct second-unit work on the film. When it came time to make “Return of the Jedi,” Kurtz was replaced by Howard Kazanjian as producer. Mark Hamill likened the split to “Mom and Dad getting a divorce.” It appeared to rankle Kurtz.

Mark Hamill was among those paying tribute to Kurtz,  writing, “I’ve lost a lifelong friend.”

In a 2010 interview with the Los Angeles Times, Kurtz said the movies became too motivated by merchandising.

“The toy business began to drive the [Lucasfilm] empire,” he said. “It’s a shame. They make three times as much on toys as they do on films. It’s natural to make decisions that protect the toy business, but that’s not the best thing for making quality films.”

Kurtz got his start as an assistant director on Monte Hellman’s “Ride in the Whirlwind,” a low-budget 1966 Western that starred a then-unknown Jack Nicholson. During the decade, he served as a production manager and assistant director on a number of genre pictures, including “Voyage to the Prehistoric Planet” and “Beach Ball.” He also left Hollywood from 1966 to 1969 to serve in the Marines during the Vietnam War.

“Gary was a beloved husband, father, grandfather, friend, colleague, and mentor, whose work and talent spanned filmmaking, photography, music, and cinema history,” his family’s statement reads. “He was a Marine, a world traveller, an outdoorsman, and a kind, compassionate human being. … Gary was a magnificent man, who will be hugely missed. His whole family thanks you for your loving thoughts.”

“Gary was a wonderful man whose deep love and knowledge of film, story and character led him to connect and collaborate with filmmakers on ideas, large and small, around the world,” said producer Julian Alcantara, a friend and business partner of Kurtz for more than 10 years.