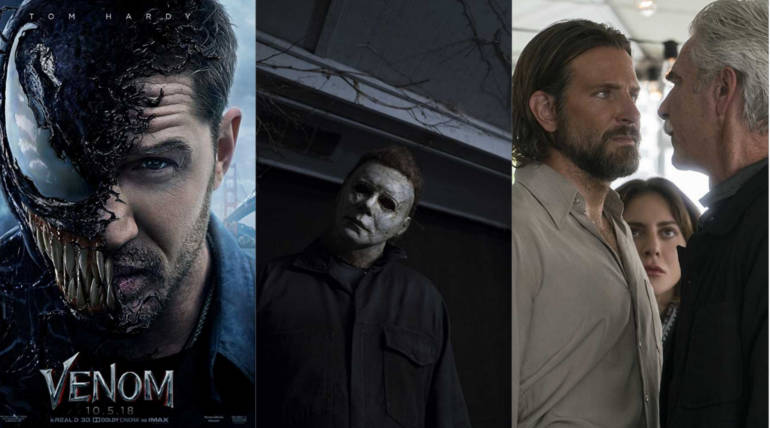 “Halloween” continues to cash in on the spooky holiday spirit, leading the international box office with $25 million from 62 territories overseas.

Universal and Blumhouse’s R-rated thriller also made a killing in North America where it came in at No. 1 with $32 million. Director David Gordon Green’s film — starring Jamie Lee Curtis as iconic avenging baby sitter Laurie Strode — has now generated $172 million globally, an especially impressive feat given its $10 million production budget.

“Halloween” did particularly well this weekend in Germany, picking up $3.3 million when it opened in 518 locations. It launched in France with $2.3 million, Australia with $2 million, and Spain with $1.4 million.

In second place, Shane Black’s “The Predator” summoned $20.7 million thanks to its debut in China. The sci-fi thriller launched in North America in September and has now made $149 million worldwide.

Among holdovers, Warner Bros.’ musical drama “A Star Is Born” continues to post strong numbers abroad, adding another $17.6 million in 75 territories. That brings its international tally to $104.6 million for a global total of $253.3 million. Top markets this weekend include Australia ($3.7 million), the United Kingdom ($2.7 million), and France ($1.5 million).

Another masked figure benefited from the pre-Halloween weekend. Sony’s “Venom” generated another $17.3 million in 65 international markets, taking the Tom Hardy antihero vehicle past $500 million worldwide. The movie has yet to release in Japan and China.

Fox’s Freddie Mercury biopic “Bohemian Rhapsody” also saw a big showing in the U.K., launching with $12.2 million ahead of its domestic debut next weekend.