Samsung to Launch Foldable Phone in 2019 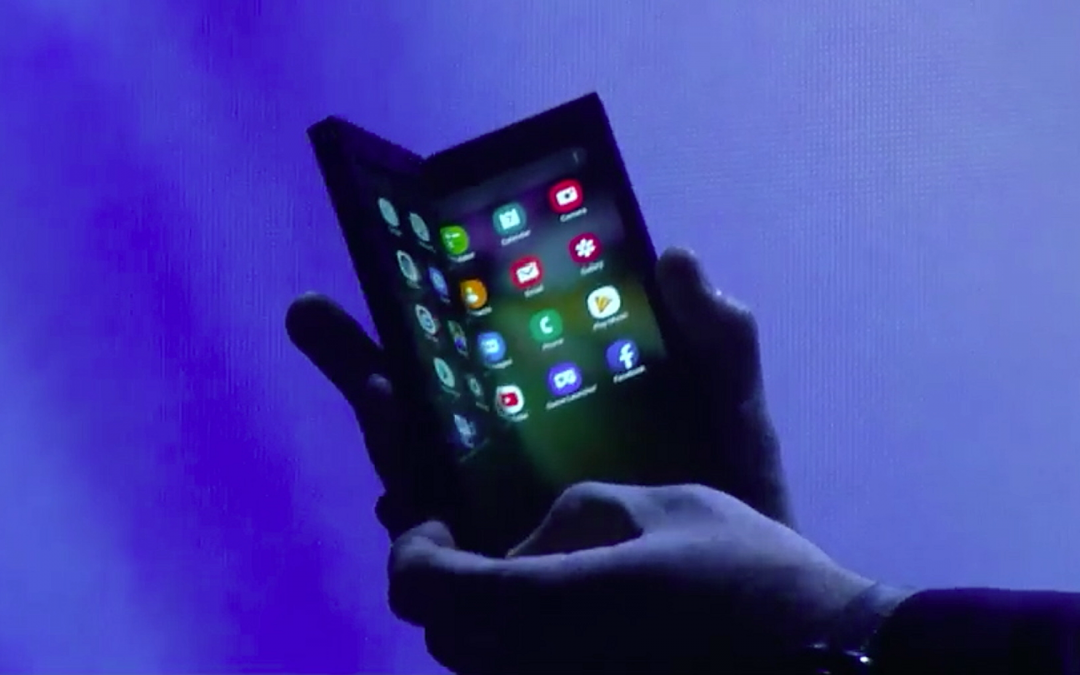 Samsung used its developer conference in San Francisco Wednesday to officially announce that it will launch a foldable smartphone some time in 2019. The phone is using the company’s own new Infinity Flex display, which allows it to be folded and unfolded repeatedly without wear and tear.

Denison showed off a phone featuring the new display technology on stage, which featured a 7.3-inch display when unfolded. However, the device itself was camouflaged to hide key design aspects. The company also didn’t offer any branding  or price point for the new phone, and Denison didn’t want to commit to a firm launch date, instead just saying that the company would begin mass production “in the coming months.”

That was notably less detailed than a titbit revealed by a Google executive at a separate event Wednesday morning.

“We’re already working closely with Samsung on a new device they plan to launch early next year, which you’ll hear about later today,” said Google vice president of engineering Dave Burke at the Google event Wednesday.

Burke used the event to announce Google’s support for Android devices with foldable screens, saying that multiple device manufacturers were working on the new form factor.

“Just when you thought you’d seen everything in phones, we’re about to see a whole new form factor idea from Android device-makers. Foldables. They take advantage of new flexible display technology – the screen can literally bend and fold,” Burke said. “You can think of the device as both a phone and a tablet. When folded, it looks like phone, fitting in your pocket or purse.”