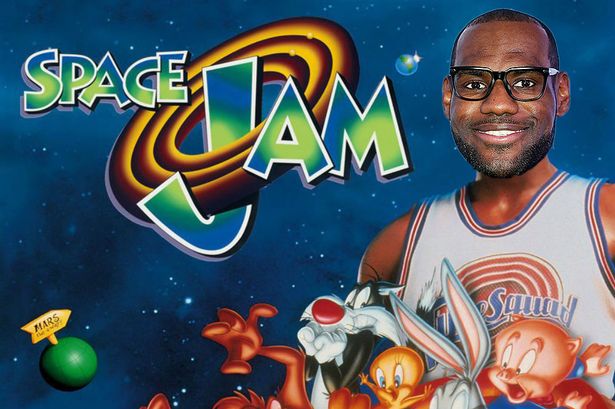 The upcoming sequel is one of 15 film projects that have been selected for the state’s Film & TV Tax Credit Program 2.0. “Space Jam 2” received the largest conditional allocation with a $21.8 million tax credit. “Mouse Guard” scored the second-biggest cut ($10.2 million) of the new $73.3 million available in tax credits.

Others include Andy Samberg’s “Palm Springs,” Universal’s “Marry Me” and “24/7,” Lionsgate’s “Margaritaville” and 20th Century Fox’s “The Boy Who Knew Too Much.” Four of the projects  (“Janis,” “Cry, Baby,” “Lexi,” and “Luminous”) will film in the San Francisco area. “Cry Baby” and “Janis” are both Janis Joplin biopics. “Cry, Baby” was accepted earlier into the tax credit program but then dropped out and reapplied.

“One of the goals for Program 2.0 is to bring production jobs and spending to regions across the state,
and we’re beginning to see that happen more often and on a larger scale,” said Amy Lemisch, California Film Commission’s executive director. “We’re thrilled to see Program 2.0 have such far-reaching benefits.”

“I’m thrilled to be shooting in my home state of California,” said Samberg, who will produce and star in “Palm Springs.” “Not only was I born and raised here, but, as everyone knows, the California Raisins were a major creative influence, which I think will definitely rub off on this production.”

The commission reported on Nov. 2 that California’s expanded production tax incentive program has resulted in nearly $6 billion in in-state spending over the past three years, generated from $815 million in tax credits. California’s credit covers up to 25% of in-state production costs, which is not as lucrative as other locations but is aimed at putting the brakes on runaway production.

The report also showed that during year three of Program 2.0, California attracted five additional big-budget films (“Call of the Wild,” “Captain Marvel,” “Ford v. Ferrari,” “Island Plaza” and “Once Upon a Time in Hollywood”). To date, the expanded tax credit has attracted a total of 10 big-budget films and gained a total of 15 relocating TV series from across the U.S. and Canada — most recently, NBC’s “Timeless” from Vancouver, and Amazon Studios’ “Sneaky Pete” from New York.

In July, California Gov. Jerry Brown signed an extension of California’s production tax credit program for five years beyond its 2020 expiration with $1.6 billion in credits. The program was more than tripled in size in 2014 to $330 million annually to compete effectively with incentives in New York and Georgia. The program is overseen by the California Film Commission, which selects the TV and movie projects to qualify partly based on the number of jobs created.

The commission announced on July 23 that Margot Robbie’s Harley Quinn spinoff, “Birds of Prey,” would receive a $12.6 million tax credit for filming in California. “Birds of Prey,” a Warner Bros. movie, received the largest allocation of 19 films totaling $52.2 million.

Below is the full list of the new projects conditionally approved to receive the tax benefits.