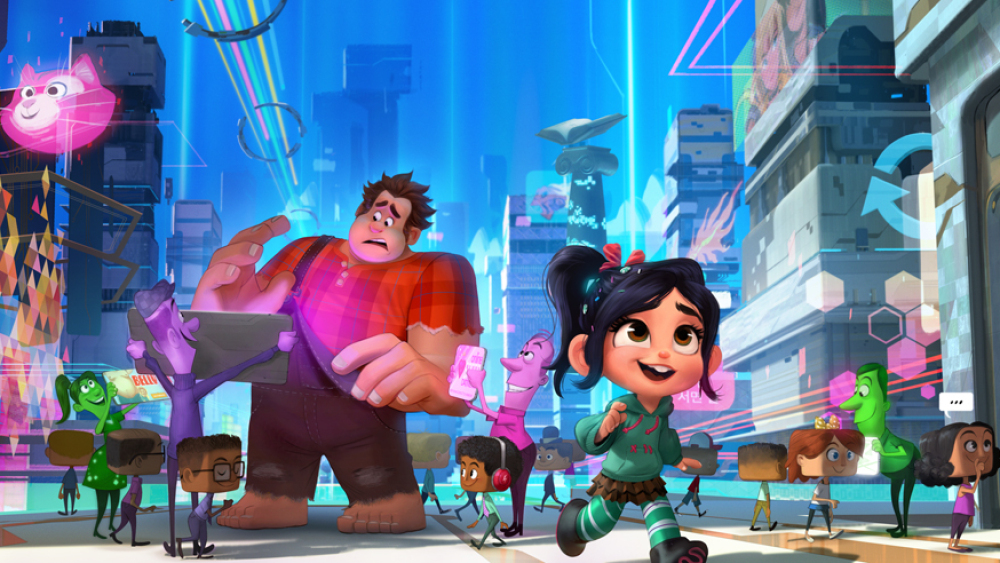 Disney’s “Ralph Breaks the Internet” dominated the Thanksgiving box office, generating a massive $84.6 million at 4,017 locations over the five-day holiday period and $56 million for the weekend.

Propelled by solid word of mouth, the Disney animated sequel now ranks as the second-best Thanksgiving debut ever, behind another Disney title, “Frozen,” which earned $93.6 million during its first five days. “Ralph Breaks the Internet” carries a hefty $175 million production budget, so it will need to keep up momentum worldwide to turn a profit. “Ralph Breaks the Internet” sees John C. Reilly and Sarah Silverman reprise their roles from “Wreck It Ralph” as the video game villain and his best friend navigate the internet. The original film picked up $49 million over its first three days of release.

“Whenever we look at sequels, they have to be additive,” Cathleen Taff, Disney’s president of global distribution, said of “Ralph Breaks the Internet’s” impressive opening. “The filmmakers built this world out with such attention to detail that people were ready to come back and enjoy these characters. We’re really excited about the momentum as we head into the holidays.”

“Ralph” wasn’t the only sequel to thrive this weekend. MGM and New Line’s “Creed II” was a knockout as the boxing drama earned $55 million from 3,350 venues over the five days and $34 million for the weekend. That marks the best debut for a live-action film during the holiday frame. Those numbers also top the start of “Creed,” which launched with $29 million over the three-day frame. “Creed II” stars Michael B. Jordan as Donnie Creed, the son of heavyweight champ Apollo Creed. Sylvester Stallone returns as Rocky Balboa.

“It’s a thrill to see both its legacy and new generation of audiences continue to respond to Rocky Balboa and Adonis Creed in this time when we need uplifting stories,” said Jonathan Glickman, president of MGM’s motion picture group.

The crowded Turkey Day didn’t just bring back solid receipts; it set a new record, according to Comscore. This five-day outing surpassed $314 million, exceeding the record set in 2013 with $294 million.

Unfortunately, it’s not all holiday cheer at the box office. Lionsgate’s “Robin Hood” pocketed an tepid $14.2 million at 2,715 venues for the five-day period and $9 million for the weekend, a potentially disastrous result given the live-action adventure’s roughly $100 million production budget. Taron Egerton and Jamie Foxx lead “Robin Hood” in the latest rendition of the swashbuckling bandit.

Meanwhile, awards hopeful “Green Book” had a disappointing expansion. It moved into 1,063 theaters and made $5.4 million for the weekend and a lackluster $7.4 million during the five-day frame. Universal is distributing “Green Book,” which was co-produced by DreamWorks and Participant. Viggo Mortensen, who drew controversy after using of the N-word at a screening, co-stars alongside Mahershala Ali in the comedic drama that centers on a renowned black pianist’s tour through the Deep South during the Jim Crow era.

Universal’s domestic distribution chief Jim Orr stressed that word of mouth will be exceptionally important for “Green Book’s” life at the box office.

“It’s definitely going to be a marathon, not a sprint,” Orr said. “We think it’s going to be in theaters and an awards darling for quite some time.”

As new releases swarmed multiplexes, a number of holdovers still managed to draw crowds. Warner Bros.’ “Fantastic Beasts: The Crimes of Grindelwald” picked up $43.3 million for the five-day outing and $29.2 million its sophomore frame. That brings its domestic tally to $116.5 million.

Universal’s “The Grinch” is still doing formidable business in its third week of release, and the family-friendly film will duke it out with the “Fantastic Beasts” sequel for third and fourth place once final numbers come in Monday. The animated adaptation of the Dr. Seuss holiday classic stole another $42 million for a stateside haul of $180 million.

Rounding out the top five is Fox’s “Bohemian Rhapsody.” The Queen biopic drummed up another $19 million during the five-day holiday, bringing its North American total to $151 million.

In limited release, Fox Searchlight’s “The Favourite” bowed in four theaters in New York and Los Angeles, earning $420,000. That averages out to $105,500 per location, marking the best theater average of the year. Yorgos Lanthimos directed “The Favourite,” an absurdist period drama that’s seen as a solid Oscar contender. Set in the early 18th century, it centers on the drama between two cousins (Rachel Weisz and Emma Stone) jockeying to be court favourites during the reign of Queen Anne (Olivia Colman).

“There is so much competition in the overall marketplace, but it shows there’s room for other movies,” said Frank Rodriguez, Fox Searchlight’s head of distribution. “Thank god for exhibitors knowing their audience was passionate about seeing the film.”

Also at the specialty box office, Magnolia’s “Shoplifters” opened in five locations where it made $88,000, for a per-screen average of $17,600. The drama about an impoverished family living on the margins took home the Palme d’Or at Cannes and is Japan’s entry for best foreign language film at the Academy Awards.