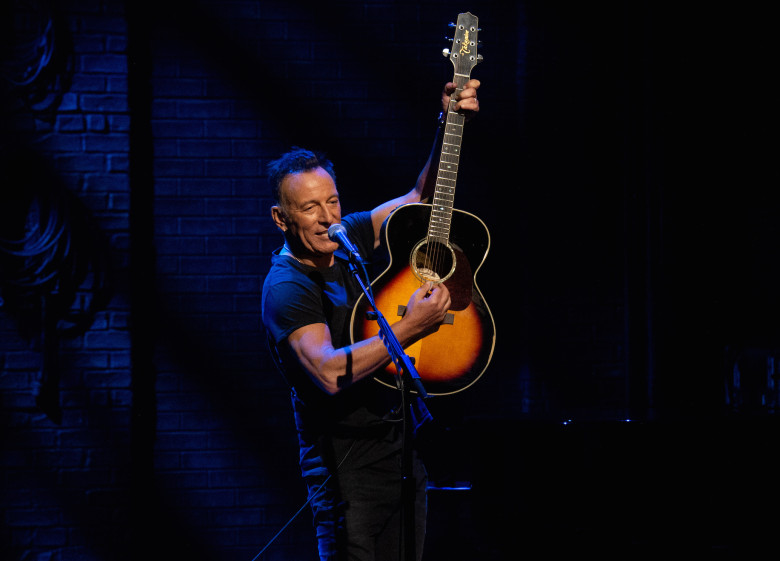 On December 15, after 236 performances since October of last year, all at the Walter Kerr Theatre, the cast of “Springsteen on Broadway” — Bruce and, for two songs, singer/wife Patti Scialfa — will give their final performance. But the following night, fans can see the premiere of a Netflix special of the show, which was announced back in July. A trailer for the film arrived this morning, which you can watch below; an album of the show will be released on December 14.

In its preview-week review, Variety wrote, “Having reached virtually every mountaintop a rock star can, at 68 the workaholic singer-songwriter is embarking on another challenge, and the scripted nature and relatively rigid format of this four-month-long run are new disciplines for a man who famously switches up his setlists and speechifying on a nightly basis. The opening ‘Growin’ Up’ is followed by ‘My Hometown,’ which is followed by ‘My Father’s House’ (see where he’s going with this?), framing memories of the Holy Trinity of family, church and Jersey that will be familiar, if comparatively rose-colored, to anyone who’s read his book. The Boss specializes in Steinbeck-size statements, and this show is no exception.”

‘Springsteen on Broadway’ began previews on October 3, 2017 and the completely sold-out series of performances officially opened October 12, leading tickets to go for thousands of dollars on the secondary market. The show was extended three times after its initial eight-week run, and will close on Broadway on December 15th.