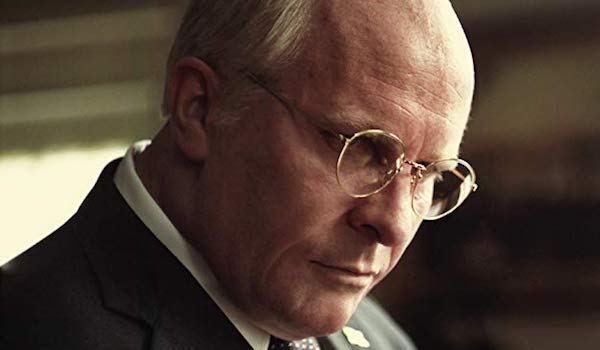 From Richard Nixon to Ronald Reagan to Donald Trump, the leaders of right-wing Republican politics have tended to be fire-breathers (or, in the case of Reagan, a saber rattler who could make snake oil taste like honey). But Dick Cheney broke that mold. Speaking in soft terse corporate tones, with the precision squint of someone running a marketing seminar, Cheney was the ultimate stealth power player — the mild-mannered functionary of burn-it-all-down conservatism. No matter how extreme his views (more torture! more fossil fuels! more dismissal of the mainstream media! more war!), he always made it sound reasonable, as if he were discussing not attack-dog politics but facts. When he confronted an interviewer with that wry avuncular voice and slightly beady glare and spit a phrase like “enhanced interrogation techniques” out the side of his mouth, Cheney, in his everything-is-process staccato way, seemed to be telling it like it was. He was saying: Power is a fact. That’s why the truth is whatever I say it is.

In “Vice,” Adam McKay’s brashly entertaining but not, in the end, as rich or deep as you want it to be biopic of the 43rd president’s vice-president (a man who conventional wisdom, during George W. Bush’s bumbling reign, held to be the de facto control freak behind the throne), Christian Bale nails the Dick Cheney persona — dry, pointed, deceptively dull, invisibly passive-aggressive, a blank with a hint of a growl — and does it with a playful bravura that could hardly be more perfect.

It’s an impersonation, though one brought off on a virtuoso level of observation and exactitude. Bale, thanks to a stupendous job of prosthetic enhancement, disappears inside Cheney’s doughy armchair-warrior physique and deceptively innocuous balding head, but a puckish aura of Bale obsession shines through; he channels everything about Cheney that, in the Bush era, made him such a recessive and, in his way, magnetic figure of clandestine destruction. Bale’s Cheney, who has no problem stomping on the Constitution, behaves like an unhinged ruler, yet he does it with the officious calm of a civil servant. He’s a dictator giving orders, and a pencil pusher following orders, all in one body.

McKay, who wrote and directed the film, sticks mostly to the facts, though he includes a sprinkling of satirical fantasy sequences, at one point presenting the Machiavellian pillow talk of Dick and his wife, Lynne (Amy Adams), as a Shakespearean dialogue (the absurd joke of it is how untheatrical the actual Dick Cheney is), or rolling a fake set of closing credits just before Cheney makes his lunge for the vice presidency, giving the movie — and, by implication, America — the “happy ending” it might have had if Cheney had never assumed ultimate power.

Yet even when he’s playing it straight, which is most of the time, McKay treats the movie as a slightly cracked burlesque. He turns history into a rollicking circus for liberals, inviting us to revel in Dick Cheney’s Greatest Hits Of Infamy. “Vice” takes a lip-smacking vengeful glee in shining a light on all the dark things that Dick Cheney did behind the scenes, from recklessly grabbing command of the military decision-making process just moments after the first attack on 9/11 (this included Cheney’s wild order to shoot down any planes deemed suspicious) to lining up favors for his cronies in the oil industry to finding arcane “legal” ways to justify the trashing of the Geneva Convention. None of this will come as news to anyone who regularly consumes the front page of The New York Times. Nevertheless, the pop catharsis of “Vice,” to the extent that the movie provides one, is in actually seeing Dick Cheney throw his weight around, elbowing the wimpy, clueless George W. Bush (Sam Rockwell) out of the way as he effectively assumes the role of president.

Along with all that ruthless power, there are the familiar Cheney nuggets and anecdotes: the hunting accident that he never apologized for (and that seemed to express his underlying violence); the Tao of his obsession with fly-fishing; the eager consumption of sweet rolls and other artery-clogging pleasures that Dick, with a wink, pretends are healthy; the serial heart attacks, which begin to arrive so regularly that they become the movie’s comic leitmotif, the punchline being that Dick takes them in stride, as if they were nothing more than muscle cramps, since you can’t kill a heart that’s already dead. The ultimate Cheney peccadillo may be the one hint of tenderness that actually nudges his ideology: Since his younger daughter, Mary (Alison Pill), is gay, on the campaign trail he refuses to make any overt statement against gay marriage. (Lynne, on the other hand, will prove that she has no problem throwing Mary under the bus.)

Yet as outrageous, and entertainingly horrible, as much of this is to watch, like a feature-length “Saturday Night Live” skit staged by the editors of Politico, none of it comes close to confronting the question I went into a 2-hour-and-12-minute film about Dick Cheney in ardent hopes of getting an answer to. Namely: Who is Dick Cheney? How did he get to be the domineering bureaucrat-scoundrel he is? Why did he become so extreme? What is it that makes this scheming man, with the cold ticker that keeps on ticking, tick?

As you watch “Vice,” it’s not that the film comes up with an answer that’s overly glib or unconvincing; it doesn’t come up with much of an answer at all. The Dick Cheney of “Vice” looks and talks and operates just like the Cheney we’re familiar with, but in terms of his underlying spirit he might as well be a kabuki figure. The audience, in trying to suss out his motivation, let alone (gulp!) his inner life, is forced to fall back on abstractions like “greed” and “power” and “a flagrant contempt for democracy,” the sort of labels that add up to a liberal-left indictment but do little to explain, on a level of personal psychology, the crucial issue of how American right-wing patriotism got hijacked into something so corrupt. “Vice” is a preaching-to-the-choir movie, but its real limitation is that it refuses to grant its subject the full humanity that would deepen the argument against him into something more than a standard progressive fusillade.

What makes this flaw more curiously glaring is that the film opens with a portrait of the young Cheney as a total screw-up, a loser with no ambition. “Vice” starts in the early ’60s, when Cheney is a boozing-and-fighting lout (not so different from the collegiate George W. Bush) who gets himself kicked out of Yale and winds up working as a phone lineman. This does not exactly please his financée, Lynne, played by Adams as a straight shooter who thought Dick would take care of her. She’s disgusted by the fact that she’s set to marry a drunk, and Dick, who loves her devotedly, will do anything to get back in her good graces.

Yet even as the movie cuts to 1968, when Cheney has won a coveted spot in a Congressional internship program in Washington, D.C., he doesn’t display any special qualities or ambition. He attaches himself to the conservative Illinois congressman Donald Rumsfeld, played with cartoon energy (though not a lot more) by Steve Carell. When the Cheneys and Rumsfelds go out to dinner, and Donald is charmed as hell by Lynne’s rascal humor, that’s as close as we get to an explanation of Dick’s early rise.

He’s a man who likes being in the shadows; his first office is almost literally a closet, and he’s totally at home there. By the time Richard Nixon resigns from the presidency, Cheney and Rumsfeld are ready to ride the ascension of Gerald Ford into the center of a national power vacuum, but even after Rumsfeld is appointed Secretary of Defense, paving the way for Dick to become the youngest White House Chief of Staff in history, it’s not clear that he’s anything but a hanger-on to power, a lackey who got lucky.

“Vice,” for a while, treats Dick as a kind of Zelig/Candide figure, tripping through decades of Republican power games. He doesn’t become the ultimate cards-to-the-vest player until he’s confronted by the surreal prospect of George W. Bush, a third-rate myopic boob, running for president. The way he secures the role of vice president is vintage Cheney. As the film portrays it, when Dick initially turns down the offer, volunteering instead to be the one-man search committee that will help W. find his vice, it’s all a charade. He does it as a kind of soft-shoe, mostly to fool Lynne (who doesn’t want him to become vice president), knowing that George will ultimately offer the job to him because of his need to please a father figure just like Dick. Rockwell does a spot-on impression of Bush’s pleasure-driven obliviousness (he’s more interested in barbecue than policy), and by the time Cheney gets in there, he’s already controlling everything.

Is that how it really happened? Maybe so, but the film’s smirkiness doesn’t always translate to a tone of authority. Take the seismic event of Colin Powell, in the run-up to the Iraq War, agreeing to testify before the United Nations about WMDs. Anyone with a brain watching that crucial testimony knew not simply that Powell was lying, but that he was betraying every vestige of integrity he had (except for the military value of following orders). The question, of course, is: How did that all go down behind the scenes? McKay answers it by having Tyler Perry play Powell — a piece of stunt casting that never gels, since Perry doesn’t nail Powell’s gravitas — and then staging a scene that fails, in any meaningful way, to show us what actually happened. Instead, he creates a glib riff on the abstract cliché in our heads.

As it turns out, the message of “Vice” isn’t about what’s going on in Dick Cheney’s soul. It’s that Cheney, once he becomes vice president (the ultimate bureaucratic command post), does more than anyone before him to centralize — and, therefore, dictatorialize — American presidential power. And that connects him, maybe more than we thought, to the bullying, contempt-for-the-rule-of-law leadership, and the existential crisis for democracy, that we’re right in the middle of now. Unlike Donald Trump, Cheney was an establishment figure, yet he helped to spearhead a new kind of American establishment that saw itself as renegade; it wielded the exercise of power to create its own reality. And in a sick way, as embodied by Cheney’s style of secretive authority, it was corporate office management pushed to a ruthless extreme. “Vice” shows you all this. But the movie, though it pretends to reveal how power works, is ultimately content to remain on the outside, sticking its finger in the eye of power.