Oscars 2019 Moving on without a Host 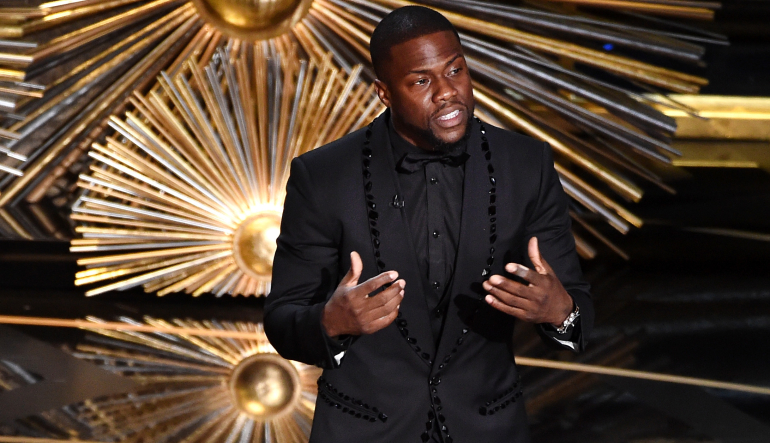 The Oscars are poised to embark on one of the most radical reinventions in the awards show’s long history. For the first time in nearly three decades, the biggest night in movies plans to go without a host, individuals with knowledge of the plans told Variety.

Producers will select a crop of A-listers to introduce various segments instead of relying on one marquee name to kick things off in a monologue filled with Trump zingers, said the insiders. The producers and the Academy of Motion Picture Arts and Sciences, the group behind the Oscars, are scrambling to line up top talent needed to carry the telecast, which is just six weeks from airing live — on Feb. 24 — from Hollywood’s Dolby Theatre. Hand-wringing at the Academy has been palpable.

As it stands, no new offers are out, nor are any expected to be made to a single potential host to fill the void left by Kevin Hart, who dropped out within hours of being selected when he refused to apologize for his past homophobic remarks that had resurfaced on Twitter.

Barring an eleventh-hour pivot by the Academy — in the event that a superstar host materializes — the show producers are moving forward with a broadcast that will focus on starry skits and play up a high-profile year for music in film, thanks to likely nominees Lady Gaga, Dolly Parton, and Kendrick Lamar, one individual involved with the show said.

The idea that Hart might be brought back to host is 100% dead, according to sources close to the matter. Hart said as much during a Wednesday sit-down on “Good Morning America,” during which he emphatically stated that he would not emcee the broadcast.

“I’m not hosting the Oscars this year,” said Hart. When asked if he will host in the future he said, “It’s hard to predict what can happen.”

The Academy had been considering welcoming Hart back if he had used the opportunity in an interview with Ellen DeGeneres to demonstrate contrition for his anti-gay jokes and recommit to hosting the show. But his sit-down with DeGeneres, a sympathetic friend, backfired when he was made out to be the victim of internet trolls and “haters” rather than the perpetrator of hateful remarks.

Scathing reactions from LGBTQ groups and others on Twitter and Facebook made it clear that Hart should not be allowed to return as host and would be a distraction from the big event. Moreover, the Academy, according to sources, was furious that DeGeneres, on her show, mischaracterized her phone conversation with an unnamed Academy official whom she contacted to lobby for Hart’s reinstatement.

DeGeneres implied that the Academy wanted Hart back at all costs, to the point of quoting someone in the ranks admitting the organization may have “said the wrong thing” in discussing Hart’s exit.

While the Academy never commented on the veracity of the call, or whom it may have been with, one person said DeGeneres took the remarks out of context. A rep for DeGeneres had no comment.

An Academy spokesperson would not remark on the status of the host position or the new format of the live show.

Since his botched “Ellen” appearance, Hart has continued to double down on his unwillingness to engage in meaningful discussions with an unhappy LGBTQ community. As recently as Jan. 7, on his SiriusXM satellite show, he said it was not his “life’s dream” to be an ally to the queer community. Back-channel attempts to mitigate fallout through avenues like his agency, UTA, have been unsuccessful, an insider familiar with conversations with his team said. Hart remains “the brick wall” where discourse stops, that individual said.

The concept of a hostless Oscars is divisive, to say the least. Executives were heard bemoaning the idea on the Golden Globes after-party circuit. One top media boss found the prospect potentially fatal, noting that hosts are often the biggest draw for such splashy live TV events.

A partner-level talent agent concurred, saying he was less interested in Hart’s downfall, but wondered who would watch the show without a famous face as conductor to keep the trains running?

Then there are those who suggest that going without a host may prove to be a positive.

“Why not give it a shot? Things are so polarized anyway, any host that says anything will be analyzed to death,” suggested media consultant Brad Adgate. “No host might be an experiment, and, let’s face it, the days of Bob Hope and Billy Crystal hosting are over,” Adgate told Variety.

The Oscar telecast has gone without a single host precisely once, 30 years ago. That broadcast lives in infamy: Producer Allan Carr and director Jeff Margolis mounted an 11-minute musical number to open the show in lieu of a host monologue. The opening gave us Rob Lowe’s version of “Proud Mary,” a duet with Snow White. Lowe is still trying to live it down.

There have also been years with a crowded slate of names sharing the duties, as in 1958, when Bob Hope, Jack Lemmon, Rosalind Russell and Donald Duck (yup) were among those named as hosts. In 1973, Carol Burnett, Michael Caine, Charlton Heston and Rock Hudson all split the gig. The last time more than three people hosted was 1987, when Chevy Chase, Goldie Hawn and Paul “Crocodile Dundee” Hogan took the stage. The last time more than one person hosted was 2011, the year of James Franco and Anne Hathaway. We all remember how that went.

Oscars producer Donna Gigliotti is also looking at ways to trim a show that has been accused of being interminable and bloated, insiders said. That may entail shaking up the usual monotonous stream of presenters calling up winners, though how exactly Gigliotti and team will tinker with that remains to be seen.

The good news, people familiar with Gigliotti’s plans said, is that key changes to this year’s ceremony have minimized the role of the host anyway. The new style and pacing of presenters will require less time from an emcee, one of the sources said.

That’s pretty convenient for a production mired in this much controversy and uncertainty, but the Academy did lay the groundwork for an overhaul in a slew of changes announced last summer (among them: a definitive shortening of the show to three hours and the removal of lesser-known awards categories — think editing and sound — from the live show, instead being aired in a clip package near the end of the broadcast).

“The people who produce that show are hogtied by the Academy, who as a group are not willing to change very much. It’s hard to know how anyone in my community can really contribute,” one prolific awards show and live events producer told Variety, speaking on condition of anonymity.

The producer did not share the same fears as some over an Oscarcast without an emcee, saying that in recent years, awards programs in general have fixated too much on the role of host.

“When you make these shows, you are beholden to the race. If it’s a great race, it’s a great show. If it’s not a great show, you’re hanging a lot on that host and they’re not going to save you. They’ll give a few good moments,” the producer said.

Moments will be important. Questions about the quality and relevance of the Oscars bubbled up after last year’s ratings delivered an all-time low, a drop of nearly 19% year over year to 26.5 million viewers.

Even Rob Lowe’s mortifying “Snow White” Oscar moment was watched by 42.6 million people when it aired 30 years ago.