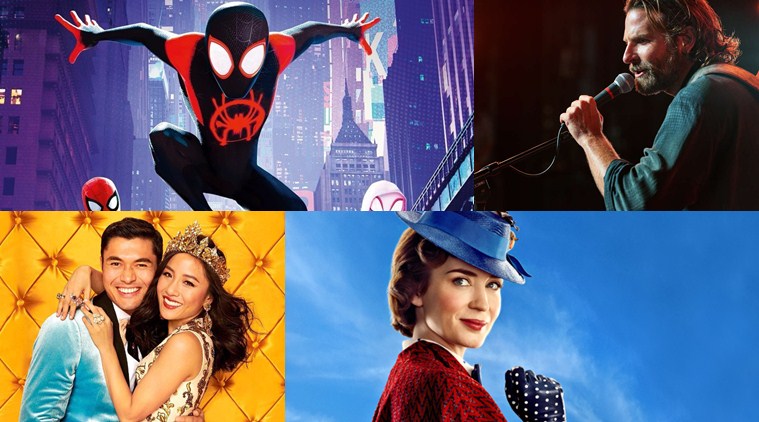 In a year without a frontrunner for best picture, the Academy Awards nominations on Tuesday morning picked a clear favorite (or two). “Roma” and “The Favourite” led all films with 10 nominations each. “A Star is Born” and “Vice” followed with eight nominations apiece. “Black Panther,” which scored seven nods, made history by becoming the first comic book movie to land in the best picture race.

But it wouldn’t be the Oscar nominations without some surprising snubs. One of the biggest omissions was that Bradley Cooper failed to crack the directing category for “A Star is Born,” the box-office juggernaut which has grossed more than $400 million worldwide. Timothee Chalamet also missed out for his second career nomination for “Beautiful Boy.” And why weren’t any of the actors from “Black Panther” nominated?

Here are the 15 biggest Oscars snubs and surprises.

Snub: Bradley Cooper for directing “A Star is Born”
Cooper got Afflecked. The Academy director’s branch is notorious for snubbing actors who step into the director’s chair. And Bradley Cooper, who was considered a lock for making the box-office phenomenon “A Star is Born,” has now joined the ranks of Barbra Streisand (“Yentl”), Ben Affleck (“Argo”) and Angelina Jolie (“Unbroken”), as actor-directors who failed to receive their proper due. What’s so strange about this snub is that Cooper seemed to only be campaigning as a director—not an actor (where he wasnominated today)—on the awards trail.

Snub: “First Man” gets shut out of main categories
After winning the best director Oscar for “La La Land,” Damien Chazelle’s follow up movie about Neil Armstrong got no Oscars love in the main categories. No Ryan Gosling for best actor. No Claire Foy for best supporting actress. And no best score for Justin Hurwitz, which was considered a layup after winning the category at the Golden Globes. “First Man” did, however, score four nominations in the tech categories.

Snub: Timothee Chalamet, “Beautiful Boy”
The “Call Me By Your Name” star was due for his second consecutive Oscar nomination for playing a drug addict in the Amazon Studios release. But mixed reviews for the film, combined with the Academy’s tendency to snub performances by young male heartthrobs (just ask Leonardo DiCaprio about “Titanic”), may have hurt him.

Snub: Ethan Hawke, “First Reformed”
Many pundits thought that Hawke, who had been sweeping the critics’ awards, would receive his third career acting nomination for Paul Schrader’s drama about a troubled pastor.

Snub: Emily Blunt, “Mary Poppins Returns” and “A Quiet Place”
Blunt received two SAG nominations this year for her performances in the Disney musical and the thriller directed by her husband John Krasinski. But neither role got in the Oscars race. If you’re counting at home, Blunt has never been nominated for an Oscar—after missing out for “Into the Woods” and “The Devil Wears Prada”—making her the most overdue actress in Hollywood for some recognition from the Academy.

Snub: Michael B. Jordan, “Black Panther”
While “Black Panther” made history as the first comic-book movie ever nominated for best picture (with seven nominations total), not a single actor in its cast was recognized. Its strongest chances were with Michael B. Jordan as Erik Killmonger, for playing the best villain in the genre since Heath Ledger as the Joker.

Snub: Toni Collette, “Hereditary”
Collette delivered one of the most critically acclaimed performances of the year in the “Hereditary,” beating Glenn Close at the Gotham Independent Film Awards in November. But she wasn’t included in the Oscars best actress category.

Snub: Nicole Kidman, “Destroyer” and “Boy Erased”
In a less competitive year for actress, Kidman could have added her fifth (and maybe sixth) career nominations for “Destroyer” or “Boy Erased.” In the former film, playing a Los Angeles detective, she disappeared onscreen with a limp and facial prosthetics. And out of Toronto, there was a lot of buzz for her supporting role as the Baptist mother who took her son to gay conversion therapy.

Snub: “Eighth Grade” misses out for screenplay
Writer-director Bo Burnham has been one of the breakout stars of this year’s awards circuit. So it’s surprising that his Sundance darling “Eighth Grade,” distributed by A24, was not among the nominees for best original screenplay.

Snub: “Burning” for best foreign film
The South Korean thriller starring Steven Yeun was expected to be one of the foreign film nominees given its rave reviews.

Surprise: Both “Roma” actresses are nominated
Throughout awards season, despite the overall love for “Roma,” its cast had largely been overlooked. The Academy fixed that oversight by nominating both Yalitza Aparicio (best actress) and Marina de Tavira (supporting actress) in Alfonso Cuaron’s drama about domestic workers in Mexico, helping boost “Roma” to a total of 10 Oscar nods.

Surprise: Pawel Pawlikowski for directing “Cold War”
The Polish director made a surprise appearance, pushing out Bradley Cooper (“A Star is Born”) and Peter Farrelly (“Green Book”). Along with “Roma,” this is the first time in modern history that two of the best director nominees came from black-and-white foreign language films.Biggest Oscar Winners of All TimeVolume 90%