Liam Neeson Says he is not Racist on Controversial comments 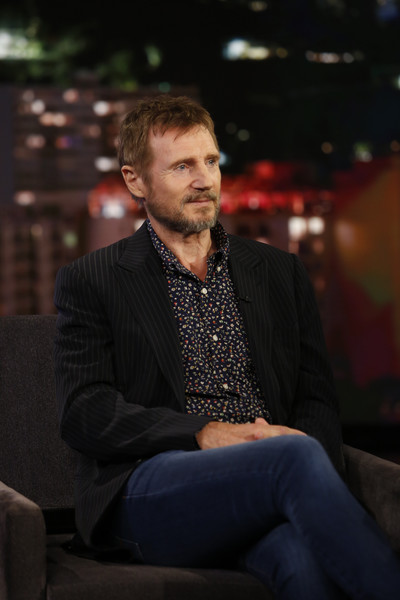 Neeson was the subject of controversy when he revealed in an interview earlier this week with the Independent that was hoping to kill some “black bastard” upon learning his close friend was brutally raped over 40 years ago.

The actor contended to “GMA” host Robin Roberts that his comments were taken out of context. “I’m not racist,” he insisted.

“I never felt this before, which was a primal urge to lash out,” he explained to Roberts. “I asked her, ‘Did you know the person? It was a man? His race?’ She said he was a black man. I thought, ‘Ok.’ After that, there were some nights I went out deliberately into black areas in this city, looking to be set upon so that I could unleash physical violence. I did it for maybe four or five times. It really shocked me, this primal urge I had. It shocked me and it hurt me. I did seek help. I went to a priest. I had two very good friends I talked to, and believe it or not — power walking — to get rid of this.”

Robins explained that people were upset because Neeson asked about the color of the attacker’s skin, rather than other attributes like his height or weight.

“I asked all those questions too,” he qualified. “But I did ask about race.”

Neeson said he would have had the same reaction if his friend said her rapist was a white man.

“I know I would have had the same effect,” he said. “I was trying to show honor and stand up for my dear friend in this terrible, medieval fashion. I’m a fairly intelligent guy and that’s why it shocked me when I came down to Earth after having these horrible feelings. Luckily, no violence occurred ever.”

Neeson then turned the tables to Roberts, asking her what she thinks the teachable moment should be.

“The one point I want to make out is that this wasn’t discovered by somebody. You admitted this,” she said. “This isn’t a gotcha — so I will give you credit there. But also having to acknowledge the hurt, even though it happened decades ago, the hurt of an innocent black man, knowing he could’ve been killed for something that he did not do because of the color of his skin.”

Roberts commended Neeson for not shying away from the situation and addressing it head-on. “You have to also understand the pain of the a black person hearing what you said,” she said.