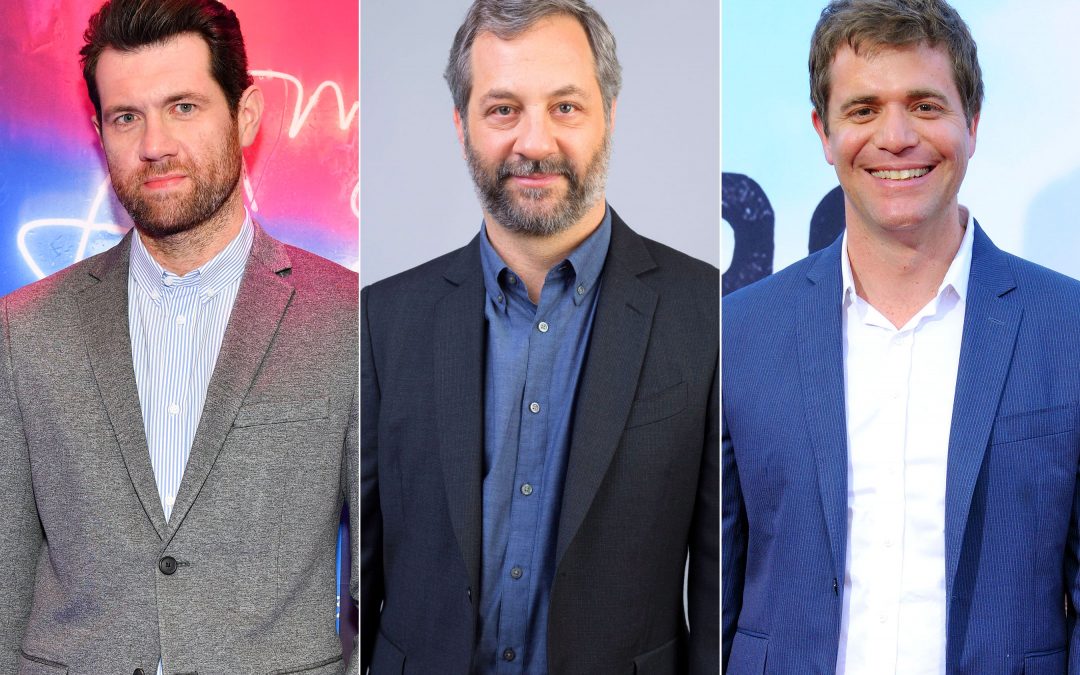 Billy Eichner is teaming up with Judd Apatow and Nick Stoller in a romantic comedy for Universal.

Eincher will star in the movie and co-write the screenplay with Stoller, who will direct. Apatow will produce the film about two men with commitment problems attempting a relationship.

It’s the second Apatow project unveiled by Universal in the past week. The studio announced last week that Apatow would direct and produce Pete Davidson’s currently untitled semi-autobiographical comedy. It has already been given a prime summer release date of June 19, 2020.

Eichner is a three-time Emmy nominee for his series, “Billy on the Street.” His credits include “Difficult People” and “Parks and Recreation.” He is currently developing his first comedy special for Netflix. On the TV front, he’s starring in Season 2 of Netflix’s “Friends From College” and recently appeared in Ryan Murphy’s “American Horror Story: Apocalypse.”

Stoller’s directing credits include “Forgetting Sarah Marshall,” “Neighbors,” “Get Him to the Greek,” and “Storks.” He’s the co-creator of “Friends from College.” Apatow’s producing credits include “The Big Sick,” “Bridesmaids,” “This Is 40,” “Trainwreck,” and “Funny People.”