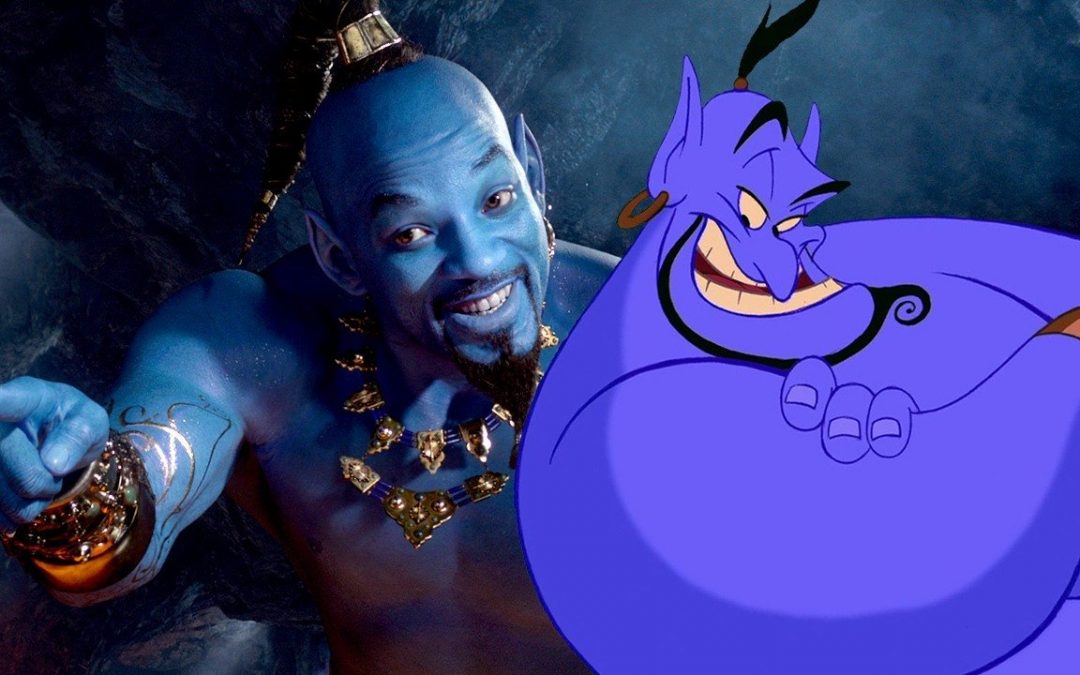 The latest look at Disney’s live-action “Aladdin” is here, revealing Will Smith in his full blue Genie form for the first time.

Twenty-seven years after the animated “Aladdin” became a classic, Disney dropped the new trailer during the Grammys on Sunday night.

In addition to Smith’s Genie, who towers over Mena Massoud’s Aladdin in his bulked-up blue form, we get looks at the villainous Jafar (playing by Marwen Kenzari), Naomi Scott’s Princess Jasmine, and the sprawling city of Agrabah.

Navid Negahban will be playing the Sultan with Billy Magnussen as a new character called Prince Anders. Frank Welker will reprise his role as voice actor for Abu, Aladdin’s mischievous pet monkey, as well as the voice of the Cave of Wonders, the sand guardian featured in the first teaser trailer released in October. No word yet on who will voice Iago, Jafar’s parrot — original actor Gilbert Gottfried is reportedly not involved in the film. Original songs from the 1992 film will be remade, along with some new music from composer Alan Menken.