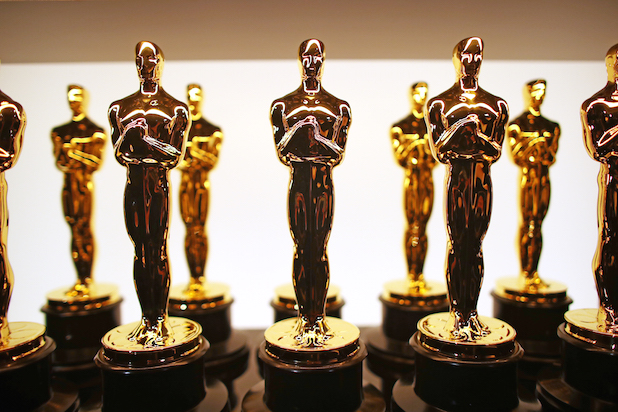 At 5 p.m. Tuesday on the west coast it’ll be pencils down for Oscar voters, so to speak. Or maybe in an era of online voting, it’s more like laptops closed. Either way, polling for the 91st annual Academy Awards officially concludes in a few short hours. Five days from now, we’ll find out which films will walk away with little gold men.

Will there be surprises? There always seem to be a few. With the Academy’s membership ranks steadily shifting, growing at a rate of some 900 new voices a year, it’s going to be increasingly difficult to peg down the group’s collective taste. That’s probably a good thing, but it won’t stop us from taking a stab at it.

With that, below are In Contention’s final predictions for this year’s Oscars. We have the Academy spreading the love, with “Bohemian Rhapsody,” “Green Book,” and “Roma” leading the way at three wins apiece, and two each for “The Favourite” and “Vice.”

Read on for our final analyses of all 24 categories, and tune in Feb. 24 to see how right (or wrong) we were.

With this officially being the most wide-open race we’ve ever seen (at least based on precursors), it’s fair to say best picture could go to any of the eight nominees. But “Green Book” has won the Golden Globe (comedy or musical) and producers guild award, while “Roma” has won the directors guild and British Academy (BAFTA) prizes, so it feels like a battle between the two. It may come down to the preferential ballot, used only in this category, and whatever X factor the Academy’s ever-evolving membership represents. My hunch is “Green Book” is more broadly palatable and allows voters who want to put the brakes on Netflix’s ascent to do precisely that. But if there’s a true shocker lurking, it could be drama Globe winner “Bohemian Rhapsody,” which has won the most overall guild/industry group prizes (from the American Cinema Editors, Cinema Audio Society, and Motion Picture Sound Editors, plus a SAG-AFTRA award), and it has been utterly immune, much like “Green Book,” to pointed criticisms this year.

“Green Book” helmer Peter Farrelly is absent from the lineup here, but the director category has split from best picture four of the last six years. That has become normalized thanks to the preferential ballot. This is one of multiple categories where voters can honor both Alfonso Cuarón and Spike Lee, but the former has emerged as the favorite of the season, winning the Golden Globe, Critics’ Choice, DGA and BAFTA awards.

ACTOR IN A LEADING ROLE

This category has gone to an actor starring in a biopic 11 of the last 16 years. Either Rami Malek or Christian Bale would make it 12, but Malek, like Cuarón in his category, has been on a tear. The industry has embraced “Bohemian Rhapsody” in spite of, and perhaps even to spite, its embattled director Bryan Singer, and Malek’s trajectory has been at the forefront of that surge.

ACTRESS IN A LEADING ROLE

This might be a closer finish than you think. Glenn Close is overdue and has claimed Golden Globe (drama), Critics’ Choice (albeit in a tie) and SAG-AFTRA honors. Olivia Colman, meanwhile, has also claimed a Golden Globe (comedy) and a Critics’ Choice prize (comedy, though no tie), plus a BAFTA trophy. Is Close’s narrative enough to make the difference in a tight race? Maybe.

ACTOR IN A SUPPORTING ROLE

Like Cuarón and Malek, Mahershala Ali has dominated the industry awards circuit in this category. Critics champ Richard E. Grant’s last stand was at the BAFTA awards, where Ali still managed to pull off the win, but he has certainly been a delightful presence on the circuit, and that could help him make up some ground. Ultimately, though, all signs are pointing to Ali.

ACTRESS IN A SUPPORTING ROLE

Speaking of critics champs, Regina King was wildly successful on that circuit, claiming more than 25 awards. But she wasn’t nominated by SAG-AFTRA or the British Academy, where Emily Blunt (“A Quiet Place”) and Rachel Weisz reigned, respectively. Blunt isn’t a factor at the Oscars, so it could be a race between King and Weisz, but it could also be even more up-for-grabs than that.

This is the place voters can easily honor Lee (along with his three co-writers). But while “BlacKkKlansman” was cruising through the season with the most critics’ wins in the frame and a BAFTA award to boot, “Can You Ever Forgive Me?” stunned with a victory at the WGA Awards. So Lee’s Oscar might not be as locked-in as some assume. Fun fact: If “BlacKkKlansman” does win, it will become just the fifth film ever to win a screenplay Oscar with four credited writers, following in the footsteps of “Pygmalion,” “Mrs. Miniver,” “Pillow Talk” and “Birdman.”

Will win: “BlacKkKlansman”
Could win: “A Star Is Born”
Should win: “The Ballad of Buster Scruggs”
Should have been here: “Spider-Man: Into the Spider-Verse”

This is a bit of a toss-up. If “Green Book” is poised to win best picture, then screenplay ought to follow. It wouldn’t be odd, necessarily, for a film to win the top prize and just one other award, but you have to go back nearly 80 years before you find such winners that didn’t match best picture with a screenplay trophy. “The Favourite” won the hometown BAFTA prize and wasn’t eligible for a writers guild award, while “Green Book” won the Golden Globe. Not to be forgotten, Paul Schrader — perhaps a sentimental pick — won the Critics’ Choice award, and in a true shocker, the WGA opted for “Eighth Grade,” which wasn’t Oscar-nominated.

Will win: “Green Book”
Could win: “The Favourite”
Should win: “First Reformed”
Should have been here: “Blindspotting”

Alfonso Cuarón dropped this prize to “Cold War” at the American Society of Cinematographers’ awards, but he won the BAFTA honor and countless others. He was the first director ever ASC-nominated (or, for that matter, Oscar-nominated) for shooting his own film, so maybe a win was simply a bridge too far for the lensers. It seems like an easy get when opening it up to the full membership of the Academy, though.

Will win: “The Favourite”
Could win: “Mary Poppins Returns”
Should win: “Black Panther”
Should have been here: “If Beale Street Could Talk”

This is a very tricky category this year but it seems worth it to let BAFTA voters point the way, as they have in a few other similarly tricky races in recent memory (“Whiplash,” “Hacksaw Ridge”). The most conspicuous cutting tends to take it, so it’s either the kinetic Dick Cheney biopic or the kinetic Freddie Mercury biopic.

You have a best picture nominee with eight total nominations, including three acting notices that showcase the makeup work, versus a film with just two nominations and another that was only recognized here. You can probably put your chips on “Vice” with confidence. (BAFTA opted for “The Favourite,” which was not nominated here.)

Will win: “Vice”
Could win: “Mary Queen of Scots”
Should win: “Border”
Should have been here: “Black Panther”

“Black Panther” won the Grammy over last year’s Oscar winner, “The Shape of Water.” (Overlapping calendar years tend to force weird match-ups like that.) But “If Beale Street Could Talk” was probably the most laureled work on the regional critics circuit short of the bizarrely Oscar-snubbed “First Man.” Musical “Mary Poppins Returns” is probably the real spoiler of the bunch, though. Tough call, but here’s a note: Best picture nominees almost always tend to have the leg up in this category, so that would make it “Black Panther” or “BlacKkKlansman.”

Will win: “Black Panther”
Could win: “Mary Poppins Returns”
Should win: “If Beale Street Could Talk”
Should have been here: “First Man”

This has possibly been the most locked-in win of the season. Lady Gaga, Oscar winner.

See “Best Costume Design.” Granted, the design categories have split more often than not lately, and “Black Panther” is formidable. But again, a dominant, period-set best picture player is hard to bet against.

Will win: “The Favourite”
Could win: “Black Panther”
Should win: “Roma”
Should have been here: “Isle of Dogs”

The sound categories boil down to a moonshot biopic relegated to the Academy’s crafts fields and a pair of best-picture-contending musical dramas. The smart play is to pick one for both, but the sound editing category is where things can sometimes get interesting, particularly when musicals are in play. In general, though, focus on the best picture nominees. “Bohemian Rhapsody” won the BAFTA sound prize (the Brits combine these into one category) as well as a pair of MPSE awards, so it’s probably in the lead here.

See “Best Sound Editing.” There’s a slight chance the Academy goes for “First Man” in a big way in these last few categories, though.

“Avengers: Infinity War” dominated the Visual Effects Society’s awards, making it the clear favorite among the actual artisans in the VFX trenches. But “First Man” picked up a VES prize as well, and again, we’re opening it up to the Academy at large here. So Damien Chazelle’s space drama could spoil the big effects-heavy blockbuster, just as films like “Ex Machina” and “Hugo” have in recent years. Not to mention, it’s the only film in the lineup with multiple nominations this year. (BAFTA, by the way, is no help after awarding “Black Panther,” which wasn’t nominated by the Academy.)

Will win: “First Man”
Could win: “Avengers: Infinity War”
Should win: “Ready Player One”
Should have been here: “Annihilation”

“Spider-Man: Into the Spider-Verse” has completely dominated this race every step of the way, but “Incredibles 2” skyrocketed into the list of top 10 domestic box office grossers of all time with a tally north of $600 million. It’s also prestige Pixar and critically acclaimed to boot. This feels like a major upset waiting to happen, but I’ll try to keep the faith.

“Cold War” is a potential spoiler here if only because a number of voters who pick “Roma” in the top field could spread the love in the foreign-language category. Otherwise this feels like an easy get for Mexico and Cuarón.

It would make sense for the Academy to go for “RBG,” given the tenor of contemporary American politics. Not to mention, Supreme Court Justice Ruth Bader Ginsburg made it back to the bench last week, right in the thick of Oscar voting. (Just saying!) Across the pond, however, BAFTA voters opted for “Free Solo,” and that could be a harbinger. National Geographic’s campaign turned it on in the final stretch as rock climber Alex Honnold became a full-blown rock star (no pun intended). The film also notably got a big pop at the Oscar nominees luncheon earlier this month.

Will win: “Free Solo”
Could win: “RBG”
Should win: “Minding the Gap”
Should have been here: “Shirkers”

For the most part, you have to just go with your gut in the shorts categories. For docs, personally speaking, nothing left a mark like “Black Sheep,” a subjective study in the psychological toll of racism. Netflix has a pair of contenders in “End Game” and “Period. End of Sentence.” (ultimately the lightest of the bunch), and either could easily take it. But again, going with my gut…

All of this year’s animated short nominees aim for the heart strings, save for the more irreverent “Animal Behaviour.” While Pixar doesn’t necessarily dominate this category (contenders like “La Luna” and “Lou” have missed), “Bao” is likely to stand out amid all those same-y feels.

Will win: “Bao”
Could win: “Weekends”
Should win: “One Small Step”

While the animated shorts are mostly heartfelt offerings, the live action shorts are overwhelmingly dark and depressing. The one film that allows some space to breathe and feel the least bit good probably has a leg up, then.

And that’s a wrap! One more time, here are In Contention’s final predictions for the 91st Academy Awards: