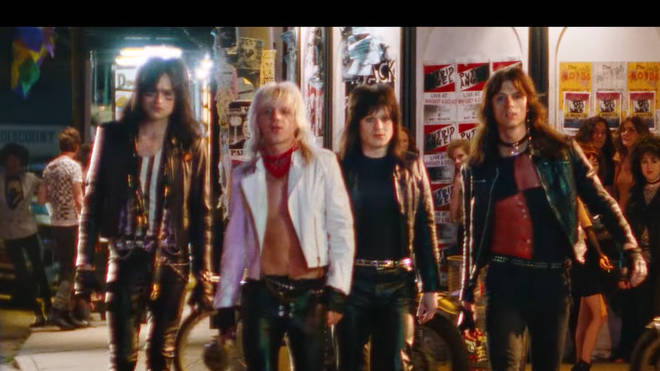 Netflix has dropped the first trailer for its Motley Crue biopic “The Dirt” — based on Neil Strauss’ best-selling history of the legendarily bad-behaved ‘80s metal icons — and it looks like the film pulls no punches in terms of the band’s famously sordid history.

While much of this territory has been covered in the VH1 “Behind the Music” on the group, judging by the trailer the biopic treatment has vividly brought it all to life.

Jeff Tremaine, who helmed the “Jackass” movies, is directing the film from a script by Rich Wilkes and Amanda Adelson. Julie Yorn, Erik Olsen, and Allen Kovac are producing, while Chris Nilsson, Steve Kline, and Rick Yorn are exec producing. Members of Motley Crue are co-producing.

“The Dirt” book was originally issued in 2001 and the film moved from studio to studio for many years, landing at Paramount Pictures more than a decade ago. Larry Charles was initially attached to direct “The Dirt” for Paramount and MTV Films in 2006. Focus then came on in 2015 while the band was on its final tour. At that point, Tremaine and the current producers were on board.