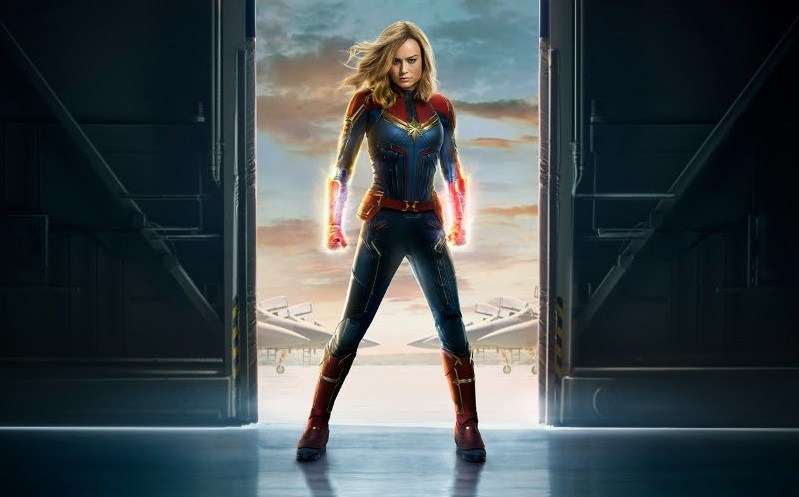 Disney’s “Captain Marvel” finally settled the score on one of Hollywood’s biggest misconceptions: Female superheroes can hold their own at the box office.

That’s the big takeaway from the opening weekend of “Captain Marvel,” the studio’s first comic-book movie to put the spotlight on a female heroine. “Captain Marvel” — starring Brie Larson — debuted with a mighty $455 million globally, the sixth best start for a movie of all time. Larson’s Carol Danvers is in rarefied company among her Spandexed cohorts: “Captain Marvel” ranks as the second-biggest launch for a superhero movie worldwide, behind “Avengers: Infinity War.”

“‘Captain Marvel’ shuts the door on that conversation. It slams the door, in fact,” said Jeff Bock, a box office analyst with Exhibitor Relations. “Female superhero films of the past like ‘Catwoman’ and ‘Elektra’ were bad films — that’s all we have to say about them. You look at ‘Wonder Woman’ and ‘Captain Marvel,’ they are good films put together by strong creative teams. That’s the difference.”

Not even online trolls who tried to tamper with hype surrounding “Captain Marvel” could stop the heroic warrior’s ticket sales from climbing higher, further, and faster than anticipated. “Captain Marvel” smashed records for the biggest debut of the year at the domestic box office, posting $153 million from 4,310 theaters. Its opening weekend performance falls just behind “Black Panther” ($202 million) as the strongest debut for a superhero origin story in North America. Overseas, “Captain Marvel” pulled in a massive $302 million, including $89 million in China, representing the fifth-highest international opening weekend ever.

It wasn’t just young women who turned out to see the on-screen adventures of Carol Danvers, the Air Force pilot who becomes an intergalactic hero. Males accounted for 55% of audiences, while 74% of moviegoers were over the age of 25. It’s nice to see the guys getting behind some female empowerment too.

Fans were also willing to shell out some extra cash for a more luxurious theatrical experience. Imax screens accounted for $36 million of “Captain Marvel’s” ticket sales, ranking among the top five debuts of all time at Imax theaters.

“With Marvel, nothing surprises me,” Cathleen Taff, Disney’s president of distribution, said of “Captain Marvel’s” opening weekend. “[Producer] Kevin Feige continues to deliver amazing content that pushes the envelope on diversity so anyone can see themselves as a superhero.”

“Captain Marvel” also topped the results for “Wonder Woman,” the superhero movie that should have ended any prejudices about female heroes’ box office clout for good. In 2017, “Wonder Woman” paved the way, hinting to Hollywood that (shocker!) audiences will still turn out for a movie centered on a female protagonist. DC’s first female-led superhero film — starring Gal Gadot and directed by Patty Jenkins — launched with $103 million at the domestic box office.

Even without the same kind of name recognition that Wonder Woman benefited from, “Captain Marvel” soared past that start. That’s in part because Marvel has such a strong track record, a hero doesn’t need to be a household name to entice audiences. Before “Aquaman” swam along to show moviegoers that “Wonder Woman” wasn’t a fluke, Princess Diana had to also show that Warner Bros.’ DC Extended Universe could hold its own in the superhero genre. That’s not a responsibility Marvel has to face. In fact, “Captain Marvel” just further proves that Feige and Co. have built a bulletproof empire. Following the record-breaking success of “Black Panther,” Marvel continues to display an appetite for inclusion.

“We are in the golden age of superhero movies,” Bock said. “No race, no creed, no sex should be excluded from that. It’s clear fans want all sorts of heroes.”

Timing isn’t everything, but in “Captain Marvel’s” case, it certainly does help. Disney positioned “Captain Marvel” to be a key link between “Avengers: Infinity War” and its follow-up, “Avengers: Endgame,” the epic conclusion that arrives in theaters this summer. After Marvel teased Larson’s heroine during a post-credits scene in “Infinity War,” comic-book fans had to hit up their local multiplex to see how Carol Danvers becomes the last, best hope after Thanos turned half the galaxy to dust at the end of the last superhero mashup.

“It’s huge win for Marvel and everything to do with how they position their films and the credibility that Marvel has,” Bock said. “People will see any movie that has Marvel on it, regardless of who is in the suit. Their marketing is unmatched.”