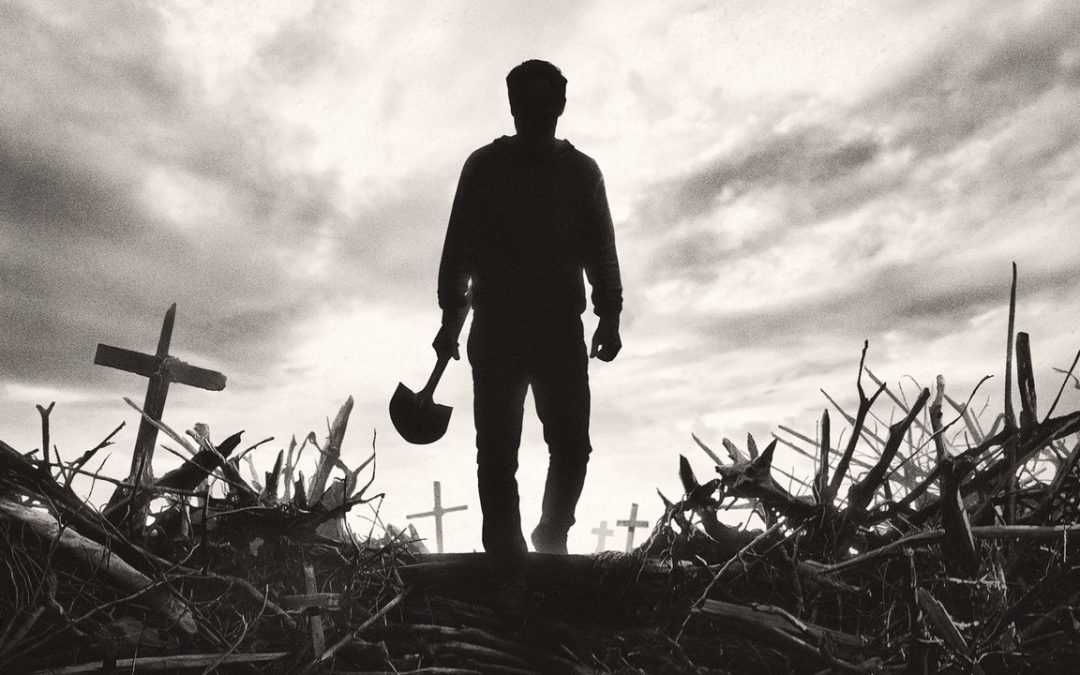 In Stephen King’s “Pet Sematary,” the big-city Creed family moves to rural Maine, inadvertently buying a plot of land that includes an ancient Indian burial ground. If you inter a beloved feline correctly in the creepy pet cemetery behind their house, it’s liable to come back … different. Same goes for cadavers of the non-cat variety — including humans hit by passing traffic. So goes the “Be careful what you wish for” premise of what many consider to be the horror writer’s scariest novel.Of the 70-odd theatrical adaptations of the King’s oeuvre to date, maybe a dozen actually deliver. Amid that hit-and-miss filmography, the 1989 reanimated-animals chiller ranks among the most effective big-screen translations of the prolific author’s work. That earlier nightmare-inducing version of “Pet Sematary” isn’t so much remade as resurrected in co-directors Kevin Kölsch and Dennis Widmyer’s 30-years-later take, a mostly faithful cover version of that earlier film — with a few key twists, none of which will be revealed here.Sticking to the familiar, the movie opens with doctor Louis (Jason Clarke) and stay-at-home mom Rachel Creed (Amy Seimetz) driving to their new place, with daughter Ellie (Jeté Laurence), son Gage (played by twins Hugo and Lucas Lavoie), and a purring kitty in the backseat. Ellie seems excited to be living in the country, wasting no time before exploring her big backyard — which includes acres upon acres of dense forest, and what appears to be a funeral procession of kids in eerie animal masks, who lead her to the graveyard where many an animal “kilt on the highway” has been laid to rest.The movie is disconcertingly efficient in laying out the essentials of its plot — four minutes in, passing gas trucks are hurtling down the deadly street in front of the Creeds’ new home, and three minutes later, Ellie has set foot in the “pet sematary” — but sacrifices the kind of eccentric personal details King uses to connect (or repulse) us with the characters he’s created, along with the more introspective look at grief and loss that made the novel’s ludicrous story so effective. The script, from “The Midnight Meat Train” writer Jeff Buhler, is practically all plot, all the time, which is plenty efficient for those simply looking to be scared but a little anemic when it comes to making audiences care about these people — all of whose deaths are intended to be seen as not only shocking but tragic.

The exception is next-door neighbor Jud Crandall (John Lithgow), whose role was flat on paper but comes to life in the actor’s hands. Ellie’s first view of the old man startles her, since Jud looms tall and looks half-feral, with his sun-spotted face and mangy yellow streaks in his otherwise white beard. But there’s a kindness to Lithgow (which Brian De Palma subverted in “Blow Out” and “Raising Cain”) that expresses itself between the movie’s rudimentary lines of dialogue — a crinkle at the corner of his eyes, and a seemingly sincere concern for the young girl’s well-being — and before we know it, Jud has become both Ellie’s friend and our favorite character.

Then Church, the family cat — a Maine coon, of course — is discovered cold and bloody along the road (this is not a film suited to animal lovers). Was it hit by one of those speeding gas trucks? Or devoured by other once-dead pets? Or maybe something’s wrong with Jud, who “discovered” the corpse. In any case, the well-meaning neighbor makes a bad decision, showing Louis the way to bring pets back from beyond, bypassing the usual burial ground and guiding him through the vast CG wilderness to a cliff where digital lightning flashes as the two men perform the ritual that will be repeated a ridiculous number of times before the film’s over.

If cats have nine lives, as the proverb implies, it should surprise no one to see a missing kitty reappear after such an incident. But how many do people have? That’s the intriguing follow-up question Louis is forced to consider after a terrible accident turns one of his kid’s birthday parties into a funeral. The infamous truck scene effed up many a viewer of the original “Pet Sematary” — especially kids, scarred by exposure to a film that terrorizes its young characters. The directors count on that when re-creating the incident here, altering a few key details and updating its sense of exploitative pathos for the 21st century: That dramatic effect, where the grief-stricken father falls to his knees and unleashes a skyward scream, has become too recognizable a trope for them to recycle here.

Kölsch and Widmyer, the duo behind 2014’s Hollywood horror movie “Starry Eyes” (and several episodes of MTV’s “Scream” series), do a decent job of creating atmosphere, especially in a handful of dreams that position the audience for hallucinatory jump scares, and they intensify the frequent flashbacks Rachel experiences of her late sister’s last days, but there’s the distinct feeling that they’re not doing nearly enough to distinguish this version from the one that came before.

One undeniably disturbing upgrade: The character of Victor Pascow (played here by Obssa Ahmed), who arrives at Louis’ hospital with his brains falling out of a gaping head wound and reappears throughout to usher warnings, will be hard to erase from your mind. The filmmakers have also tweaked the humor to reflect our new post-“The Conjuring” sensibility, where audiences can be sure that the characters know when they’re making bad ideas — such as walking into a dark basement doorway or lying down beside a zombified family member in bed — and go through with it anyway, sparking inevitable laughter.

What has changed with horror in the three decades since the original’s unforgettable “No fair” ending? Instead of dreading the casualties, audiences now cheer on the “kills,” which is a troubling way to process the resurrected Creed child’s disturbing agenda. Without the kind of small details that make these characters come to life, it’s easy to feel that they exist only to be dispatched according to the directors’ whims. Most of their fates are directly repeated from the earlier version, although a radical departure is made with the film’s ending. Maybe you can teach a dead cat new tricks after all.