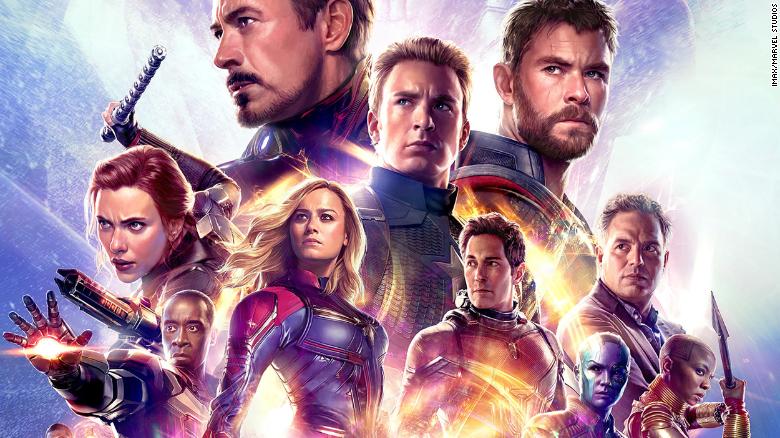 For San Diego resident Shawn Richter, “Avengers: Endgame” is more than the conclusion to a monumental period in the Marvel Cinematic Universe. As the West Coast branch chair of Avengers Initiative, a cosplay charity that raises money for causes like the Ronald McDonald House Children’s Charities, the comics of Stan Lee and Jack Kirby are deeply woven into Richter’s identity. On Monday, Richter and girlfriend Lisa Lower were invited to the world premiere of “Endgame.” As they walked down the purple carpet packed with everyone from Chris Hemsworth to Brie Larson, Richter popped the question. Spoiler alert: she said yes.

While Iron Man, Black Widow, Captain America, and the surviving Avengers gear up to battle the marble-skinned baddie known as Thanos, superfans are bracing for what is expected to be the highest-grossing weekend in moviegoing history.

It would be an understatement to say anticipation for “Avengers: Endgame” is sky-high. Movie theater chains across the globe are struggling to keep with with demand, scrambling to add as many showtimes as possible for the superhero tentpole, which serves as an end of sorts to a sprawling 22-film franchise that started with 2008’s “Iron Man.” Fandango reported that over 4,000 “Avengers: Endgame” showtimes have sold out in North America, and the ticketing service is continuously posting new screens. Some theaters are staying open for 72 hours straight starting Thursday evening to ensure no dollar gets turned down. Some soon to be sleep-deprived moviegoers have even booked tickets to 2:30 a.m. screenings of the three-hour epic. They’re sacrificing a humane bedtime for bragging rights and the chance to see the film in its first weekend.

“We continue to add shows, and they continue to sell out,” said Brock Bagby, executive VP of B&B Theaters. “We put it on as many screens as we legally could due to studio contracts.”

B&B Theaters, the family-owned theater chain based in Missouri, has spent the last month prepping for “Endgame.”

“Our biggest fear is a projector goes down, and we can’t get it back up quick enough,” Bagby said. “It’s rare, but it does happen. In a normal weekend, you’d move auditoriums, but we can’t this weekend.”

Cinemas are leaning into Marvel fever. B&B Theaters unveiled a menu of themed drinks, including the Captain S.H.I.E.L.D., Star Whiskey Sour, Hulk Smash, and Thor’s Hammer, for those daring enough to test their bladder during a three-hour movie. “Those are always our No. 1 seller on a weekend like this because people want to be part of the experience,” Babgy said.

Other independent film houses with fewer screens and older infrastructure are battening down the hatches, and doing so joyously.

“With the running time of over three hours, our primary goal is to allow sufficient intermission time to give the exiting and incoming audiences a chance to park comfortably and get inside,” said Lance Alspaugh, the owner of iconic Vista Theater in Los Angeles’ Silver Lake neighborhood. “We have our entire staff at the ready for the entire weekend with the movie running three times daily. We are all very excited.”

One of Vista’s secret weapons is community engagement. General manager Victor Martinez, a 31-year veteran of the theater, often dresses up as characters from popular films to greet moviegoers at the box office. This weekend is no exception — he’s suiting up in purple as nod to Thanos’ distinctive pigmentation.

There’s a reason exhibitors are going all in on “Endgame.” Box office analysts predict the film will enjoy a domestic opening weekend between $250 million and $268 million. Overseas, the Marvel juggernaut is already turbocharging the box office. In China, “Endgame” secured $100 million on its opening day. The film, which opens day and date across the globe, will easily surpass $800 million worldwide in its first weekend of release.

“Endgame” will be an emotional conclusion for many die-hard comic-book enthusiasts, according to Den of Geek‘s Mike Cecchini. Across the country, fans are finding each other on the community building website Meetup.com, looking to see “Endgame” and then head to a local bar or eatery to discuss the film. In Newport, Kentucky, almost 20 strangers are gathering for drinks before a 6 p.m. show at their local AMC. Similar events are lighting up everywhere from Memphis to Huntington Beach. Their enthusiasm is extending to exhibitors.

“Everybody’s shifted from consuming fan theories to preparing themselves emotionally,” said Cecchini. “This culmination of all these films has never been done, and I don’t think Marvel will ever be able to do this again.”

Adds Bagby, “Being a family-owned company, these are the moments we live for. We’re more excited than ever.”