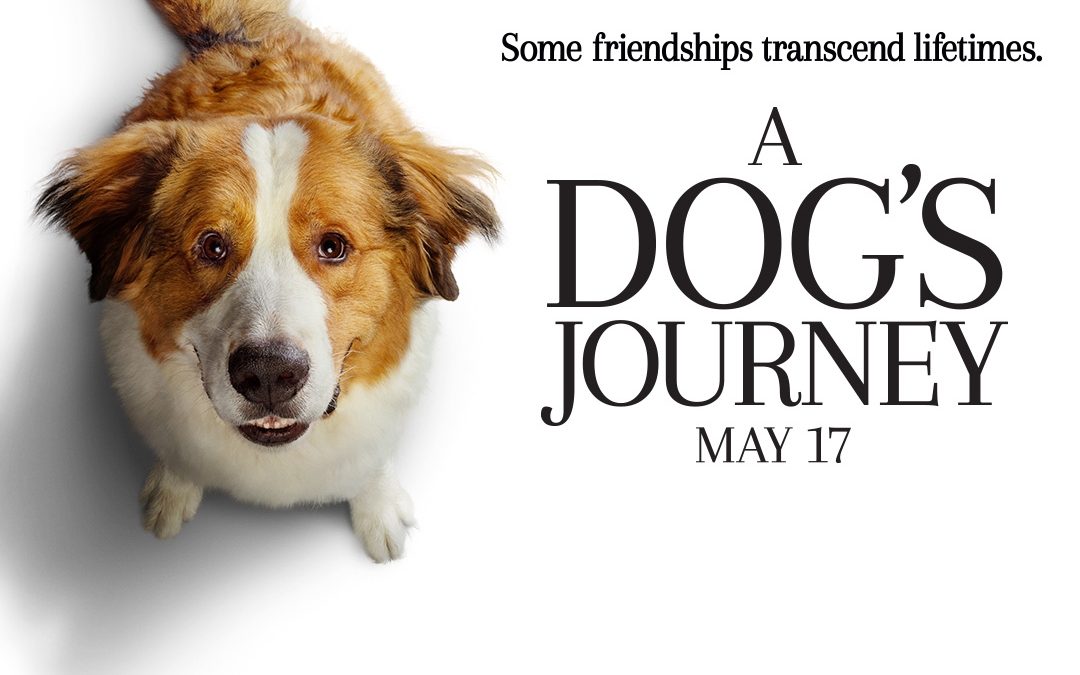 You know things are bad for women in Hollywood when there’s one female dog featured in canine cutefest “A Dog’s Journey,” and it still gets to be voiced by Josh Gad. That is, admittedly, an unavoidable consequence of this family franchise’s curious Buddhism-for-beginners premise: the idea that one mind and soul can be carried through the bodies of multiple mutts over the course of eternity, with Gad as our perky spiritual ferry through repeated rounds of Rover reincarnation. As if to compensate, Gail Mancuso’s blandly agreeable sequel to the boy-focused 2017 hit “A Dog’s Purpose” reorients its human narrative around a young woman’s troubled road to love and self-fulfilment — via the trusty companionship of various devoted pups.

That aside, fans of the first film will be delighted to find the formula pretty much untweaked, with a steady stream of corn-syrup sentiment binding what would otherwise amount to a feature-length montage of adorable doggy reaction GIFs. Like the first film — which grossed over $200 million worldwide despite early controversy over on-set animal treatment — “A Dog’s Journey” largely succeeds in spite of its own ickiest instincts. Even as its storytelling hovers on the border between capable and risible, the film knows exactly which dog-lover buttons to push, particularly those nearest the tear ducts. Replacing “Purpose” director Lasse Hallström (who retains an executive producer credit) to make a rather anonymous debut feature, Emmy-winning TV veteran Mancuso (“Modern Family,” “Roseanne”) offers less prettified styling and more sitcom-style beats. Commercially, it should bark up equivalent numbers to its predecessor.

Once more drawn from a novel by W. Bruce Cameron — who has a hand in the screenplay, along with three other writers — the new film picks up more or less where the previous one left off, with Bailey, a regal St. Bernard-Australian Shepherd cross, living out his golden years on an idyllic Michigan farm with doting master Ethan (Dennis Quaid) and his wife Hannah (Marg Helgenberger). New to the family are Gloria (Betty Gilpin, fresh from her breakout in TV’s “Glow”), the (gasp) dog-agnostic widow of Hannah’s late son, and her infant daughter CJ, whose future upbringing is a bone of contention between Gloria and her oppressively wholesome in-laws. When Gloria finally leaves, whisking CJ off to Chicago, Bailey dies not long after: In the dog’s final moments, and certainly the film’s most unabashedly weepy scene, Ethan orders its wandering spirit to look after his granddaughter.

While this franchise steers clear of any clear political affiliation, conservative family values predominate: Single motherhood, in particular, gets an unfortunate bad rap as Gloria, having turned her back on Ethan and Hannah’s heartland haven, swiftly turns into an abusive, daytime-drinking harpy. Good thing Bailey — now in the guise of eager beagle Molly — is on hand to help 11-year-old CJ through her adolescent years, complete with bad boyfriend trouble, burgeoning singer-songwriter ambitions and the steadfast support of best friend Trent (played as a child by Ian Chen, and later by K-pop heartthrob Henry Lau). (He loves dogs himself, just in case it weren’t entirely clear that he’s The One.)

After finishing school and falling out with her mom, it’s off to New York City for CJ, now played by appealing Brit actress Kathryn Prescott, of “Skins” fame. There, a different Bailey carrier — feisty Yorkshire terrier Max — sees her through assorted personal crises, all while nudging proceedings toward their plain-as-day, home-sweet-home conclusion. Along the way, the rather cluttered script goes through some high-stakes narrative pivots that subsequently leave almost no mark at all: A sudden, momentary shift into stalker-thriller territory is jarring, while the brisk introduction and resolution of a whole cancer subplot in ten minutes flat must be some kind of industry record.

Still, these are the few adult-oriented elements of Cameron’s novel that have survived the stringently PG-minded adaptation; darker, more intriguing themes of suicide and eating disorders have been shed like a dog’s winter coat. After all, it’d be hard to write pooch-perspective wisecracks about such matters, and harder still for Gad to deliver them in his constant, mollifying tone of aw-shucks optimism. Cameron’s books may not have been for children, but their film versions know on which side their doggy biscuits are buttered. That’s probably for the best, given the overall glibness of the human drama here, though Gilpin deserves credit for trying to carve some emotional complexities into her lightly drawn villain.

Otherwise, the bounding canine ensemble takes the prize for, well, best in show: The endless quips about bacon and butt-sniffing may wear thin, but it’s hard to take no joy in a film that treats a jowly boerboel chasing after a receding car much like a melodrama heroine left yearning on a train platform, as Mark Isham’s thick, stringtastic score slobbers away in the background. One wishes the film were a bit more inventive with its dog’s-eye view: the odd ground-level action shot aside, there isn’t much to cinematically suggest how animals see the world differently. (Surely a sequence that places one of Bailey’s incarnations in a recovery cone is crying out for a POV-based visual gag.) Mostly, however, “A Dog’s Journey” is content simply to point out how our furry friends are so like us — or, at the very least, a lot like Josh Gad.