Michael Schumacher Documentary, a Tale of a Formula One Racing Legend 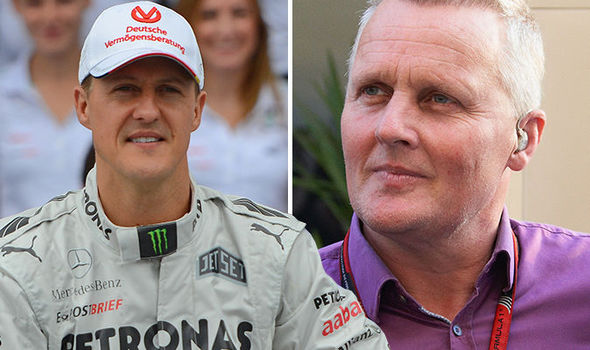 The first official feature documentary about Formula One racing legend Michael Schumacher is in the final stages of production, with award-winning German filmmakers Michael Wech and Hanns-Bruno Kammertöns directing. Rocket Science will launch sales at Cannes.

“Schumacher” will tell the eponymous sporting star’s story. He is the only driver in history to win seven Formula One World Championships. Five of those were won consecutively with the iconic Ferrari team.

The German driver is recognized as one of the best Formula One drivers of all time. After making a comeback, he finally retired in 2012. In 2013, he suffered severe head injuries in a skiing accident that left him in an induced coma for six months, from which he is still in recovery.

The sports star’s family support the film. There will be rare interviews and never-before-seen archival footage. It will be framed by Schumacher’s 50th birthday and the 25th anniversary of his first World Championship victory.

There will be interviews with the racing champion’s family, and his sporting companions and competitors, covering Schumacher as the merciless Formula One driver, the ambitious child, the down-to-earth mechanic, and the family man.

Sabine Kehm, speaking for Schumacher’s family, said his “outstanding career deserves to be celebrated.” She added: “We are happy this film will be in the hands of such ambitious and sensitive professionals.”

Filmmaker Wech has made documentaries about figures including politicians Gerhard Schröder and Marine Le Pen. Kammertöns is the senior editor of Hamburg weekly newspaper Die Zeit and has worked on TV documentaries for ARD and Arte. Together, they have worked on projects such as “Boris Becker: Der Spieler.”

Benjamin Seikel and Vanessa Nöcker of B | 14 FILM are producing along with DCM, which will release the film in German-speaking territories. Rocket Science is executive producing and handling international sales, starting at Cannes.

“We are thrilled to have the trusting cooperation of Michael Schumacher’s family and management. Without their support this film would not have been possible,” Seikel said. Nöcker added: “It is time for a film. And it goes without saying that we are very much aware of the great responsibility we bear here.”

“Schumacher” means another feature documentary about a sporting legend will be in the mix at Cannes, where “Maradona” will premier, with its subject, soccer star Diego Maradona, in attendance.