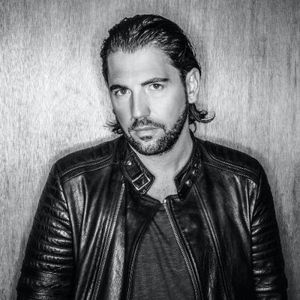 Dimitri Thivaios, better known as dance music’s Dimitri Vegas, is taking his skills beyond the DJ booth, picking up a major film role in the forthcoming “Rambo V: Last Blood.”

The Belgium-born Thivaios, who headlines massive EDM festivals like Tomorrowland with his brother Michael (they perform under the banner Dimitri Vegas and Like Mike), has previously appeared in the action thriller “Lukas,” starring Jean-Claude Van Damme. His character in “Rambo” has not been revealed, but the plot is said to center around a mission undertaken by John Rambo, played by Sylvester Stallone, to free the daughter of a friend who was kidnapped by the Mexican cartel. The film is directed by Adrian Grunberg and scheduled for release on Sept. 20.

Opportunity aside, Thivaios, who is of Greek descent, says the “Rambo” franchise holds a special place in his heart. “‘It was probably the first ‘action’ movie I ever got to see as a kid, together with my Dad — and behind my mom’s back,” he tells Variety.

The original “Rambo: First Blood” was released in 1982, the year Thivaios was born. “Last Blood” will bookend the five-film epic. Adds Thivaios: “It’s crazy to actually be in a franchise that’s been iconic for so long.”

Stallone will share a first look at “Rambo V: Last Blood” at the Cannes Film Festival on May 24 during a special screening at the Palais des Festivals.