‘Rocketman,’ and ‘Pain and Glory’ Generate Oscar talks at Cannes 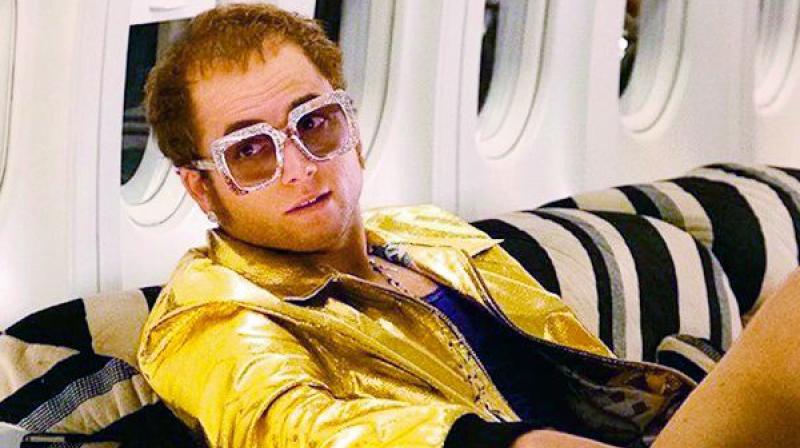 The Cannes Film Festival is intended to celebrate the best of cinema. It’s the favored venue for world-class auteurs such as Terrence Malick, Pedro Almodóvar, Ken Loach, and Hirokazu Kore-eda, who prefer to launch their latest masterworks in the sun-dappled South of France.

But all the glitz and glamour of a Cannes premiere only infrequently translates into Oscars attention. “Marty” is the only winner of the festival’s top prize, the Palme d’Or, that has gone to be declared year’s best film by the Academy of Motion Picture Arts & Sciences. And while other Cannes favorites such as “The Piano” and “Pulp Fiction” have gone on to capture prizes, the festival’s track record as an awards season arbitrator has been inconsistent, at best.

Will that change in 2019? There are certainly some possible awards season contenders.

Paramount launched “Rocketman” with a blast. While the comparisons to “Bohemian Rhapsody” have been and will continue to be endless, the musical fantasy biopic about Elton John earned a standing ovation at the Palais. Taron Egerton charmed audiences with his teary-eyed reaction to the standing ovation and John proved he is one of the greatest showmen with a performance at the after-party. If “Rocketman” doesn’t make it to the Oscars, it certainly will be front and center at the Golden Globes.

Almodóvar’s “Pain and Glory,” an “8 1/2” style meditation on a life behind the camera, was warmly received by the Cannes crowd. Sony Pictures Classics has domestic rights to the movie and is planning a fall launch and an Oscars push. Almodóvar has already scored a best original screenplay statue for 2002’s “Talk to Her,” as well as a best director nomination. If Spain submits it, the film should be able to nab one of the five slots for best international feature film, formerly knows the best foreign language category. There’s also some talk that Antonio Banderas could nab an Oscar nomination (his first) for his work as an Almodóvar doppelganger in the movie.

Amazon is expected to push “Les Miserables,” a look at police brutality in an impoverished corner of Paris, in the best international feature film category. The streaming service picked up U.S. rights for a hefty $1.5 million. It had success with last year’s Cannes favorite “Cold War,” which it successfully pushed for Oscars in the foreign language, directing, and cinematography categories.

And Neon’s Tom Quinn is committed to trying to get Korean director Bong Joon-ho a best international feature film Oscar nomination for “Parasite,” his family drama. Incredibly, despite being a favorite of filmmakers such as Quentin Tarantino for his work on the likes of “The Host” and “Memories of Murder,” Bong has yet to score an invitation to the Oscars. He would be the first Korean director nominated for a best foreign language award.

There’s also some talk that Willem Dafoe will score his fifth Oscar nomination for his turn as a man going slowly mad in Robert Eggers’ black and white period thriller “The Lighthouse.” Dafoe is fresh off two consecutive nominations for “The Florida Project” and “At Eternity’s Gate.” He will likely be pushed in the supporting category. And let’s not count out Robert Pattinson, whose performance opposite Dafoe is being hailed as his best work yet. The film will easily have a big presence at the Independent Spirit Awards, too.

The big question, of course, is how Quentin Tarantino’s “Once Upon a Time in Hollywood” will play in the Oscar race. If the film can recapture the poppy ecstasy of “Pulp Fiction,” which debuted at Cannes 25 years ago, it could find itself not just in the race, but dominating the awards conversation.