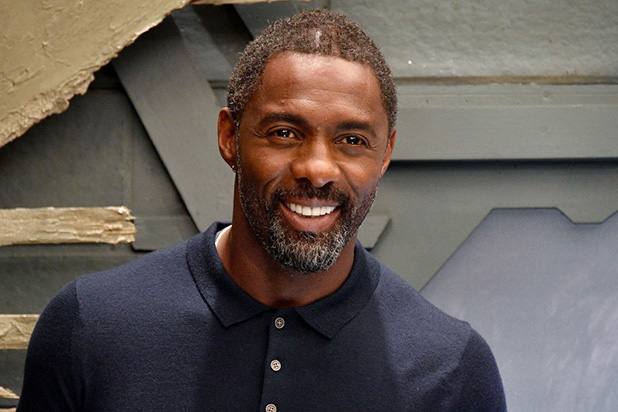 Idris Elba has worn a lot of hats: actor, DJ, director — but it was the time he spent working a series of dull jobs that solidified his desire to pursue a career in the arts. Appearing in a string of roles on British television, he first saw his name appear  on May 10, 1999, in a review of the French film “Belle maman,” starring Catherine Deneuve. The film expanded his acting chops, leading three years later to what he calls his most pivotal portrayal — as Stringer Bell in HBO’s “The Wire.” Since then, Elba has starred in some of Hollywood’s biggest franchises, directed the feature film “Yardie” and co-created and starred in the Netflix comedy series “Turn Up Charlie.” He plays the villain in this summer’s “Fast & Furious” sequel “Hobbs and Shaw,” and continues for a fifth season in his Golden Globe-winning role as the titular character in the BBC’s “Luther.”

When did you catch the creative bug?

Probably when I was 14 in my boys’ school. I remember that as being the first time I was aware that I was creative. My drama teacher, Miss McPhee, encouraged me to keep going. She told me that I seemed quite natural at acting and singing and directing, and she made me want to do those more and more. I would DJ at early ages. I got my creative bones in school.

Which did you fall in love with first, music or acting?

Music was my first love. It was the first thing that really exposed me to the arts. Now I enjoy calling myself a creative. I don’t categorize things in the same way as I used to. I find myself more accepting that creativity is part of my expression, my language, who I am.

You worked at a series of jobs before your first break. Did any shape the man or actor you are today?

I really was just an odd-job man. Creativity was escaping from all that. I used to work at a hospital. They had their own radio station, and I got a job there interning. I loved it. I got my first job when I left school, working with my dad at Ford Motor Co. I remember doing that full time and working day shifts and night shifts. I remember thinking, “Wow, this could be my life.” It propelled me to be creative even more because it was so not creative. I definitely had to be an actor.

What did you learn while acting alongside Catherine Deneuve in “Belle maman”?

When I first got the job, I didn’t really know who Catherine Deneuve was. Then I learned on the job and realized how much of an icon she was. I got to work with her closely. I got to learn from her a little bit what it’s like to be a big lead actor and be respected. She was so nice and so humble. It definitely broadened my horizons. Making a foreign-language film: If I could do that, I could do anything, because I didn’t speak French. It was like a steppingstone to crafting what my career is, which isn’t one specific lane. I think that playing that character back then was an eye-opener for me. The TV stuff I did [prior to “Belle maman”] was challenging, but [“Belle maman”] was the biggest challenge.

You’re now directing young actors. What advice do you give to them?

[Acting] looks glamorous from the outside, but the reality is it’s really hard. It’s very taxing. Sure, be prepared to enjoy yourself; it’s the best seat in the house as far as entertainment is concerned: You get to pretend to be someone else and get to be adored for it. That can be very fulfilling, so enjoy that. But the ultimate thing is, work hard, be nice. It’s a small industry. People tend to work with each other more than once. So better to have a reputation for showing up on time and being nice than not.