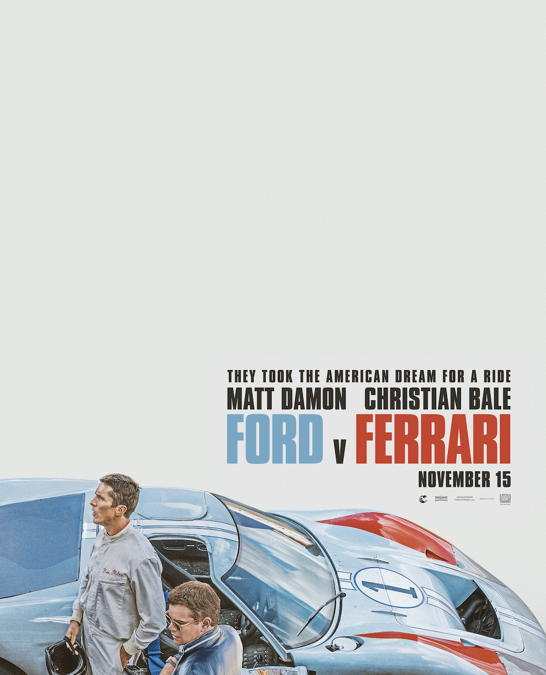 The film, based on true events, follows Matt Damon as Carroll Shelby and Christian Bale as Ken Miles, an engineer and race car driver, respectively, who team up to build a car that can beat Ferrari for Ford Motor Company. Set in 1966, it follows their experimentation leading up to the 24 Hours of Le Mans in France.

The trailer begins with Bale’s Miles staring out at a race track with his young son.

When his son says he thinks he can, Miles replies, “Most people can’t.”

Meanwhile, Shelby is approached by Henry Ford II (Tracy Letts) and company to build the fastest car ever seen.

“It ain’t about speed,” Shelby says. “You need a pure racer behind the wheel of your car. That’s Ken Miles.”

And so a match made in heaven is born, with Shelby showing up outside Miles’ home in one of his signature Cobras to persuade the driver to take on the project.

The trailer promises that the film will show the dirty work of car engineering, including several crash scenes that send ’60s era race cars flying through the air. “Ford V. Ferrari” could also be an Oscar contender for Fox and its new parent company, Walt Disney Studios, who inherited the film after the two companies’ merger last year.