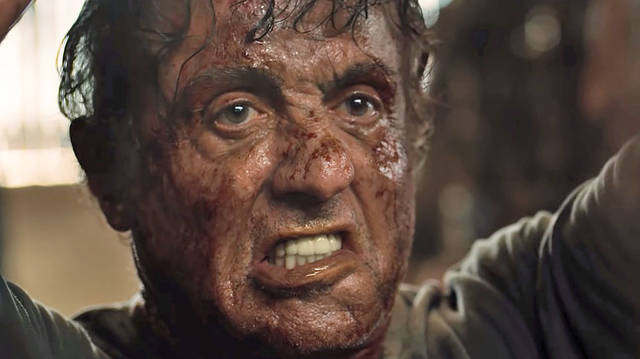 Sylvester Stallone has returned as his brooding — and indestructible — John Rambo character in the latest trailer for Lionsgate’s “Rambo: Last Blood.”

“I’ve lived in a world of death,” Stallone’s Rambo says in the clip for the fifth entry in the action franchise. “I’ve watched people I’ve loved die. Some fast with a bullet. Some, not enough to bury. All these years I’ve kept my secrets. But the time has come to face my past.”

The new footage, set in a barren landscape to the strains of Lil Nas X’s “Old Town Road,” promises that the film will contain plenty of Stallone employing explosions, his massive knife and his bow and arrows to take down a wide variety of enemies.

“I want them to know that death is coming and there’s nothing they can do about it,” Stallone concludes.

“Rambo: Last Blood” will hit theaters on Sept. 20 — 37 years after the series launched with “First Blood.” The story centers on Rambo crossing into Mexico and taking on a violent cartel when the daughter of one of his friends is kidnapped. “Rambo: Last Blood” also stars Paz Vega, Sergio Peris-Mencheta and Yvette Monreal. Adrian Goldberg is directing from a screenplay by Stallone and Matthew Cirulnick.

Stallone, who was 36 when the first film premiered, will be 73 when “Last Blood” hits theaters.

The four Rambo films have grossed a combined $728 million in worldwide box office, led by “Rambo: First Blood Part II” with $300 million. The first film was based on David Morrell’s 1972 novel “First Blood,” about a troubled Vietnam War veteran and former U.S. Army Special Forces Soldier who is expert in weaponry, hand-to-hand combat and guerrilla warfare.