Why we stopped Seeing Megan Fox on Screen 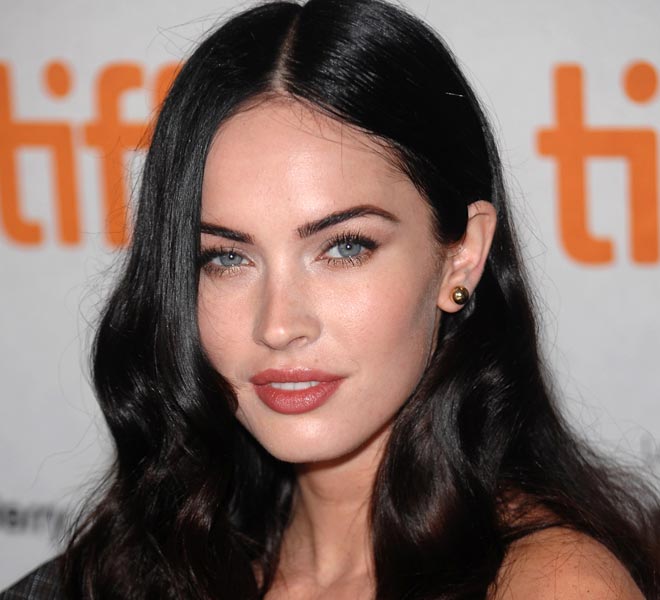 Megan Fox became an overnight sensation when she blew onto the big screen in the 2007 film Transformers.

This gorgeous woman appeared in the global spotlight seemingly out of nowhere; with her piercing blue eyes, long brown hair, flawless complexion and killer figure.

As if that wasn’t enough to grant her a one-way ticket to Hollywood, she cemented herself as the ultimate celebrity crush of men — and women — all over the world thanks to her portrayal as bad-arse car chick, Mikaela Banes, alongside Shia LaBeouf in the hit film, which made more than $700 million at the global box office and is available to stream on Foxtel.

Despite her obvious acting potential, Fox was immediately typecast as a sex symbol. She was dubbed FHM’s Sexiest Woman in the World in 2008, while theLos Angeles Times described her a “sex symbol of the highest order”.

Fans couldn’t get enough of her, as she reprised her role for the hugely-anticipated sequel Transformers: Revenge of the Fallen in 2009.

It all went downhill after that.

Fox was reportedly fired from the third film after making negative comments about big-time director, Michael Bay. She was replaced by blonde supermodel Rosie Huntington-Whiteley.

Who even looks like this without 24 filters and a complete facial restructure.Source:Supplied

Bay claimed Steven Spielberg — the executive producer of the film — pushed for her to be sacked after she made the infamous comments, but Spielberg has challenged this claim.

“He’s like Napoleon, and he wants to create this insane, infamous mad-man reputation,” Fox told Wonderland magazine in an interview that went viral.

“He wants to be like Hitler on his sets, and he is. So he’s a nightmare to work for.”

Not a great move on her behalf as a fresh faced star, and given Bay’s experience in the industry, his response to her words was smart and made Fox seem like an ungrateful brat. It worked.

“Megan loves to get a response. And she does it in kind of the wrong way.

“I’m sorry, Megan. I’m sorry I made you work 12 hours. I’m sorry that I’m making you show up on time. Movies are not always warm and fuzzy.”

Megan Fox and Michael Bay at the ‘Transformers’ premiere at the Entertainment Quarter in Sydney.Source:News Corp Australia

You can see why Bay came out of this saga smelling like roses.

Once an acclaimed director discredited a woman, she was dunzo — a big reason why it has taken so long for females to find their voices in tinsel town.

Unfortunately Fox didn’t have fans on her side either. She wasn’t a good victim in the eyes of feminists. A lot of people wanted to find something to dislike about this perfect goddess.

But there was a lot more to this story that Hollywood chose to ignore at the time. A time before #MeToo.

Fox’s “Hitler” comment was understandably the only thing the world’s media took from that interview. It was off the mark and hopefully she learnt a valuable lesson. She was only 24, after all.

But unearthing the rest of her quotes, it’s pretty horrifying to think they weren’t taken seriously either.

When asked (a pretty rude question) by Wonderland magazine if “being a better actor matters if you’re just really hot?”, an understandably annoyed Fox gave an insight into what it was like working for Bay.

“Yeah, it does matter. Not to Michael Bay because those are literally his directions sometimes. ‘Be Hot’,” she said.

“I’ve had that note on set before. ‘Mike,’ I’ll say, ‘Who am I talking to? Where am I supposed to be looking at?’ And he responds, ‘Just be sexy.’ I get mad when people talk to me like that.”

Fox as Mikaela in the Transformers sequel.Source:Supplied

Her issues with Bay span before this drama, way back to when she was 15 years old and playing an extra on Bad Boys II.

Fox told Jimmy Kimmel that Bay wanted her in a bikini and six-inch heels for the club scene.

“We were shooting this club scene, and they brought me in, and I was wearing a stars and stripes bikini and a red cowboy hat, and six-inch heels,” Fox said.

“And they took me to Mike and he approved it. And they said, ‘You know, Michael, she’s 15, so you can’t sit her at the bar and she can’t have a drink in her hand.’

“So his solution to that problem was to then have me dancing underneath a waterfall getting soaking wet. And that’s … At 15. I was in 10th grade. So that’s sort of a microcosm of how Bay’s mind works.”

In an article published in 2009 by The Observer, journalist Jason Solomons details Fox’s audition for Transformers.

“She told me she went to director Michael Bay’s house to audition and he made her wash his Ferrari while he filmed her. She said she didn’t know what had happened to the footage.

When I put it to Bay himself, he looked suitably abashed. ‘Er, I don’t know where it is either,’” the article read.

Fox’s co-star LaBeouf, who was romantically linked to the star at the time, also jumped to her defence, saying she never felt comfortable shooting with Bay.

“Megan developed this Spice Girl strength, this woman-empowerment that made her feel awkward about her involvement with Michael, who some people think is a very lascivious filmmaker, the way he films women,” LaBeouf told the L.A. Times.

Co-stars Fox and LaBeouf were an item at one point. Picture: AP/Maya HitijSource:AP

“Mike films women in a way that appeals to a 16-year-old sexuality. It’s summer. It’s Michael’s style. And I think (Fox) never got comfortable with it.

“This is a girl who was taken from complete obscurity and placed in a sex-driven role in front of the whole world and told she was the sexiest woman in America. And she had a hard time accepting it.”

Still, she garnered no sympathy.

Fox went on to star in a string of films after Transformers, including Jennifer’s Body, Jonah Hex and The Dictator, but apart from a star role in Teenage Mutant Ninja Turtles, most tanked and did little to help her career.

Only late last year, in the wake of the viral #MeToo movement which has condemned the culture among Hollywood’s most powerful men — and brought down movie mogul Harvey Weinstein — Fox finally addressed the “painful” time in her life when it felt like the world was against her.

The 33-year-old mother-of-three, who is married to 90210 actor Brian Austin Green, said she was ahead of her time when she spoke out.

“My words were taken and used against me in a way that was — at that time in my life, at that age and dealing with that level of fame — really painful,” she told The New York Times.

Fox was dubbed the sexiest woman in the world. Picture: AFP/Jewel SamadSource:AFP

“I don’t want to say this about myself, but let’s say that I was ahead of my time and so people weren’t able to understand. Instead, I was rejected because of qualities that are now being praised in other women coming forward.

“And because of my experience, I feel it’s likely that I will always be just out of the collective understanding. I don’t know if there will ever be a time where I’m considered normal or relatable or likeable.

“Even with the #MeToo movement, and everyone coming out with stories — and one could assume that I probably have quite a few stories, and I do — I didn’t speak out for many reasons.

“I just didn’t think based on how I’d been received by people, and by feminists, that I would be a sympathetic victim.”

Fox, an underrated actor with comedy prowess that unfortunately hasn’t been granted rightful exposure, has spent the past couple of years making a comeback with soon to be released films including Zeroville, starring James Franco and Seth Rogen and fantasy flick Above The Shadows.

She is also in the middle of shooting the comedy drama Big Gold Brick alongside Andy Garcia and Lucy Hale.

And while Fox is probably (and sadly) right in assuming she will never be as likeable as she was pre-Bay, it’s fair to say she deserves the chance to earn her place in the movie landscape in an era that has finally embraced women for being brave enough to call out poor behaviour.