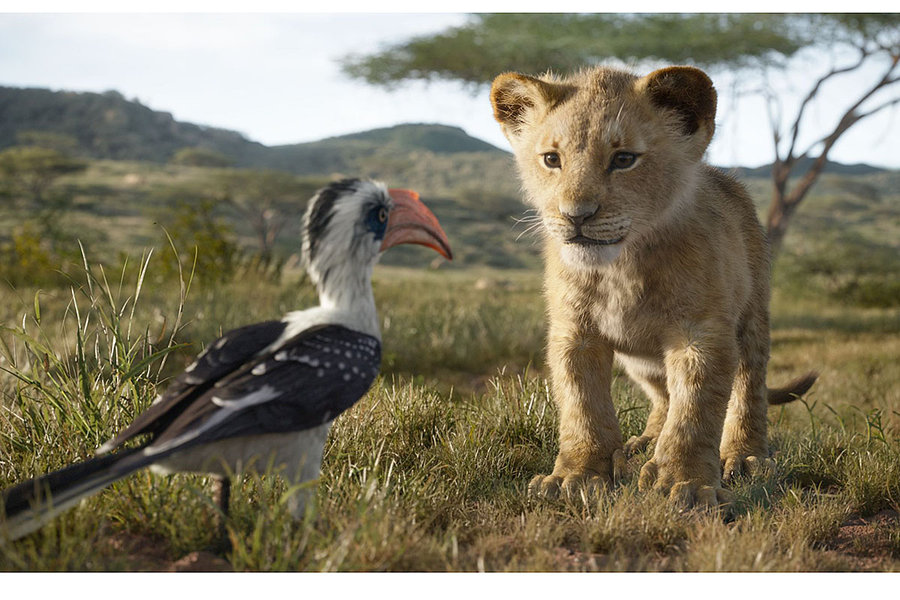 Simba and Mufasa reigned supreme this weekend as Disney’s “The Lion King” dominated box office charts. Director Jon Favreau’s remake of the animated classic collected a massive $191.8 million from 4,756 North American theaters during its first three days of release. The studio initially reported that “The Lion King” debuted with $185 million, but that number increased when final sales were tallied on Monday.

In yet another win for Disney, the movie landed the best domestic launch for a PG film and set a new record for the month of July. That figure also represents the second-best domestic debut of the year behind Disney and Marvel’s “Avengers: Endgame” ($357 million). After this weekend, the Buena Vista company now holds five of the top six biggest movies of 2018 so far.

Overseas, “The Lion King” felt the love with $269 million for a global start of $433 million. The film launched in China last weekend and has since earned $98 million, boosting the worldwide haul to $531 million.

The state-of-the-art technology used to bring the Pride Lands and its inhabitants to life drew a polarizing response from reviewers, but the newest version of Disney’s crown jewel proved to be critic-proof, and the prospect of hearing Donald Glover’s Simba and Beyonce’s Nala harmonize to Disney classics was irresistible. Moviegoers flocked en masse, and to much enthusiasm, to see Simba’s grand return to the big screen. “The Lion King” holds an A CinemaScore.

Audiences also shelled out to see the hyper-realistic movie in the best quality possible. Imax theaters accounted for $25 million of tickets sold, while 36% of global ticket sales came from 3D screens.

“The Lion King” provided a much-needed jolt to the domestic box office. Heading into the weekend, box office receipts were pacing over 9% behind last year. Now, theatrical earnings are down just over 7%, according to Comscore.

“The Lion King” is already one of the most recognizable stories across the world, but the remake benefitted from an equally buzzy voice cast including Glover as Simba, Beyonce as Nala, Chiwetel Ejiofor as Scar, and Billy Eichner and Seth Rogen as Timon and Pumbaa. James Earl Jones reprised his role as Mufasa from the original movie. The updated version also includes a new song from Beyonce.

Disney has re-imagined five of its classics to mostly consistent success. Outside of “The Lion King,” 2017’s “Beauty and the Beast” had the strongest start with $174 million, followed by 2010’s “Alice in Wonderland” launched with $116 million. In 2016, Favreau’s “The Jungle Book” earned a strong $103 million in its inaugural weekend. In May, Guy Richie’s “Aladdin” debuted with $91.5 million and is approaching the $1 billion mark globally. However, Tim Burton’s “Dumbo” stumbled with $45 million earlier this year.

In a banner weekend for Disney, the studio is now home to the highest-grossing movie in history. “Avengers: Endgame” crossed $2.7892 billion at the global box office, officially dethroning the 10-year record of James Cameron’s “Avatar.”

Since other Hollywood studios refrained from releasing a movie against “The Lion King,” a number of holdovers filled out domestic box office charts. In a distant second place, Sony’s “Spider-Man: Far From Home” collected $21 million during its third weekend in theaters, lifting domestic ticket sales to $319 million. The web-slinging superhero adventure has generated $569 million at the international box office.

Disney and Pixar’s “Toy Story 4” landed in third with $14 million. In five weeks, the animated movie has generated $375 million in North America and $859 million globally, making it the seventh Pixar film to surpass the $800 million mark.

At No. 4, Paramount’s alligator thriller “Crawl” generated $6 million for a domestic tally of $23 million. Rounding out the top five is Universal’s musical rom-com “Yesterday,” which pocketed $5.1 million during its fourth weekend of release. The movie has grossed $57.5 million to date.

Among specialty releases, Sony Pictures Classics opened its documentary “David Crosby: Remember My Name” in four locations, where it earned $41,050.

Meanwhile, A24 expanded Lulu Wang’s “The Farewell” to 35 locations in its second weekend, generating a promising $1.17 million. The comedic drama starring Awkwafina debuts nationwide on Aug. 2.

In honor of the 50th anniversary of the moon landing, Neon’s documentary “Apollo 11” returned to theaters, making $75,000 from 107 venues. With $9 million in North America, it’s now the highest grossing non-fiction film of 2019. Neon owns the three biggest docs of the year so far with “Amazing Grace” ($4.5 million) and “The Biggest Little Farm” ($4 million).

“It’s remarkable to see ‘Apollo 11’ cross $9 million to become the highest grossing doc of 2019 and on the 50th anniversary of the moon landing,” Elissa Federoff, Neon’s head of theatrical distribution said in a statement. “A true testament to an extraordinary piece of cinema and one of the best reviewed films of the year.”