‘Once Upon a Time in Hollywood’ Movie: A Guide to the Los Angeles Area Landmarks 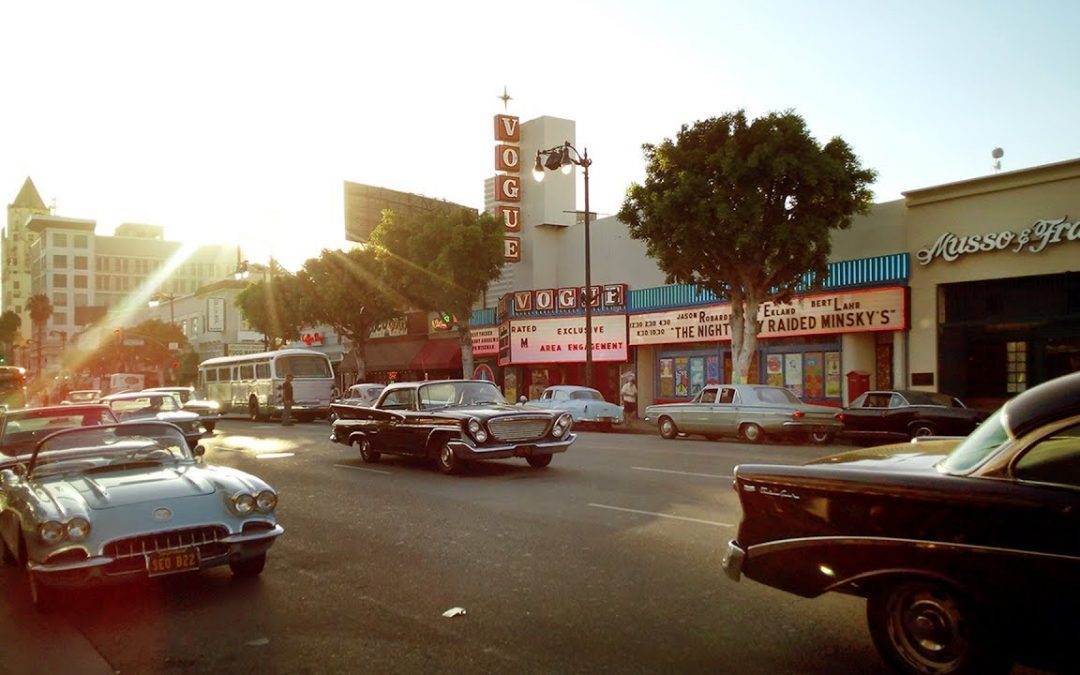 Turning back the clock 50 years in Los Angeles was no easy task for the crew members behind “Once Upon a Time in Hollywood.”

False fronts were created, vintage dishes were resurrected and historic movie posters were reprinted, but it was the use of actual locations that help make the film a truly immersive experience for the audience.

Here’s Variety‘s guide to the legendary locations from “Once Upon a Time in Hollywood” that you can still visit today.

The Village Theater, located across the street from its historical neighbor, also remains largely untouched. Additions include an updated marquee and a Taco Bell neighbor, although the theater’s UCLA Bruin pride is still front and center for all movie guests to see. Eagle-eyed Tarantino fans can also spot the Hamburger Hamlet next door — gone for many years — and the Corner Shoppe, now known as Stan’s Donuts but still standing across the street as it has been since 1965.

Sharon Tate ate her last meal here before the tragic events of the Manson family murders took place. In fact, Margot Robbie filmed her scenes in the exact booth that Tate sat in with her friends. Today, the L.A. Mexican food mainstay continues to serve hundreds of guests daily more than 80 years after it opened its doors in 1931.

In “Once Upon a Time in Hollywood,” Rick Dalton and Cliff Booth dined at this legendary San Fernando Valley red-leather-booth Mexican restaurant on the climactic night of the film. The family-owned restaurant has operated for 62 years and is open every day until 2 a.m.

In May 2015 the Vine reopened as the Dolby showcase theater and now operates as a private (for hire) movie theater; however, its facade still features its vintage signage. As one of several historical theaters shown in the film (also featured are the Vogue, Pantages and Chinese theaters) the theater can still be seen along the Hollywood Walk of Fame, although visitors won’t be able to pick up a refreshing citrus drink at the film version’s neighboring Orange Julius.

Tate and her husband, Roman Polanski, attend one of the notoriously wild parties at the famous Holmby Hills mansion. The 22,000-square-foot home and its pool and grotto were a hub for the glamorous Hollywood crowd, and today visitors can drive by for a quick glance at the outside of the sprawling property that was home to the late Hugh Hefner and was sold in 2016.

Pitt and DiCaprio use this iconic dining location as the primary location for their meeting with Marvin Schwarzs (played by Al Pacino). The restaurant opened in 1919 and became a Hollywood favorite after it opened its exclusive Back Room in 1934. The potent cocktails are still served with a bonus sidecar drink on the side, and the classic menu hasn’t changed much since the era depicted in the film.

Rick Dalton and Cliff Booth drive by this classic theater during its premiere of Maximilian Schell’s “Krakatoa, East of Java,” an action flick set on an island where a massive volcano erupts. Now, the historical location is part of Arclight Hollywood and is currently showing its own 70mm screenings of “Once Upon a Time in Hollywood.”

The 55-acre movie ranch was a filming location for movies and TV shows such as “The Outlaw” and “Bonanza” before owner George Spahn, who was going blind, allowed Charles Manson and his followers to live on the rural property in exchange for work. A 1970 wildfire burned the Western set structures on the ranch, and Spahn died in 1974. A portion of the ranch is now part of Santa Susana Pass State Historic Park, which is open to the public. In the film, Corriganville Park in Simi Valley stands in for the Spahn Ranch.