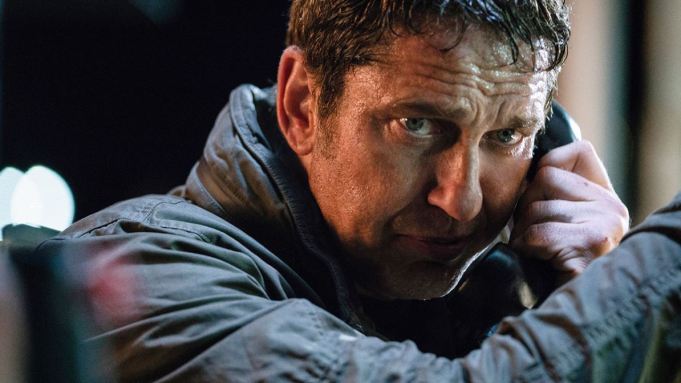 Gerard Butler’s “Angel Has Fallen” easily topped the Labor Day holiday weekend with $14.8 million at 3,336 locations in North America, for an 11-day total of nearly $44 million.

The Lionsgate-Millennium title, the third entry in the action franchise, stars Butler as a Secret Service Agent trying to clear his name after being framed for an attack on the U.S. President, played by Morgan Freeman. “Angel Has Fallen,” which took in $21 million in its opening weekend, could wind up matching the $62 million taken in by 2016’s “London Has Fallen” but will probably fall short of the $98 million domestic total for 2013’s “Olympus Has Fallen.”

The third weekend of Universal’s R-rated comedy “Good Boys” finished second with $11.6 million at 3,458 sites to top $58 million. Disney’s seventh frame of its photo-realistic remake of “The Lion King” took third with $9.3 million. “The Lion King” was the highest-grossing film this summer with domestic ticket sales at $523.5 million to date.

Universal’s fifth frame of “Hobbs & Shaw” followed in fourth with $8.1 million. The Fast and Furious spinoff, starring Dwayne Johnson and Jason Statham, will finish Labor Day at around $159 million domestically. Sony’s second weekend of the faith-based drama “Overcomer” came in fifth with $7.8 million for an 11-day take of $19.3 million.

Supernatural thriller “Don’t Let Go” debuted with a modest $3 million at 922 North American locations over the four days, coming in at the lower end of modest expectations and finished out of the top 10. “Don’t Let Go” stars David Oyelowo as a detective working to solve a murder after he receives a phone call from his dead niece, played by Storm Reid.

“Don’t Let Go” was produced by Jason Blum and directed by Jacob Aaron Estes, with Blumhouse Tilt and OTL Releasing handling distribution. Reviews have been mixed with a 42% rating on Rotten Tomatoes. “Don’t Let Go” has a small $5 million production budget.

Fox Searchlight’s second weekend of horror thriller “Ready or Not” came in sixth with $7 million at 2,998 locations, pushing the title past $19 million in its first 11 days. Lionsgate-CBS’s fourth frame of “Scary Stories to Tell in the Dark” followed in seventh with $6.3 million at 2,747 sites, lifting “Scary Stories” to $59 million domestically in 24 days.

Paramount’s fourth weekend of “Dora and the Los City of Gold” led a trio of Sony titles contending for ninth place with $5.7 million at 2,477 venues. Sony’s third weekend of “The Angry Birds Movie 2” followed in 10th with $5.6 million at 3,311 sites, edging the studio’s sixth weekend of “Once Upon a Time in Hollywood” and its ninth session of “Spider-Man: Far From Home.”

At the specialty box office, Amazon Studios continued to expand the footprint of “Brittany Runs a Marathon,” which is now playing in 49 theaters. The comedic drama collected $125,000 on Labor Day, boosting ticket sales to $639,658.

Labor Day is the official end of the summer movie season, which generated $4.32 billion in ticket sales in North America, marking a 2% decline from last year’s $4.41 billion, according to Comscore. Year-to-date box office is down 6.4% to $7.81 billion. That means the movie business will need to rely on huge hits in fall and winter to offset that deficit.