Five Things We Learned From a Lackluster Summer Popcorn Season 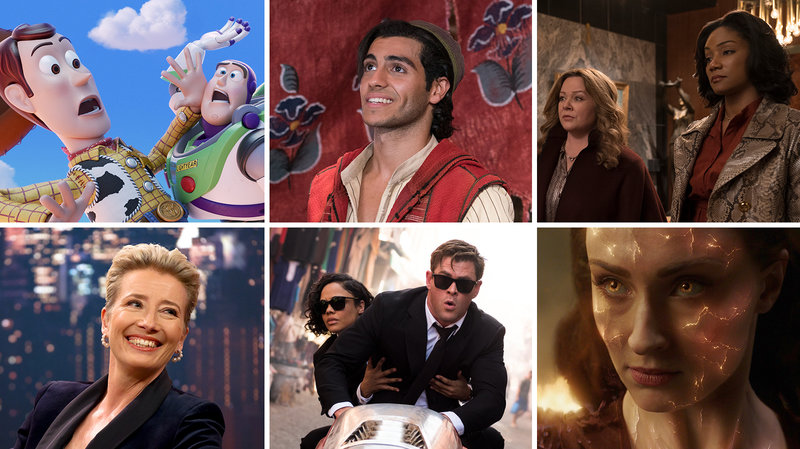 It’s been something of a mixed bag at the box office during the stretch between May and August, the four-month period officially defined as summer moviegoing season. Notable misses such as “Dark Phoenix,” “The Kitchen” and “Where’d You Go Bernadette” ultimately outweighed the hits like “The Lion King,” “John Wick 3” and “Once Upon a Time in Hollywood,” causing ticket sales decline 2% from the same time last year.

As pumpkin spice season dawns, there are still a number of promising titles on deck for the remainder of 2019 — “It: Chapter Two,” “Frozen 2” “Jumanji: The Next Level” to name a few — but Hollywood will have to rely on a whole lot of movies to resonate in order to assure studio executives that people do indeed still like going to the movies.

Before we head into fall, let us reflect back on what we learned from the summer box office.

There’s no disputing that Disney is far and away the big winner through the first eight months of the year. The studio is responsible for five of the six biggest movies at the domestic box office so far, three of which arrived in theaters this summer. That trio of films — “The Lion King,” “Aladdin” and “Toy Story 4” — all three flew past the billion-dollar mark with ease. While “Avengers: Endgame” debuted slightly ahead of Memorial Day, the proper start of summer, the superhero behemoth made a bulk of its profits during popcorn season. The impressive string of blockbusters gives Disney over 40% of the marketshare, a figure that could grow since the studio has “Frozen 2,” “Maleficent: Mistress of Evil” and “Star Wars: The Rise of Skywalker” in store around the holidays. And though “Dark Phoenix,” “Stuber” and the other Fox titles that were released after the Murdoch’s movie empire merged with Disney were painful misfires, upcoming releases like “Ford v Ferrari” and Fox Searchlight’s “Jojo Rabbit” have been generating buzz that could help reverse course for Fox’s film division.

2. Not all franchises are created equal

This summer, recognizable properties didn’t guarantee filled seats in multiplexes. That wasn’t the case in 2018, when well-regarded sequels such as “Mission: Impossible – Fallout,” “Jurassic World: Fallen Kingdom” and “The Incredibles 2” became some of the year’s biggest successes. But with an inundation of content, brand recognition isn’t the sure bet it once was. That showed this go-around as moviegoers all but ignored poorly reviewed installments to decades-old franchises. (“Men in Black: International,” “Dark Phoenix” and “Godzilla: King of the Monsters,” we’re looking at you.) Forgettable follow-ups “A Dog’s Journey” and “The Secret Life of Pets 2” also failed to live up to their predecessors. But it wasn’t all bad news for the overly familiar. “John Wick 3” and “Toy Story 4” each became the highest-grossing entry in their respective series, while “Angel Has Fallen,” the third chapter in the Gerard Butler-led action franchise, became a surprise win for Lionsgate in August. “Hobbs & Shaw” is far from the most profitable “Fast & Furious” movie, but the film has resonated in a big way in China and continues to rev up box office receipts overseas.

3. Let’s hear it for original movies

Three cheers for new ideas! Summertime is synonymous with big-budget blockbusters and franchise fare. But this year instilled a little faith in the notion of originality. Sony and Quentin Tarantino’s “Once Upon a Time in Hollywood” crossed the $100 million milestone in North America with ease, no simple task these days. And following the triumph of Fox’s ode to Queen music in “Bohemian Rhapsody,” films like Universal’s “Yesterday,” a rom-com that imagines a world where the Beatles never existed, as well as Paramount’s fantastical Elton John biopic “Rocketman” each drummed up respectable ticket sales. Universal was also victorious with “Good Boys,” a raunchy coming-of-age film that became the first R-rated comedy to open in first place on box office charts in three years. Meanwhile, horror continues to be a reliable draw as Paramount’s gator thriller “Crawl” chomped its way to $74.5 million worldwide from a $13.5 million budget. See, there are still fresh concepts in Hollywood.

Despite critical cheers, smaller comedies and dramas failed to find their footing in an already rocky summer. Festival favorites like “Booksmart,” “Late Night” and “Blinded by the Light” all fell short of box office expectations. Marketing and distribution certainly play a part, but industry watchers also point to competition from streaming services like Netflix and Hulu for audiences’ apparent apathy for independent cinema. The one bright spot among indie fare was A24’s “The Farewell,” a comedic drama starring Awkwafina. After a steady platform release, the feel-good film is nearing an impressive $16 million. Fingers crossed that awards season brings renewed life to the specialty box office.

MoviePass might have gone down in flames, but the beleaguered movie ticketing subscription service should take solace knowing its legacy lives on. The company’s dreams of upending the exhibition industry didn’t quite go as planned, however it did illuminate one very important concept: Subscription services could work in the moviegoing space. In the time that MoviePass sputtered, major theater chains like AMC and Cinemark took note and later unveiled cost-effective subscription models of their own, essentially eliminating the need for independent entities to exist. Last month, iPic Entertainment faced a similar fate. The luxury theater chain filed for Chapter 11 bankruptcy, something its CEO and founder Hamid Hashemi attributed to increased competition in the dine-in moviegoing space. Competitors such as Regal and AMC took a note from iPic and began incorporating reclining seats and dining options, making it rougher for the specialty venue to compete.