Paramount Working on Face Off Reboot 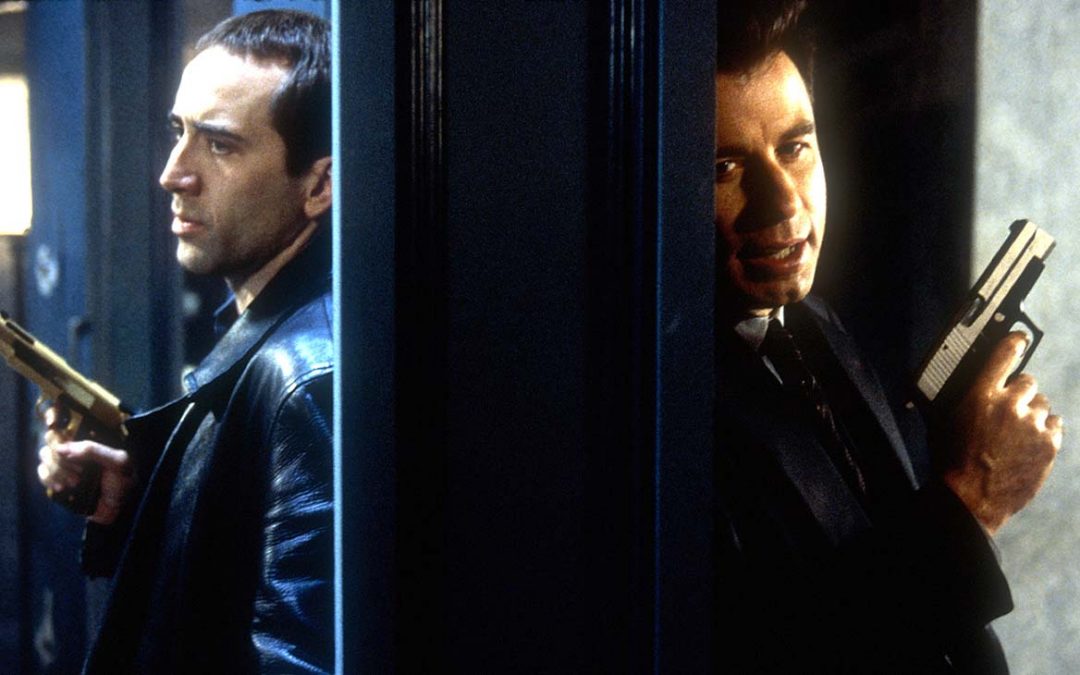 The 1997 action movie “Face/Off,” which starred John Travolta and Nicolas Cage, is getting a reboot.

Paramount has hired “22 Jump Street” screenwriter Oren Uziel to pen the script with Neal Moritz producing. David Permut, who was a producer on the original film, will executive produce. No actors or director has yet boarded the reboot.

John Woo directed the original movie from Mike Werb and Michael Colleary’s script. Travolta and Cage played FBI agent Sean Archer and terrorist Castor Troy, respectively, who each took on the other’s physical appearance via surgery in a complicated story triggered by the assassination of Archer’s son by Troy.

“Face/Off” also starred Joan Allen, Gina Gershon and Alessadro Nivola as Troy’s brother. The film, which carried an $80 million budget, was a solid performer with a $245 million global gross. Woo went on to direct “Mission: Impossible 2,” “Windtalkers” and “Paycheck” in the next six years.

Uziel’s credits also include “The Cloverfield Paradox” and “Sonic the Hedgehog.” He’s repped by Writ Large and Myman Greenspan Fox.

The news was first reported by Deadline.