Toronto Films Give A new Shade To Actor Jamie Dornan 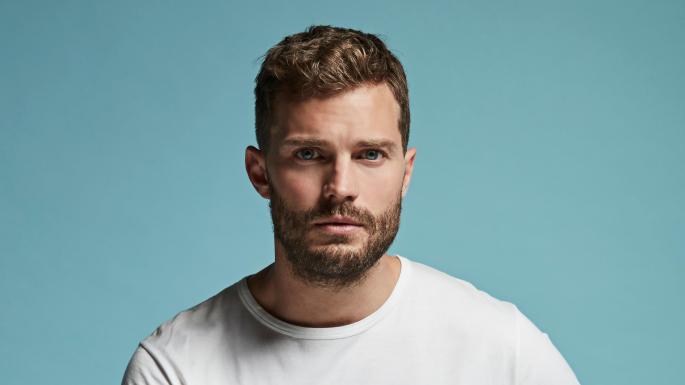 In a landscape rife with superhero sequels and action tentpoles, you can’t blame a modern movie star for wanting a palate cleanser

Jamie Dornan, who shot to fame with the steamy “Fifty Shades of Grey” film trilogy, has two movies playing Toronto that give some insight into the next phase of his career, after putting the $1.3 billion-earning Universal franchise to bed in 2018.

“I’m very, very fortunate to have a bit of say in what I do, and a choice on what films I take,” Dornan told Variety during a conversation about two projects he’s got playing this year’s festival: Drake Doremus’ “Endings, Beginnings” and “Synchronic,” from directors Justin Benson and Aaron Moorhead.

In the former, he plays a thirtysomething in Los Angeles whose good nature and quiet humility stands out against that of his best friend, a bad boy played by Sebastian Stan. Both men fall into their own romantic relationships with a woman, played by Shailene Woodley, over the course of one year, in a film whose dialogue is almost entirely improvised with the help of an 80-page outline.

The latter is an elevated sci-fi project, another one about friendship but with wildly different tones. There, Dornan plays a weary paramedic in New Orleans who feels trapped in family life and envious of his co-worker and friend, played by Anthony Mackie. The men stumble on a series of mysterious deaths, which can be traced back to an underground club drug that has potentially supernatural effects. Both titles are for sale, and Dornan is next poised to take the male lead in an adaptation of the opera “Carmen,” to be directed by choreographer Benjamin Millepied.

“I tried to follow my gut a little bit. Most of the best scripts are indies, and I relish the energy of those movies because everyone is kick-bollocks-scrambling to get it done,” the Northern Irish actor said. “But I also just finished a big studio comedy [Kristen Wiig’s “Barb and Star Go to Vista Del Mar” at Lionsgate]. Everything I have on my slate ahead of me is very diverse.”

It’s not all unfamiliar territory. While no whips or blindfolds are present, Doremus’ naturalistic style demanded for an honest and physical love scene, but free from the commercial pressures of Hollywood, Dornan said.

“Drake’s set is very relaxed where, most of the time, you didn’t even know where the camera was. Often the camera would just be floating around getting coverage and appear out of nowhere, in a lovely way. It’s very freeing to work that way, where it’s not so strict in how they’re shot and everyone has to look so f–ing good,” he said.

He does not miss the days of heavy makeup and endless choreography.

“In independent film, they want you to look like a real person. Not an aspirational robot,” he said.