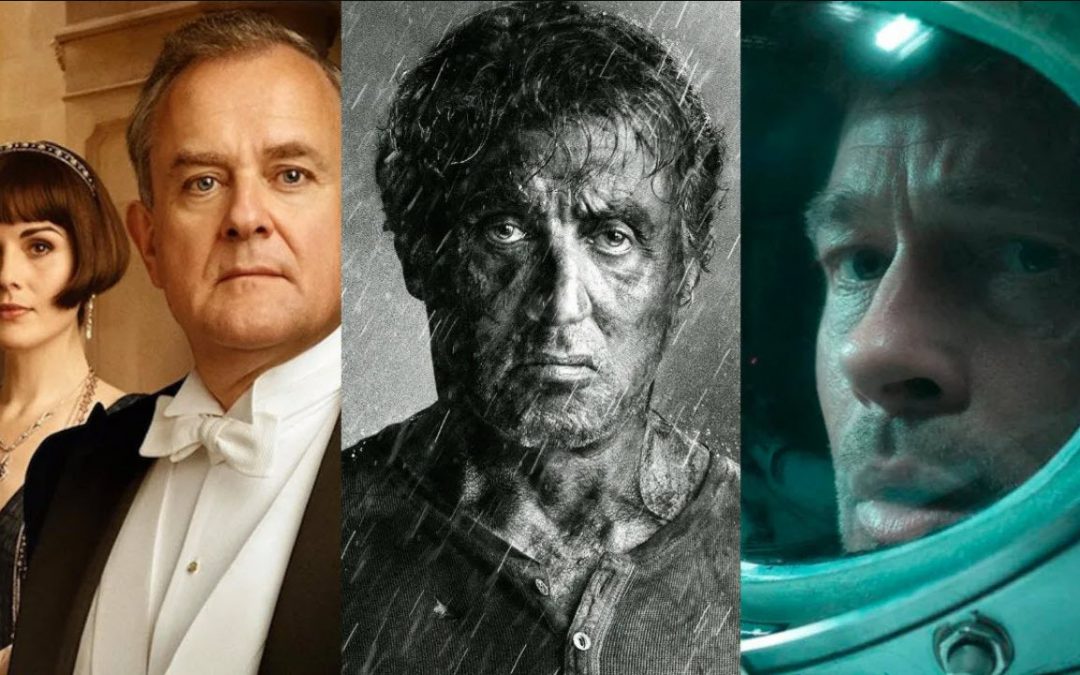 Older audiences still care about going to the movies. That’s the takeaway after Hollywood profited by providing cinephiles of drinking age and well above with compelling content last weekend.

The trio of newcomers accounted for nearly $70 million of domestic ticket sales combined. Among opening weekend crowds, 60% of ticket buyers for “Downton Abbey” were over the age of 35 (and nearly half were 55 and older), 64% of “Ad Astra’s” audience was older than 25 and 66% of “Rambo: Last Blood’s” was above 25 years old. That trinity joins “Hustlers” on domestic box office charts, an R-rated comedic drama that continues to beat expectations. Over 60% of patrons for that film were older than 25. These results should have studios taking note.

“It’s a clear message to studios to not forget there’s a big audience out there that feels underserved,” said Paul Dergarabedian, a senior media analyst at Comscore. “It’s a real wakeup call to say it’s not just about superhero movies aimed at younger moviegoers.”

In recent years, Hollywood companies have eschewed making more traditional dramas and action films in favor of comic-book epics or flashy remakes. In the golden age of superhero adventures, conventional wisdom says anything that’s not a cinematic spectacle won’t entice audiences to multiplexes. But this September has demonstrated that adult audiences will reliably show up when they have something to see. Moreover, it doesn’t have to just be the latest indie offering from Wes Anderson or Noah Baumbach to be a theatrical draw. These crowds want to be entertained too, just not necessarily by the same things that appeal to teenage boys.

“There’s always going to be a place for blockbusters, but there’s also a place for dramas,” said Jeff Bock, an analyst with Exhibitor Relations. “It would be a great disservice to moviegoers if the industry stopped making movies for older audiences.”

When it comes to making said movies, a rapidly shifting theatrical landscape means Hollywood needs to pay closer attention to money being shelled out. Focus Features spent $20 million to make “Downton Abbey,” so its $31 million start in North America is paving a nice path toward profitability. “Rambo: Last Blood” was slightly costlier at $50 million, while “Ad Astra” carried a hefty $80 million price tag, meaning Brad Pitt’s space epic is hoping for a longer life in theaters to get out of the red. At a time when Netflix and other streaming services are making similar movies aplenty, studios have to be even more cautious about marketing and production spends.

In order for adult-skewed offerings to work, it has to be the right movie. For the most part, it’s a group that actively reads reviews and pays attention to marketing campaigns. Paramount’s “Book Club,” a romantic comedy about a quartet of septuagenarian friends who read “Fifty Shades of Grey,” became a surprise hit among older audiences in 2018 and grossed over $100 million. STX attempted to cater to that same demographic with “Poms,” an uplifting story about senior citizens who form a cheerleading squad. Despite both films starring Diane Keaton, “Poms” didn’t resonate in the same way and ended its box office run with a disappointing $16 million. Likewise, recent releases like “Late Night,” “The Goldfinch” and “Brittany Runs a Marathon” weren’t able to break out among moviegoers of any age.

“You’re talking about a demographic that does care [about reviews] and doesn’t want to waste their time,” Bock said. “They want to know if they’re investing two hours into a movie, it’s worth it.”

“Downton Abbey” benefited from being a widely beloved property and arrived three years after the TV series wrapped, leaving just enough time for anticipation to grow before audiences no longer were curious to watch the latest adventures of the Crawley family. Meanwhile, “Rambo: Last Blood,” the fifth and final chapter in Sylvester Stallone’s action franchise, served as a nostalgic throwback to a character first introduced in the 1980s. And “Ad Astra” benefited from buzzy reviews out of Venice as well as the creative team of star Brad Pitt and director James Gray.

“The message is loud and clear: if you make quality movies, people will go to theaters to see them,” says Lisa Bunnell, Focus Features’ president of distribution. “For older moviegoers, quality makes a difference.”

A strong September at the box office could bode well for the rest of fall, a time of year that’s become de rigueur for studios to release smaller indies and dramas. It would be especially welcome since the year-to-date box office is down over 5% from 2018, according to Comscore. Recent successes are helping to narrow that gap, but a number of titles over the next few months will have to resonate in a big way to close that deficit.

“Between ‘Hustlers’ and ‘Downton Abbey,’ two huge surprises, I can’t think of a better start for fall,” Bock said. “It’s a good sign for the theatrical business.”