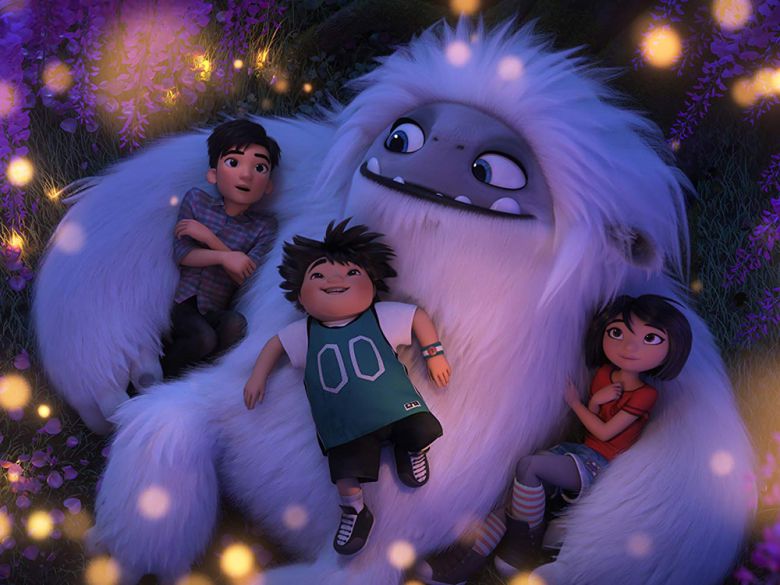 “Abominable” towered over the box office this weekend as Universal and DreamWorks’ animated adventure debuted to $20.85 million in North America and $29.7 million worldwide.

The PG movie benefitted as one of the few offerings at multiplexes catering to family crowds and marked the best opening of the year for an original animated film. It also joins Universal’s “Us” and “Good Boys” as the only original titles in 2019 to launch at No. 1 on domestic box office charts.

“We saw a great opportunity for not just an opening weekend, but a strong corridor going forward,” said Jim Orr, Universal’s president of domestic distribution. “With this particular weekend, kids have been back in school for some time and routines have settled down.”

Heading into October, Universal has now had seven films that have reached first place at the domestic box office, the most of any studio this year. Says Orr, “It’s a testament to how well our marketing and production folks are at getting the message out in a crowded media landscape.”

Jill Culton wrote and directed “Abominable,” becoming the first female to independently make an animated film for a major studio. Universal’s DreamWorks co-produced the movie with China’s Pearl Studios. With a softer $8.8 million start at the international box office, the two companies will rely on Chinese audiences to turn out in force (it debuts in that territory on Tuesday) to help justify its $75 million budget.

Moviegoers, nearly 45% of which were under the age of 18, awarded “Abominable” with an A CinemaScore. Caucasians accounted for 42% of audiences, followed by Hispanics at 29%, Asians at 12% and African Americans at 12%. “Abominable” follows a young girl named Yi (voiced by Marvel’s “Agents of S.H.I.E.L.D.” actress Chloe Bennet) who embarks on an epic journey to reunite a yeti named Everest with his family.

As awards season kicks off, Roadside Attractions and LD Entertainment’s “Judy” hit a high note at the specialty box office. The Renee Zellweger-led Judy Garland biopic amassed $3 million, enough to crack the top 10 despite opening on just 461 screens. The movie, which is already generating Oscar buzz for Zellweger’s transformation into the troubled star, appealed mostly to older females. Among inaugural crowds, 60% were women and nearly 80% were over the age of 35. The studio will continue expanding “Judy” across the country next weekend.

In third place, STX’s “Hustlers” dropped just 32% in its third frame, added another $11.47 million to its domestic haul. The $20 million film — directed by Lorene Scafaria and starring Jennifer Lopez and Constance Wu — has generated a strong $80 million at the domestic box office and $95.4 million globally.

In a race that’s currently too close to call, Warner Bros.’ “It: Chapter Two” and Disney’s “Ad Astra” will battle it out for fourth and fifth rankings on box office charts. Based on Sunday’s estimates, both films pocketed roughly $10 million over the three-day frame. “It: Chapter Two,” now in its fourth weekend of release, has made $193 million in North America, while Brad Pitt’s “Ad Astra” has picked up $34 million at the domestic box office.

After surprise successes including “Downton Abbey” and “Hustlers,” September grosses are up 7.5% from the same month last year, according to Comscore. Overall, the year-to-date box office is down 5% from 2018.