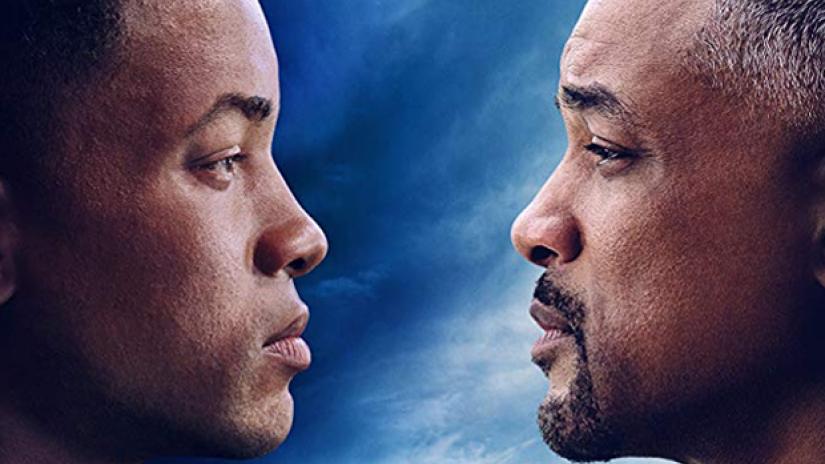 If Will Smith had access in real life to the de-aging technology used in his upcoming sci-fi thriller “Gemini Man,” the actor would have a few questions for his younger self.

“I would go back to [1999’s] ‘Wild Wild West,’ and I would say, ‘a–hole why didn’t you do ‘The Matrix’?’” Smith joked with reporters on the red carpet at Sunday’s premiere of “Gemini Man.” Smith was joined at the TCL Chinese Theatre by his wife, Jada Pinkett Smith, and sons Jaden and Trey.

Smith, who turned 51 in September, has no qualms about his age. “Them young boys, they can’t handle that old man swag,” Smith said. “The young boys, they ain’t got nothing on this. I’m 50 and fine. You know, there’s nothing they can do with it.”

In Ang Lee’s “Gemini Man,” Smith faces off against a 23-year-old digitally recreated version of himself. Smith said it was “chilling” to see his younger self for the first time.

“The first shot I saw was [when] the older character (Henry) flips [his younger clone] — it’s always weird — old Will flips young Will,” he told Variety. “There is a shot where the flashlight comes up onto his face. It is one of the best digital shots of the movie.”

Producer Jerry Bruckheimer told Variety that Lee was initially doubtful he could catch up with the movie’s digital ambition.

“Ang wasn’t even sure himself if he could pull it off,” Bruckheimer said. “It’s very difficult, the digital part of it was very hard. We had to create a full, digital human being, based on Will at 23-years-old. It was nerve-wracking until we saw some tests and then knew he could do it.

Bruckheimer, however, had no doubts in Lee’s abilities.

“I had total confidence in [Lee], and he did it,” he said. “You never know until it’s done. We’re excited to be here. Finally, the film is actually finished.”