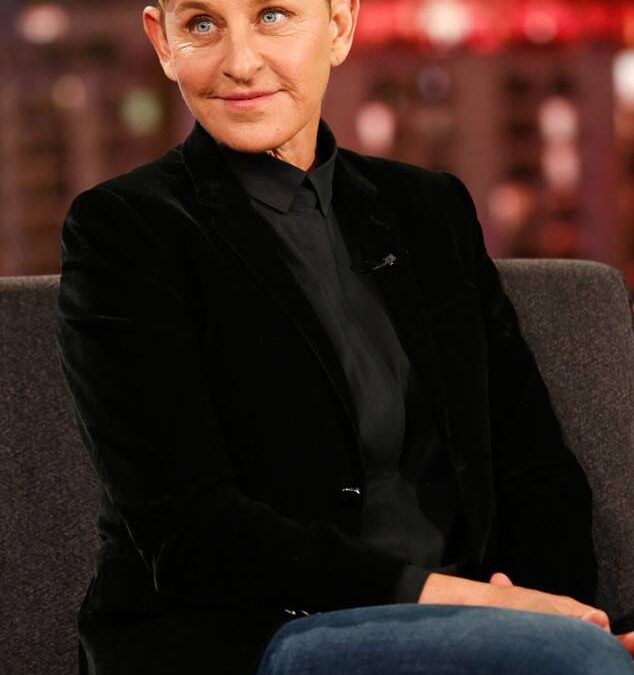 Ellen DeGeneres has been tapped to receive the Hollywood Foreign Press Association’s second-ever Carol Burnett Award. The honor will be handed out at the 77th Golden Globe Awards on Sunday, Jan. 5.

The award, which honors TV notables, was introduced during last year’s ceremony; namesake Carol Burnett received the inaugural accolade. DeGeneres, who is set to accept the award in person at the event, is a three-time Golden Globe nominee.

“From her sitcoms, to stand-up, to becoming a household staple on daytime television, she is a pioneer who has captivated audiences for nearly 25 years with her undeniable charm and wit,” said HFPA president Lorenzo Soria. “In addition to her television success, she’s an advocate and philanthropist, lending her voice to those who don’t have one, and spreading kindness and joy through the power of her platform. We look forward to celebrating her achievements at this year’s ceremony.”

The Carol Burnett Award was created last year to recognize the evolution of the television landscape as a home for some of entertainment’s most critically acclaimed and highly regarded work. Chosen by the HFPA board of directors, the award is considered the equivalent to the organization’s Cecil B. DeMille award, handed out to film notables.

DeGeneres’ career includes the ABC sitcom “These Friends of Mine” (later renamed “Ellen”), which earned multiple Golden Globe and Primetime Emmy nominations. She also received a Peabody Award and a Primetime Emmy Award for writing the critically acclaimed “Puppy Episode,” where her character came out as a gay woman.

Currently, her daytime syndicated talk show “The Ellen DeGeneres Show” is in its seventeenth season. The show has earned a total of 63 Daytime Emmy Awards, including 11 for outstanding entertainment talk show (a record in the category).

DeGeneres’ other honors include the Presidential Medal of Freedom, the Mark Twain Prize for American Humor, and Emmy nominations for multiple standup specials. Her production company, A Very Good Production, is behind shows include NBC’s “Ellen’s Game of Games” and “Little Big Shots,” Netflix’s “Green Eggs and Ham,” Discovery Channel’s “Wildlife Warriors,” and more. The upcoming HBO Max service will include productions from DeGeneres including “Ellen’s Home Design Challenge,” “First Dates Hotel,” “Little Ellen,” as well as the docuseries “Finding Einstein.”

As a philanthropist, DeGeneres’ The Ellen Fund supports global conservation efforts for critically endangered species. DeGeneres has also brought awareness to the anti-bullying issue by creating the PSA “Be Kind.” The Ellen DeGeneres Show” has raised over $95 million for various causes.