Channing Tatum and Roy Lee to Produce ‘The Maxx’ 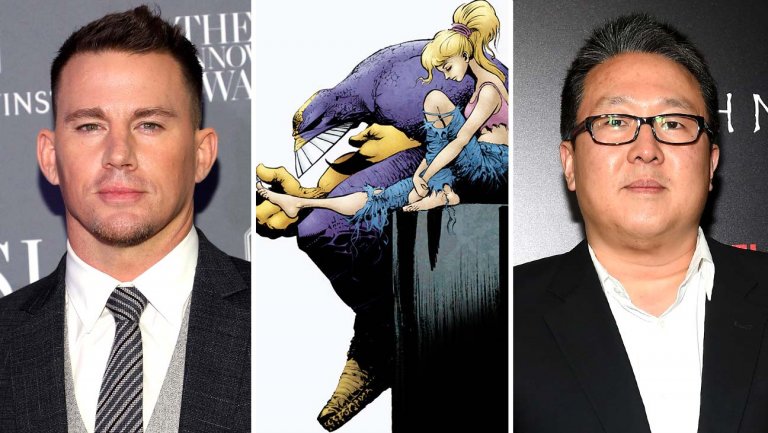 In today’s film news roundup, Channing Tatum and Roy Lee are developing “The Maxx,” Leslie Uggams has joined “The Ravine” and Safehouse Pictures is expanding.

Channing Tatum and Roy Lee are teaming up to produce a movie or television show based on the Image Comics series “The Maxx.”

Tatum will produce through his Free Association, along with principals Reid Carolin and Peter Kiernan. Lee will produce though his Vertigo Entertainment. Sam Kieth, who created the series in the 1990s, will also produce with partner Tal Vigderson.

The Maxx appears in both the real world as a homeless man and in an alternate reality as a powerful masked character protecting the Jungle Queen — who’s also a social worker named Julie Winters who frequently works to help the homeless man. The comic led to a 13-episode cartoon series on MTV, which won an Annie Award for best animated series.

Free Association launched sales earlier this month at the American Film Market on the road-trip comedy “Dog,” centered on a former Army Ranger and his Belgian Malinois dog Lulu. Tatum will make his directorial debut with Carolin. Tatum and Carolin produced the original “Magic Mike,” starring Tatum and directed by Steven Soderbergh from a script by Carolin, and the sequel “Magic Mike XXL.”

Lee founded Vertigo in 2002. His credits include “The Ring,” “The Grudge,” the “It” movies, the “Lego” franchise and best picture winner “The Departed.”

Dane and Polo portray a normal suburban couple whose tranquil lives are torn apart by the sudden and unexpected murder-suicide of their best friends. Uggams plays a psychic who sees the murders happen. The project is based on the Robert Pascuzzi novel of the same name and is directed by Keoni Waxman.
Pascuzzi and his wife Kelly are producers along with Phillip Goldfine. Uggams, who also stars in “Empire,” is represented by the BRS/Gage Talent Agency. Proctor is co-founder of The Proctor Gallagher Institute.
EXECUTIVE HIRES

Safehouse, which recently announced deals with Legendary Television and Amblin Partners, have brought in Kelly Burnett as vice president and Ariane Ackerberg as creative executive to help service those deals in both film and television.

Burnett joins from Robert Zemeckis’ ImageMovers for four years where she brought in and worked on multiple feature and television projects. Prior to that, she worked for UTA and Warner Bros Theatrical Marketing.

After graduating from the UCLA Producers Program in 2016, Ackerberg went to work as an executive assistant at 20th Century Fox where she helped oversee a variety of projects in active development.

Matt Schwartz, who joined the company in 2013, is being re-upped as executive vice president. He’s as co-executive producer on the Netflix series “Spinning Out” which stars Kaya Scodelario, January Jones and Johnny Weir. Safehouse is repped by CAA and Goodman Schenkman & Brecheen.