Adam Sandler talks on Being an Early Partner of Netflix: ‘I’ve Been a Genius My Whole Career’ 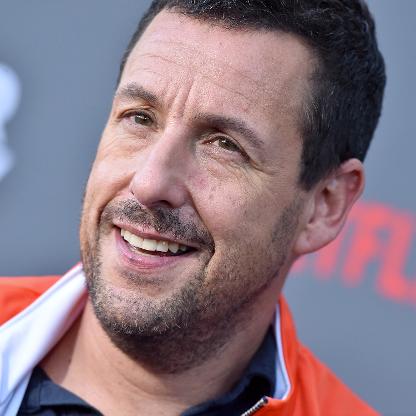 “But he taught me two good tips and I’m not going to tell you what they are, but I hope I see you out on the court and I’m going to destroy you,” Sandler cracked on Wednesday night at the film’s Los Angeles premiere at the ArcLight Cinerama Dome in Hollywood.

Basketball played a central role in the both the film’s story and development; Sandler’s first meeting with the writer/director brother duo Josh and Benny Safdie took place on the court. “We played a lot of basketball during this shoot,“ Sandler said. “Josh has long arms. He lucked out and blocked me one time. Blocked my shot. That doesn’t happen very often because I tend to push off and make room, but old Josh blocked me and Jake Hoffman, who was also playing basketball, took a picture of that very moment. So, he passes out the picture of Josh’s hand on my basketball blocking me and he showed me that shot throughout the whole shoot and I hated it. Just one good moment to get Adam.”

Set in Manhattan’s Diamond District in 2012, “Uncut Gems” follows Sander’s Howard Ratner — a jeweler and gambling addict — as he careens from one bad decision to another in a desperate gambit to fend off his encroaching circle of enemies. Sandler’s performance has been hailed as one of his best (the star was named best actor by the National Board of Review), though he has yet to garner any major awards recognition. Despite that, Sandler appears to be in the middle of a career renaissance, especially considering his lucrative Netflix production deals, with the first inked in 2015.

Sandler’s early decision to sign on with the streaming giant, which is emerging as a significant awards contender, now appears to be somewhat prescient. When asked if he considers himself a genius for quickly spotting Netflix’s potential, Sandler jokingly replied, “Certainly that, I’ve been a genius my whole career. I opened the doors for many others. They were very nice. They were very friendly to creative types. They wanted to just make good stuff. They trusted me, they got involved with me. Ted Sarandos [Netflix’s Chief Content Officer], the guy who runs the joint, I just loved him as a person, so I just lucked out.”

For their part, the Safdies mentioned that they were pleased with the film’s positive reception and the accolades for Sandler. “Adam deserves it because he put in so much time and work and dedication and this was everything for him and it was everything for us,” Josh Safdie said. “And I’m happy to see that for him.”

As Knicks fans, the Safdies also said that they had to overcome their initial reticence in casting Garnett, who had led the Celtics to victory over their favorite team many times. However, once 76ers center Joe Embiid fell out of contention, Garnett swiftly won them over.

“We talked with a few players and when we talked with Kevin, we just didn’t want to get off the phone,” Josh Safdie said. “And you have to realize that his fandom of wrestling actually affected his performance. That’s why he was such a great heel, a great performer, he knew how to manipulate 20,000 people. And then you start to get to know him and he’s an incredible storyteller and acting is giving shape to story. And he shaped his stories in such a unique way. He’s incredible and so dedicated and he called me coach once, so I was already done.”

The Safdies confirmed that legendary Lakers player Kobe Bryant had also been considered for the film, but the idea ultimately fell apart.

“We never actually sent it to Kobe,” Josh Safdie explained. “Our agents were like, ‘Oh, you should give it to Kobe because I heard he wants to act.’ And then we spent two weeks trying to rewrite the movie and the work because it’s an essential character, it’s not a cameo. And I finally finished it after they were bothering me for a week and a half or two weeks … and [then] we find out he wants to direct not act, so they never even sent it to him.”