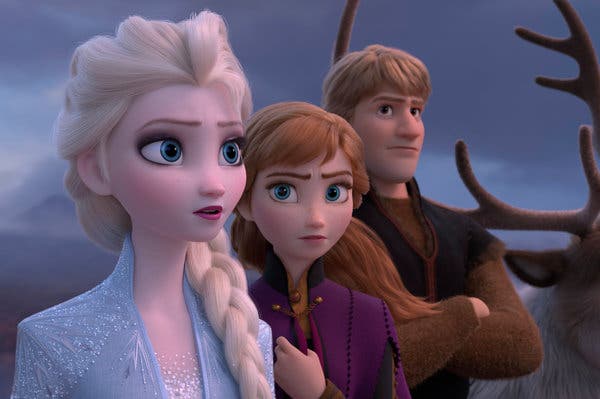 In a box office achievement fit for royalty, Disney’s “Frozen 2” is officially the highest-grossing animated movie in history.

The sequel has generated $1.325 billion at the global box office, pushing past “Frozen” ($1.281 million) and “Incredibles 2” ($1.243 million) to secure the top spot. Though Jon Favreau’s remake of “The Lion King” is entirely computer generated and earned $1.65 billion in 2019, Disney considers it a live-action reboot rather than an animated flick. Either way, the benchmark only solidifies Disney’s place as the preeminent force on all things animation — the studio is now responsible for the top three biggest cartooned movie of all time.

“Frozen 2” notched a number of box office milestones since debuting on Nov. 22. It launched with $130 million, setting a November record for an animated movie and becoming the first animated title outside of summer to surpass triple digits in its first weekend. The movie also set a new pinnacle for the Thanksgiving box office, earning $123 million over the five-day holiday frame.

Jennifer Lee and Chris Buck returned to direct “Frozen 2,” again following the adventures of Anna and Elsa (voiced by Idina Menzel and Kristen Bell) as they embark outside of their kingdom of Arendelle to uncover the secrets of their past. The voice cast also includes Jonathan Groff, Josh Gad, Sterling K. Brown and Evan Rachel Wood.

Despite the ubiquitous success of “Frozen” and its sequel, Lee said she was “very surprised” by the milestone.

Upon hearing the news, she turned to Buck, her co-director, and said, “‘Frozen 2’ just passed ‘Frozen 1.”

Asked about another sequel, Buck responded: “We’re going to skip three and go right to four.”

“Frozen 2” was Disney’s sixth 2019 release to reach $1 billion in ticket sales and “Star Wars: Rise of Skywalker” will soon become its seventh. That’s the most billion-dollar films from a single studio in one year.