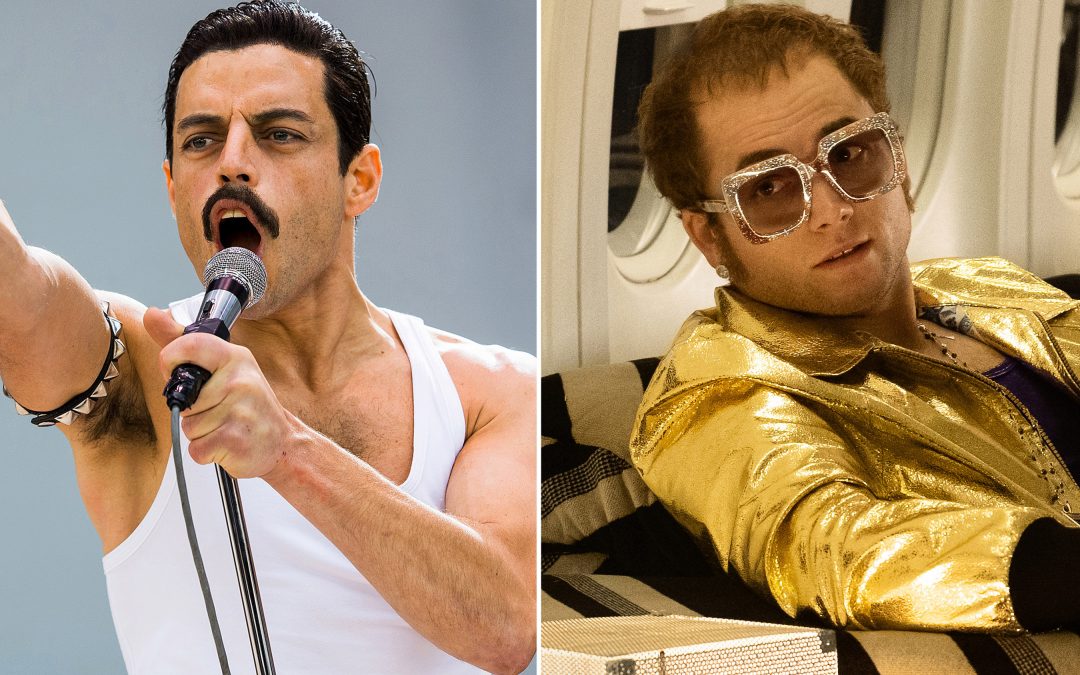 Dexter Fletcher’s “Rocketman,” a musical biopic centered on the life and times of Sir Elton John, received a surge on the Oscar buzz meter over the weekend.

The movie walked away from Sunday’s Golden Globes with two statutes, one for best song and another for best actor in a motion picture – musical or comedy.

John, who wrote the tune “(I’m Gonna) Love Me Again” for the movie, proved his prowess over Beyonce (for “The Lion King”) and Taylor Swift (for “Cats”) to take home the trophy. Likewise, star Taron Egerton bested category frontrunners Eddie Murphy (“Dolemite Is My Name”) and Leonardo DiCaprio (“Once Upon a Time…in Hollywood”) to score the top prize.

So is “Rocketman” on track to be this year’s “Bohemian Rhapsody?”

The latter, released in November of 2019, raked in $903 million at the global box office. It won 41 awards from various organizations and guilds, including a best actor Oscar for Rami Malek, who portrayed Queen’s frontman Freddie Mercury.

The current worldwide box office for “Rocketman” stands at $ 195.2 million and, barely into awards season, it’s collected nine wins already. Both the film and Egerton received BAFTA nominations. Where it lands when the Oscar nominations are announced on Jan. 13 remains to be seen.

John’s win this weekend most likely boosted his chances in the Academy Awards’ best original song category — a nomination is practically guaranteed. Whether Egerton follows in Malek’s footsteps and lands in the best actor race for an Oscar is a harder call. With a category stacked to its brim with stellar performances — among them: Joaquin Phoenix, Adam Driver and Robert De Niro and Leonardo DiCaprio — who gets that fifth slot? Is there room for Egerton?

With best actor usually tied to a best picture nomination, (“Rocketman” wasn’t voted by either PGA or DGA), it seems Egerton might slip by. Or will he defy stats and get a boost from the Golden Globe and BAFTA nominations? Remember how the BAFTA win tipped voters to pick Olivia Colman over Glenn Close last year? Egerton’s odds are all over the place if we compare Gold Derby and Gurus of Gold.

While “Bohemian Rhapsody” followed the more linear narrative of “rise to the top” and “how we write hits,” “Rocketman” marries the musical fantasy elements in with hits, while tackling the more serious issue of John’s battle with addiction. The film follows the musical story with John’s most famous hits being sung by all its actors.

Elton John is on tour, a farewell jaunt he announced in 2018, but “Bohemian Rhapsody” also benefitted greatly from Adam Lambert and Queen being the road during the film’s release.

Another thing “Rocketman” has going for it: it’s loved by audiences and film twitter. Egerton’s performance received rave reviews, with John’s classic hits reaping the reward in introducing the canon to a whole new generation via the film.

As far as recordings are concerned: John has sold more in the U.S. According to the Recording Industry Association of America (RIAA), combined album sales of his greatest hits collections top 32 million, compared to Queen’s Greatest Hits catalog selling 15 million. However, the “Bohemian Rhapsody” soundtrack has been certified gold and “Rocketman” isn’t there yet.

And none of this is to say that “Rocketman” isn’t a hit. It’s a huge one. The film has made more than its budget, and its wins this weekend are guaranteed to get more eyes on the film, but more importantly, more eyes on Elton John and Taron Egerton.