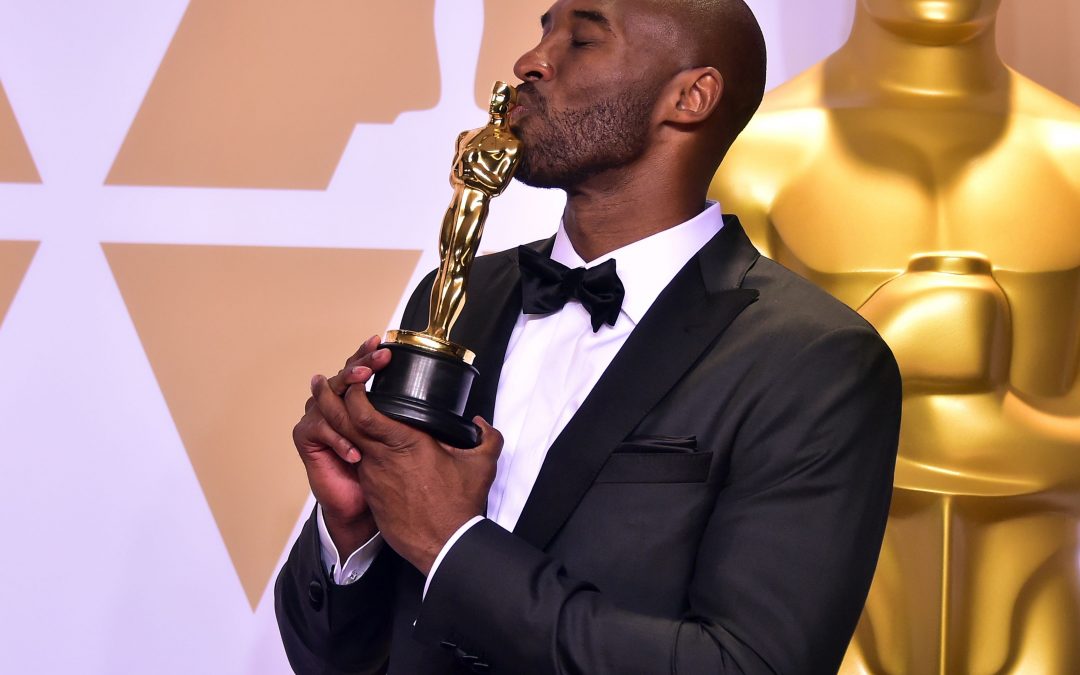 In all things, Kobe Bryant was nothing if not exacting. He was driven, demanding and relentless in pursuit of greatness.

His tragic death in a helicopter crash on Jan. 26 at the age of 41, an accident that also took his 13-year-old daughter and seven others, means that the entertainment industry will never know what the legendary basketball player might have accomplished in the second chapter of his career.

With trademark focus, Bryant was clear about where he wanted to direct his energy after retiring from the NBA in April 2016 following 20 storied seasons and five NBA titles with the Los Angeles Lakers.

Bryant wanted to “impact lives through storytelling,” as he told CBS News’ Dana Jacobson in a podcast interview last November. “Nothing in the world happens without story.”

“Content to Kobe was a means to an end,” says filmmaker Gotham Chopra, who worked with Bryant on the 2015 Showtime documentary “Kobe Bryant’s Muse.” “He wanted to inspire and empower young people. That’s really where he saw the kind of work he wanted to do.”

Bryant launched a production company in 2013 that evolved into Granity Studios, which produced the 2017 animated short “Dear Basketball,” based on a poem Bryant penned about his retirement, which earned an Oscar. Granity has been active in recent years in developing live-action and animated movies and TV series as well as books, podcasts and other properties.

Most recently, Bryant told “CBS This Morning” that he wanted to build his own animation studio to ensure that the work would be done to his high standards rather than outsourced. He also wanted to be a force in fostering diversity in entertainment to help broaden the horizons of future generations.

“I want a diverse animation team,” Bryant told “CBS This Morning. “That is the opportunity. I want young African American children to understand that there is a serious [entertainment] industry that you can pursue. We can’t just talk about it. We’ve got to be about it.”

Bryant applied his famous discipline to learning the business of television and movies. He helped craft what was planned as a children’s book series — “The Wizenard Series” — out of his frustration with the gender-stereotyped stories he found as a parent to share with his four daughters.

As he told the Showtime podcast “All the Smoke” earlier this month, stories about princesses waiting for Prince Charming to come save the day were not going to cut it with his two older daughters, who were inclined to athletics at an early age. Gianna, who died with her father, was a budding basketball star. Natalia, 17, is an accomplished volleyball player.

“I wanted to create stories that I could read to them,” Bryant told “All the Smoke” hosts Matt Barnes and Stephen Jackson.

Granity Studios aimed to turn its podcast series “The Punies” into an animated series. Another book Bryant helped create, “Legacy and the Queen,” about a 12-year-old tennis player, was envisioned as an animated feature.

Bryant hosted the sports-analysis series “Detail” for ESPN Plus in his post-NBA years. But friends and colleagues say his goal was not to be on camera as much as it was to have true clout as a producer and influencer in the media landscape. To attain that, Bryant knew he first had to be a student of the medium.

David Nevins, Showtime Networks CEO and chief creative officer of ViacomCBS, recalls Bryant grilling him multiple times during the making of “Muse” about how the television business works.

“He was a student of the process,” Nevins says. “He understood that process is what makes the product. So he was very, very meticulous about learning the production process and figuring out why you do this first and why you do that second. He wanted to understand everything about how the business worked.”

A few months into the production of “Muse,” Nevins recalls Bryant coming back to him with a flurry of questions about “Homeland,” “Ray Donovan” and other Showtime series. Later, he recalls watching Bryant in the editing room working with producers to fine-tune music cues in “Muse.” When it came time for marketing meetings to support the release of the documentary, Showtime executives suggested a conference call for all parties spread among New York and Los Angeles. Bryant insisted the group meet at his Orange County home.

“He said, ‘No, no, no, this is not going to be handled by telephone,’” Nevins remembers. He wanted “Muse” to be his calling card as an artist, and that meant he wanted it to be personal. “He knocked down the promo-ness of some of the marketing plan and got us down to focusing on the flashes of real intimacy in the film.”

Bryant had strong instincts about how to frame a good story even before he really focused on that arena after retirement, Chopra says. He met Bryant around 2012 and expressed interest in doing a documentary on his life and NBA career. Bryant wasn’t ready at the time. But days after Bryant ruptured his Achilles tendon, an injury that would require a great deal of rehabilitation and effort to get back on the court, he sent Chopra a text message declaring, “Finally, we have the story.”

The experience of working with Bryant on the film for more than 18 months was eye-opening, revealing the level of commitment it took to become the NBA superstar, who notably joined the Los Angeles Lakers straight out of high school at the age of 17.

“He drove us crazy at times because he was so hands-on, but he drove us toward greatness,” Chopra says. “There was no compromise in him for what his vision was.”

One change in Bryant that Chopra noted after he hung up his NBA sneakers was a humbleness about the challenge of succeeding on an entirely different court — as a businessman and content creator.

“He always had a strong point of view on things, but there was a humility to him,” Chopra says. “He was curious and willing to listen and learn from others.”

The sudden end to Bryant’s life leaves many questions about whether his vision will endure through the projects he championed during his all too brief time as a content creator. When asked by “CBS This Morning” how he wanted to be remembered in 50 years, Bryant didn’t hesitate. And he didn’t mention point tallies or championship rings.

Bryant told CBS News’ Jacobson he hoped to leave a legacy “as a person that was able to create stories that inspired children and families to bond together, and for their children to dream. But not only dream but have the initiative to wake up every morning and do all they can to help that dream become a reality. That would be really, really cool.”