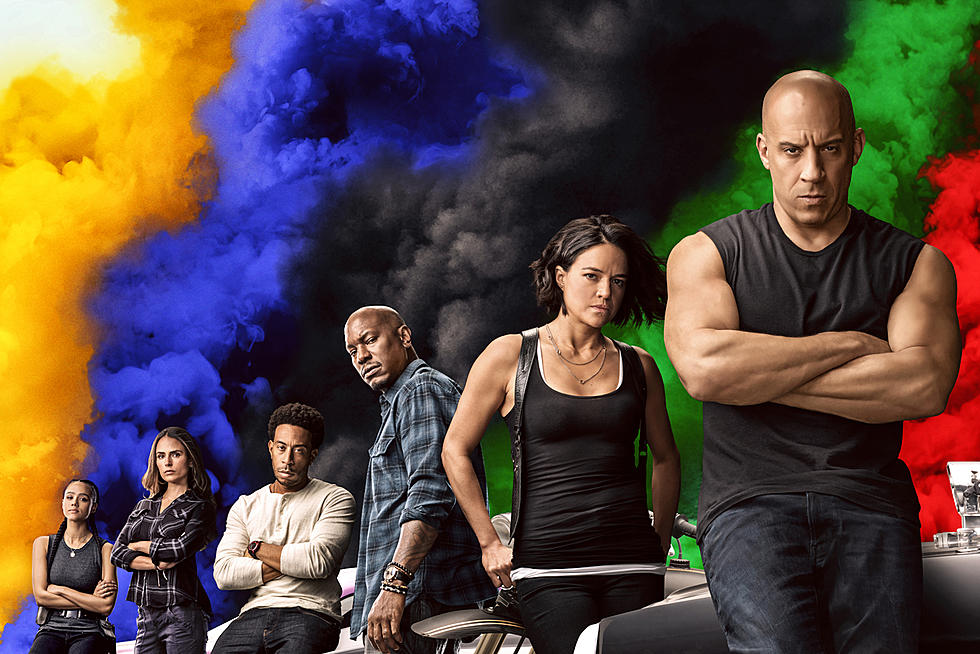 The Fast family is back together in the first trailer for Universal Pictures’ “F9,” the ninth mainline entry in the “Fast and Furious” series.

The footage shows Dominic Toretto (Vin Diesel) and Letty Ortiz (Michelle Rodriguez) living on a farm and raising Toretto’s son Brian, named after the character played by the late Paul Walker. “Now that I’m a father, I can’t live my life a quarter-mile at a time anymore,” Toretto says. But what seems to be a quaint family situation turns ominous, as Letty gifts Brian with a necklace and says “it’s for protection — from what’s coming.”

Clearly, Dom couldn’t stay away from the “Fast” life for too long. “No matter how fast you are, no one outruns their past,” he says over shots of crazy car stunts. “And mine just caught up to me.”

The trailer also features John Cena new main antagonist Jacob, “a master thief, assassin, high-performance driver” — and Dom’s brother. Just as notable, at the very end of the trailer, Sung Kang returns as Han, who died in “Tokyo Drift” (although that film takes place later in the “Fast” timeline than some of the more recent movies).

The trailer debuted during “The Road to F9” concert in Maurice A. Ferré Park in Miami. The event was streamed live to fans on YouTube, Facebook, Instagram and Twitter. Hosted by “The Fast and the Furious” regular Tyrese Gibson and Maria Menounos, the concert featured performances by Wiz Khalifa and Charlie Puth and returning star Ludacris. Cardi B and Ozuna, both joining the series in “F9,” also performed during the concert.

Other franchise newcomers include Michael Rooker and UFC star Francis Ngannou. Jordana Brewster, who last appeared in “Furious 7,” returns to reprise her role as Toretto’s sister Mia. Director Justin Lin also returns to the franchise to helm this new installment. Lin has been one of the major creative forces that shaped the series into the major blockbuster property it’s become, having directed four consecutive entries: “The Fast & the Furious: Tokyo Drift,” “Fast & Furious,” “Fast Five” and “Fast & Furious 6.”

“F9” will be released in theaters on May 22. Watch the trailer above.