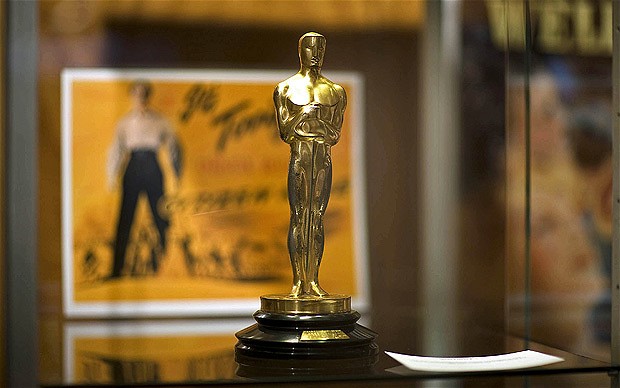 The media’s most-discussed Oscar story this year is the lack of diversity. But in fact, awards are the worst gauge of Hollywood’s commitment to inclusion, because the results are always kept secret, and because we’re talking about voters’ tastes (which may or may not involve the need to Make A Statement with their votes). The real yardstick should be Hollywood hiring — and every year at Oscar time, film-industry decision-makers should be held accountable and prove how much they’ve done to improve matters, beyond the vacant promise of “we’re committed to inclusion.”

Despite the hand-wringing and the finger-pointing, this has been the best awards season ever for women and people of color. They did not get the hoped-for (and deserved) nominations for Oscar, Golden Globes and BAFTA. But there were a lot of films in the conversation, and that’s a dramatic change in only five years. And presumably it will keep improving.

Am I saying that women and POC should be happy with their positions as also-rans? Of course not. Everyone should continue to fight for equality, inclusion and diversity. And there is still a long way to go. I’m saying that awards are the worst gauge of progress. The really important yardstick is industry hiring, and that remains a big problem. But awards? Not so much.

I’m also saying if awards organizations truly want to show their open-minded tastes, they should reveal results of the voting. That way, we would know if directors Greta Gerwig (“Little Women”) and Lulu Wang (“The Farewell”), for example, missed out by only one or two votes — or if they were indeed completely snubbed. Either way, we could draw more decisive conclusions.

The #BaftasSoWhite movement and the laments over the lack of diversity in key Oscar nominations points out that there is always a disconnect between awards and what is being produced, in terms of audiences and box office.

BAFTA, the Academy of Motion Picture Arts and Sciences, the Hollywood Foreign Press Assn. and other awards-givers are allowing wild speculation to flourish by not revealing the results. It would take a lot of courage to detail the number of votes for each nominee and also-ran. But maybe it’s time.

Awards pundits, with not enough time to sit and think before filing stories, were quick to show how “woke” they are by lamenting the lack of women. In truth, many of 2019’s women directors certainly deserved a nomination — but so did such men as Noah Baumbach, Pedro Almodóvar and Taika Waititi. Besides, which of the five men who did get a nomination is the party-crasher who was only nominated in order to block a more deserving woman? Whether or not you agree with all five choices (and I personally don’t agree with two of them), you have to acknowledge that each of those men has admiring fans who liked their work.

Similarly, awards analysts have often cited the fact that in Oscar’s 92-year history, only five women have been nominated as director. But that’s a deceptive figure, because for most of Hollywood history, there were almost no women directors. In his memoir, writer Tom Mankiewicz quotes his father (multiple Oscar winner Joseph L. Mankiewicz, who was a Directors Guild president for a spell) as saying every guild event began with a speaker addressing the members as “Gentlemen and Miss Lupino” — a reference to the fact that Ida Lupino was the only female member of the guild for many years.

On March 11, 1964, Variety led its front page with a banner story carrying the headline “More femmes directing films.” The story mentions a handful of women overseas and in the indie-film sector, including Agnes Varda, Shirley Clarke and Lina Wertmuller, as well as the historic groundbreaker Alice Guy-Blache. And the story posited the optimistic idea that the ranks of women directors would soon increase greatly in the Hollywood mainstream. The industry has known for at least 50 years that there was a problem. But they ignored it.

The problem has cropped up regularly since then, including picketers protesting Barbra Streisand’s lack of an Oscar nomination as director of the 1983 “Yentl.” More than 30 years later, it still rankled. As Brent Lang reported on April 29, 2017, “Barbra Streisand argued that sexism cost her Oscar nominations for ‘Yentl’ and ‘The Prince of Tides,’ during a spirited public interview at the Tribeca Film Festival. But it wasn’t just men who balked at the idea of a woman calling the shots on a major motion picture. ‘There were a lot of older people,’ Streisand told interviewer Robert Rodriguez. ‘They don’t want to see a woman director. I don’t know how many women wanted to see a woman director,’ she added.”

Streisand said that jealousy and competitiveness are partly to blame for women turning on one of their own gender. As evidence, she claimed that female critics were harsher than their male counterparts to “Yentl.”

It’s fun to imagine getting in a time-traveling DeLorean and go back decades to change Hollywood history. But it’s not going to happen.

Meanwhile, the protests should aim at industry hiring (or exclusion). And activists should remind decision-makers that films including “Brokeback Mountain,” “Black Panther” and “Crazy Rich Asians” are not just flukes. By ignoring inclusion, Hollywood is leaving a lot of money on the table.