Rick Moranis Returns for ‘Honey, I Shrunk the Kids’ Sequel 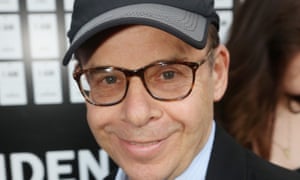 Rick Moranis is leaving his decades-long hiatus from live-action acting to join Disney’s sequel to its 1989 blockbuster “Honey, I Shrunk the Kids,” Variety has confirmed.

In the new film, which has the aptly condensed title “Shrunk,” Josh Gad will play Szalinski’s son (played by young actor Robert Oliveri in the 1989 and 1992 films), who, yes, accidentally shrinks his family. Original director Joe Johnston is returning to make the sequel, with Todd Rosenberg writing the script.

After cutting his teeth on the Canadian sketch series “SCTV,” Moranis was one of the most in-demand comic actors of the 1980s and 1990s, starring in 1984’s “Ghostbusters” and its 1989 sequel, Mel Brooks’ 1987 “Star Wars” spoof “Spaceballs,” Ron Howard’s 1989 ensemble dramedy “Parenthood,” and the 1994 live-action “The Flintstones” remake. Collectively, his films have earned over $1 billion at the domestic box office, not adjusting for inflation.

Since 1997, however, Moranis has worked sporadically, doing voice-over work (2003’s “Brother Bear,” a 2018 episode of “The Goldbergs”) as well as a couple comedy albums, after stepping away from acting to raise his children in the wake of his wife’s death from cancer.