The Most Expensive Jewelry on the Oscars Red Carpet 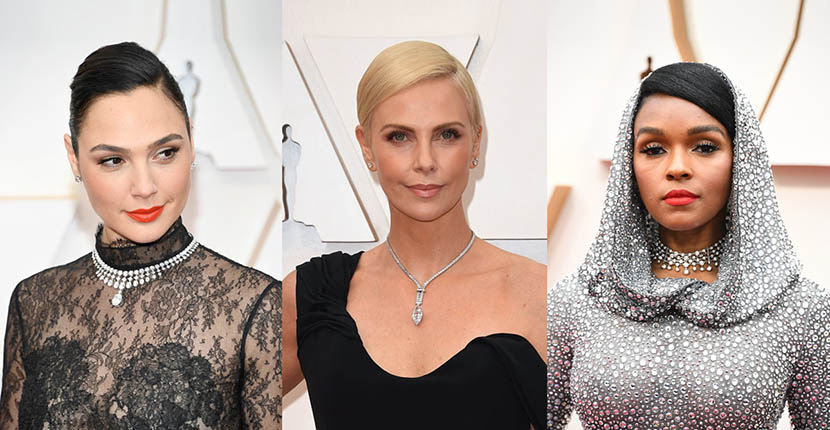 Whether the nominees took home a golden statue or not Sunday, it was clear they all looked like winners upon arriving at the 92nd Academy Awards, rocking some of the most expensive jewels and accessories one can only find at the Oscars.

Charlize Theron, Scarlett Johansson, Zazie Beetz and Gal Gadot were just some a-list celebrities that were draped in over a million dollars of jewels. Theron stunned the carpet in her black Dior gown, but her seemingly simple look racked over $5 million just from her pendant alone, along with Johansson who also wore over a million dollars worth of diamond jewelry.

Check out the stunning accessories below:

Scarlett Johansson: Johansson paired her champagne gown with diamond drop earrings and a diamond bracelet all set in white gold from Forevermark jewelry worth $2.5 million.

Gal Gadot: The “Wonder Woman” actress wore a Tiffany Clara necklace in platinum with an oval diamond of over 11 carats and mixed-cut diamonds of over 65 total carats.

Zazie Beetz: Beetz’s Thom Browne sequin dress was not the only thing making the “Joker” co-star shine on the carpet, but her two Bulgari necklaces. The white gold choker with emerald jewels and her 78-karat high Divas’ Dream diamond necklace is priced at $1.3 million and that’s excluding her earrings and the two matching emerald diamond rings.

Mindy Kaling: Kaling’s bright yellow gown still could not distract from her $1 million diamond accessories. Her diamond necklace, which is identical to the one Kaling and her fellow cast mates stole in “Ocean’s 8,” and matching pear-shaped earrings were set in 18k white gold from the Haute Joaillerie Collection.

Timothee Chalamet: Chalamet held the accessories down for the men on the carpet with his vintage 1955 Cartier brooch that sat at the chest pocket of his jacket.

Idina Menzel: The “Frozen 2 singer was an ice queen on the red carpet, rocking a cascading Harry Winston necklace, which, at 60.3 carats, was estimated to be worth over $1 million.

Charlize Theron: Theron wore a pendant with 165 diamonds, including a marquise diamond and other diamonds set in platinum by Tiffany & Co. that priced over $5 million. She paired the lavish piece with Solitaire diamond earrings and a aria diamond ring all set in platinum.