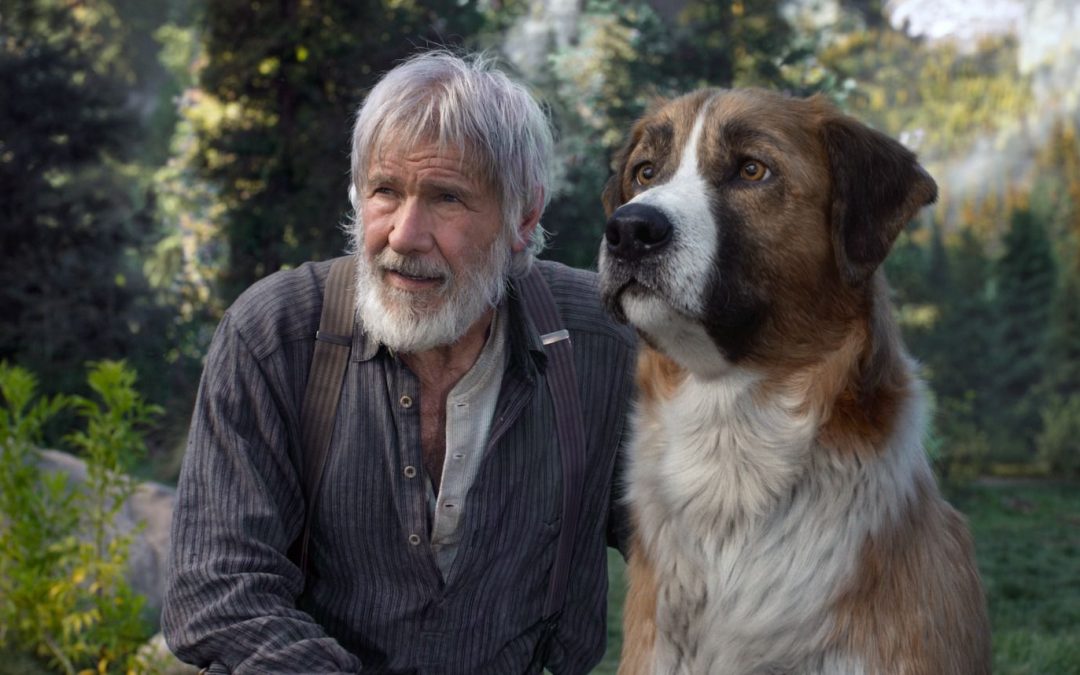 “The Call of the Wild” is a cozy, square, kind-of-synthetic, kind-of-touching canine adventure movie that a lot of critics were probably too harsh about, all because it has a CG dog. Don’t get me wrong; I’d have preferred a flesh-and-blood dog as well. But critics have developed a line-in-the-sand attitude about this technology, at least when applied to “real” beasts. (Hence the overstated hostility that drove reviews of “The Lion King,” the one affecting live-action remake of a Disney animated classic.) In “The Call of the Wild,” the fusion of live action and CGI works well enough, especially once Harrison Ford, as soft as he is gruff, comes into the picture (in a funny way, it’s his reactive performance that brings Buck the dog to life). The movie is just what you’d expect: calendar-art wilderness settings, old-school ’60s-Disney-nature-film bobsled drama, a cast of human actors who, with the exception of Ford, get swallowed up by the scenery.

The only surprise about “The Call of the Wild” is its price tag. The film cost $125 million.

I’m shocked every time I read that figure, because it just doesn’t feel right. The inflated budget, of course, is due mostly to the CGI technology. But can we stop for a moment to consider how profoundly counterintuitive that is? Animated films are famously expensive, but if you’re going to make a drama like “The Call of the Wild” and avoid using actual dogs that have to be directed and filmed in some frozen location that’s doubling for the Yukon, the process should theoretically be cheaper.

This weekend, “The Call of the Wild” did more business than many observers expected, which only goes to show that there’s still a hunger for a sweetly traditional and wholesome dog-meets-man movie. But given the budget, even the film’s relatively successful opening of $24.8 million may not be good enough. “The Call of the Wild” is an example of a new phenomenon: the “mid-budget film” with a budget that got swelled like an overfed goose liver. The mid-budget film that caught budget-itis.

It brings to mind another example of the same phenomenon, and that’s “The Irishman.” For months — years! — before Martin Scorsese’s mob epic was released, there was so much publicity surrounding the digital de-aging process that ballooned the film’s budget that by the time the movie actually arrived, we all just sort of accepted that “The Irishman,” bankrolled by Netflix, cost as much as a top-heavy Marvel spectacular. (The official tally was $165 million, but there have been persistent unconfirmed reports that the budget may have been as high as $200 million.)

Now that “The Irishman” has come and gone, though, consider the total oddity of that. Scorsese’s film has some violent action and period crowd spectacle, but it’s basically a three-and-a-half-hour movie about men sitting around talking in rooms. If, for the sake of argument, you took the de-aging process out of it, there’s a way that you could imagine a perfectly fine version of “The Irishman” made for $40 million. And since the de-aging process, like the digital dog in “The Call of the Wild,” came in for its share of critical brickbats, you have to wonder, at least for a moment, why the film was so expensive. After “The Irishman” came out, there were examples on the Internet of movie fans applying their own homegrown amateur de-aging process to the film’s characters — and lo and behold, some of those images didn’t look too bad. Years from now, we may look back at “The Irishman” as the world’s most bizarrely expensive deepfake.

As much as I love “The Irishman,” the reason this is arguably a decadent trend is that what we used to call the mid-budget movie is now in a state of existential crisis. Is there still a place for them in movie theaters? Or are they destined to be vacuumed up into the streaming revolution?

The phrase “mid-budget movie” is, by now, a synonym for “movies for adults.” And if there is indeed a place for life-size drama at the megaplex, then it’s going to have to justify itself, cost-wise. In different ways, “The Call of the Wild” and “The Irishman” are examples of movies whose budgets were driven by a new version of the blockbuster mentality, an old phrase that could now be updated by re-naming it the blockbuster mythology. It’s a way of thinking that fetishizes oversize budgets, because what it says is: If our budget breaks the bank, then maybe our profit can break the bank, too.

Over the last four decades, big-budget spectacle filmmaking has, in some ruthless narcotic if-we-build-it-they-will-come way, justified its cost. But at a tremendous creative price. Dramas for adults have been marginalized, and if they migrate permanently to the small screen, if they cease to be cinema, I believe the culture will have lost something essential.

That’s a battle worth fighting, and a key way to fight it is to keep budgets in check. In recent times, there have been two noteworthy inspired models of how this could happen. The first is the one presented by Blumhouse Productions, the horror-thriller studio that famously makes its movies for the jaw-dropping chump change of just $5 million (it made “Get Out” for $4.5 million). That’s a bottom-line paradigm that’s also a demonstration of something: It can be done. The other model is “Joker.” It was a comic-book-based phenomenon made for just $55 million, and before you rush to say, “Yes, but it had no over-the-top action or supernatural FX,” consider this: That’s a key aspect of why it was great. “Joker” was a hypnotic fantastical psycho spectacle that was also a mid-budget drama for adults. What the film showed, in a different way, is: It can be done.

Yet we shouldn’t forget the tide these movies are swimming against. In the Hollywood that evolved after “Star Wars,” spending colossal amounts of money on a movie became more than a way of doing business — it became a belief system. Even when a big-budget film crashes and burns, the producers who made it can say that they did it the right way; they can say they shot for the moon. But if that kind of thinking creeps into mid-budget filmmaking, it will be one more nail in the coffin of mid-budget filmmaking. For far too long, our movie culture has been drowning in fantasy. I think that’s part of the reason we have Trump. (All that fantasy is melting people’s brains.) There are many good reasons to keep fighting for a movie culture that’s tethered to reality. But one of them may be that reality, when done right, is — or at least should be — a lot less expensive.