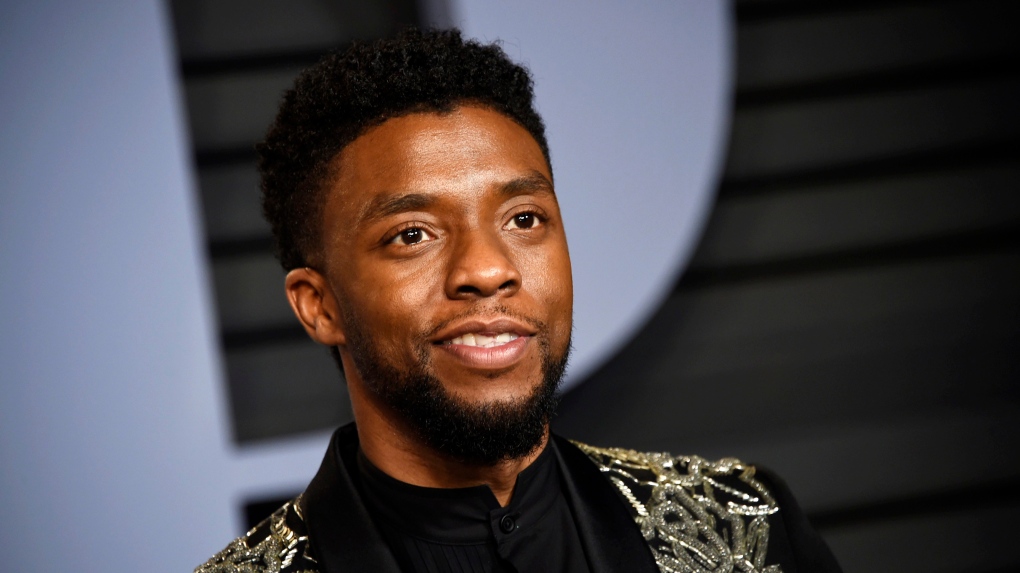 Chadwick Boseman, star of “Black Panther,” died on Friday after a four year battle with colon cancer, his rep confirmed. He was 43.

Before he was cast as the Marvel Studios superhero, Boseman’s career first exploded with his portrayals of Black American icons Jackie Robinson (in 2013’s “42”) and James Brown (in 2014’s “Get on Up”).

“It is with immeasurable grief that we confirm the passing of Chadwick Boseman,” said a statement posted to his Twitter feed. “It was the honor of his life to bring King T’Challa to life in ‘Black Panther.’”

“Chadwick’s passing is absolutely devastating,” said Kevin Feige, president of Marvel Studios and chief creative officer of Marvel, in a statement. “He was our T’Challa, our Black Panther, and our dear friend. Each time he stepped on set, he radiated charisma and joy, and each time he appeared on screen, he created something truly indelible. He embodied a lot of amazing people in his work, and nobody was better at bringing great men to life. He was as smart and kind and powerful and strong as any person he portrayed. Now he takes his place alongside them as an icon for the ages. The Marvel Studios family deeply mourns his loss, and we are grieving tonight with his family.”

Walt Disney Co. chairman Bob Iger said, “We are all heartbroken by the tragic loss of Chadwick Boseman — an extraordinary talent, and one of the most gentle and giving souls I have ever met. He brought enormous strength, dignity and depth to his groundbreaking role of Black Panther; shattering myths and stereotypes, becoming a long-awaited hero to millions around the world, and inspiring us all to dream bigger and demand more than the status quo. We mourn all that he was, as well as everything he was destined to become. For his friends and millions of fans, his absence from the screen is only eclipsed by his absence from our lives. All of us at Disney send our prayers and heartfelt condolences to his family.”

Although Boseman never spoke publicly about his diagnosis, according to the statement, he worked through his treatment for much of his career, starting when he played another Black American icon, NAACP lawyer and future Supreme Court justice Thurgood Marshall, in 2017’s “Marshall” — a year before the premiere of “Black Panther.” Boseman most recently appeared in Spike Lee’s Vietnam War drama “Da 5 Bloods,” and this year he’s due to appear opposite in Viola Davis “Ma Rainey’s Black Bottom,” a feature adaptation of the August Wilson play, directed by George C. Wolfe.

He was born the youngest of three boys and raised in Anderson, S.C., by his mother, who worked as a nurse, and father, who worked in a textile factory. When he was a junior in high school, Boseman wrote and staged a play about the shooting death of a basketball teammate, which turned his life towards the arts. He studied directing at Howard University, where he was mentored by Phylicia Rashad.

After moving to New York, Boseman was a part of the local theater scene, and began landing guest roles on shows like “Law & Order,” “CSI: NY” and “ER,” as well as a series regular part on the NBC mystery “Persons Unknown.” Boseman’s first big break, however, came when he was cast in “42” to play Jackie Robinson, the first Black man to play in Major League Baseball.

Poignantly, Boseman’s death is on the same day as Jackie Robinson Day, MLB’s annual celebration of the pioneering player.

Reaction to Boseman’s death was swift and profound. Both Joe Biden and Kamala Harris, the Democratic candidates for president and vice president, expressed their condolences on Twitter.

Feige first announced that Boseman had been cast as T’Challa, a.k.a. Black Panther, on Oct. 28, 2014, at a splashy press presentation of the studio’s upcoming slate. The actor won wide praise for his first appearance as the character in 2016’s “Captain America: Civil War,” which only made expectations for the impending debut of “Black Panther” — the first-ever Marvel Studios movie headlined by a Black actor — that much greater.

Boseman, at least outwardly, shouldered them with ease — even after the film shattered box office records when it debuted in Feb. 2018. “Black Panther” grossed over $1.3 billion worldwide, forever exposing the pernicious untruth in Hollywood that movies with predominantly Black casts won’t gross well overseas.

It’s difficult to overstate the impact “Black Panther” and Boseman had on the larger culture. The film was the first superhero movie ever nominated by the Academy Awards for best picture, earning six other nominations and winning three. More to the point, as Black Panther, Boseman presented to the world an image of a powerful and thoughtful Black man who was the leader of a thriving African nation and a superhero willing to race into whatever battle he felt was worth fighting, no matter the odds.

Before “Black Panther” premiered, he was asked  about the possibility of making a sequel.

“I’m enjoying this moment,” he said. “If we start talking about sequels — if we do four of them, two of them, three of them — I just want them all to be special like this one.”

Boseman is survived by his wife and family.