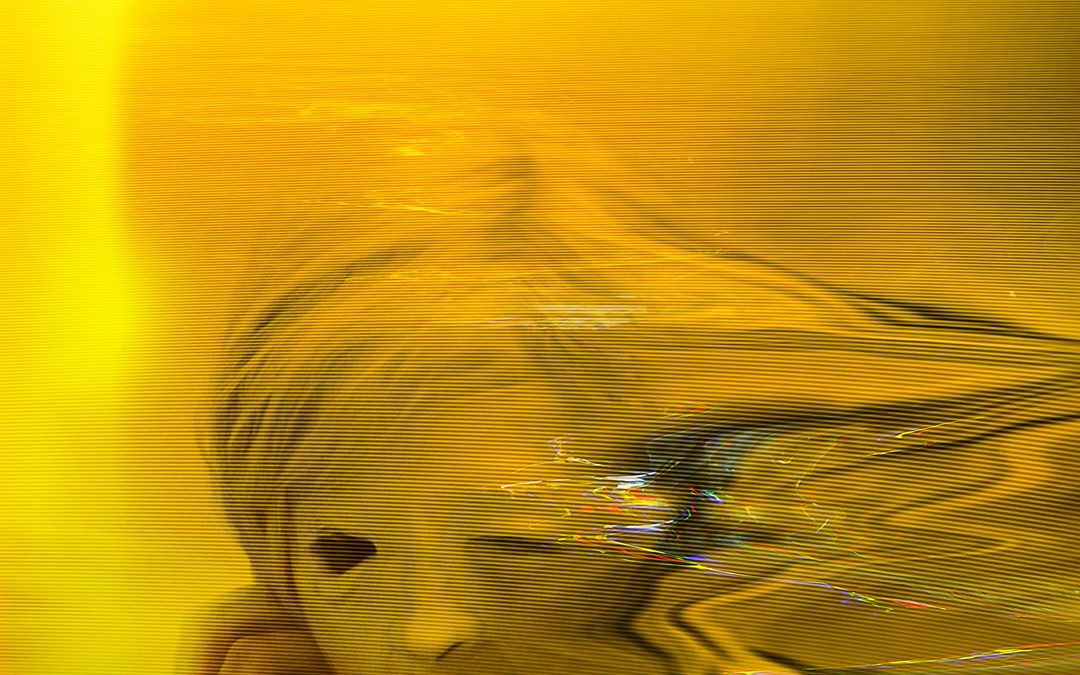 Once inserted, as if by cold metal probe to the cortex, some images can’t be erased. It has taken me eight months and three viewings to wrap my mind around “Possessor.” From the beginning, I recognized Brandon Cronenberg’s brilliant sci-fi puzzle to be more than just another bracingly extreme psychological thriller, but I wasn’t sure what to make of the violence. “Possessor” is by far the most disturbing film I’ve ever seen at Sundance, for reasons that, if I were to list them, would not only spoil the experience but send a certain contingent of shock-horror fans rushing to see what all the fuss was about.

I suspect that’s precisely the audience Neon is courting by releasing the film as “Possessor Uncut,” when what I think they mean is “Possessor Unrated.” To my knowledge, no censored version of this film exists, or has even been suggested, although there’s no way Cronenberg’s cut would land an R rating with the MPAA (which has been rendered effectively useless by Netflix and the rise in ratings-bypassing straight-to-streaming releases). You know what else was uncut? “Cats.”

The son of the body-horror maestro behind such cine-nightmares as “Scanners” and “Dead Ringers,” director Brandon Cronenberg took a tentative step in the same squirm-inducing direction with his 2012 debut, “Antiviral.” I’ve never seen a movie more preoccupied with the sight of hypodermic needles piercing skin, although there’s not much else to recommend that stylized yet shallow commentary on celebrity culture (the concept: a service that allows super fans to infect themselves with samples of whatever diseases their favorite stars have had). The world was not exactly waiting for Brandon Cronenberg’s sophomore feature.

But “Possessor” puts the director in a completely different league. On one hand, the movie hews even closer to daddy David’s career-long fixations: the permeability of flesh, the malleability of identity, the physical threat of modern technology, the psychological oppression of modern architecture. At the same time, however, it shows Brandon Cronenberg to be a writer-director with ideas and a way of executing them that’s distinctly his own. “Possessor” is a serious — and seriously unsettling — look at losing oneself in another person’s psyche. In the parallel reality of the film, thanks to the invention of a high-tech cranial implant, trained professionals can commandeer the minds of whomever they please.

Cronenberg has done something totally surprising with this concept — or, more aptly, it’s surprising what he hasn’t done with it. Assuming a world in which such technology exists, he doesn’t imagine a Machiavellian contemporary “Manchurian Candidate” scenario, in which malefactors remote-control political leaders, or a deeper dive into “Being John Malkovich” territory, where super fans (like the ones in “Antiviral”) can “become” the celebrities they idolize. Instead, Cronenberg goes corporate, offering up a gory and shockingly de-glamorized take on Christopher Nolan’s “Inception”: Here, when someone wants to manipulate a business rival, they hire a specialized assassin to burrow into that person’s brain and take charge. Yes, “Possessor” takes place in the decidedly unsexy realm of industrial crime, speculating on the logistics — but mostly the psychic repercussions — of pulling off the most literal kind of “hostile takeover.”

Andrea Riseborough plays Tasya Vos, who’s been “possessing” targets for a long time. Too long, it turns out. Tasya has gotten to the point that when she emerges from each mission, she can’t always untangle her true identity from the one she just inhabited — as we see in a debriefing session with operations supervisor Girder (Jennifer Jason Leigh, upping the ante on Cronenberg Sr.’s virtual-reality thriller “ExistenZ”). The process is all the more traumatic because exiting her host’s head means forcing that person to commit suicide, at which point a monitor yanks her back into her own body.

This detail is by far the film’s most troubling, since “Possessor” offers an elaborate sci-fi explanation for a sentiment that many people can identify with: that they may not be steering their own decisions at all times. (God forbid someone so persecuted should see this and try to force the “possessor” out with a bullet to the brain.) But it’s also the most illogical, since there are so many ways shooting oneself could go wrong — making it even more relatable to see her hesitate when the moment comes at the end her latest assignment.

After an unspeakably bloody prologue, “Possessor” focuses on this next job, in which Tasya is tasked with infiltrating Colin Tate (Christopher Abbott), a brooding, dark-eyed corporate drone who’s dating the boss’ daughter, Ava (Tuppence Middleton), at a tech company that specializes in spying on people through their webcams. Once inside Colin, she’s ordered to use him to murder industrial big shot John Parse (Sean Bean). Which she does. With a poker. (If the sight of her/Colin jamming it down his throat isn’t enough, rest assured, “Possessor Uncut” preserves a shot of her gouging out his victim’s eyeball.) But instead of shooting herself immediately afterward, she resists. Or is that Colin fighting back against her manipulation?

The movie is maddeningly ambiguous about who’s in control, which frustrated me on first viewing but has since become the thing that brings me back. “Possessor” belongs to an endlessly fascinating genre of movies that explore the fusing of separate identities — something that cinema, above all art forms, seems uniquely suited to exploring. Sometimes it’s a literal body swap, à la “Freaky Friday” or “Your Name.” But it’s far more interesting when there’s an almost supernatural melding of two individuals, as in “Persona” and “Performance.” “Possessor” falls closer to this extreme, suggesting that Colin’s consciousness has become aware of Tasya’s presence and is trying to wrest autonomy back from this unwelcome invader.

Cronenberg also leaves unclear why Tasya has trouble with this particular host. Maybe she’s just exhausted, although gender may have something to do with it. There are clues that she doesn’t enter men very often, as when she examines her new body that first morning or Matthew Hannam’s sleight-of-hand editing during a sex scene between Colin and Ava, in which Riseborough appears with a prosthetic erection. An earlier vignette with Tasya’s ex (Rossif Sutherland) and her son Ira (Gage Graham-Arbuthnot) revealed that the possessing profession has ruined her personal life, and she endangers them by visiting them “in character” as Colin. Now he knows where they live.

Plot-wise, “Possessor” becomes more conventionally thriller-like and mind-bendy the longer Tasya remains in Colin’s body, although the violence escalates to even more unthinkable levels in the last act. One of the deaths is almost unbearably graphic, considering the victim, although the film cleverly suggests that anybody Tasya interacts with could be “possessed” by one of her colleagues, sent in to extract her. Through it all, Cronenberg devises incredibly creative practical solutions to suggest the battle that is raging mostly in their heads — exemplified by the sight of Tasya clutching at a rubber Andrea Riseborough mask, distorted almost beyond recognition. (This is topped only by the visual metaphor of her body reverse-melting into Abbott’s during the initial link-up.)

On a technical level, the film is just astonishing, especially as regards the two lead actors’ performances. Early on, Cronenberg shows Tasya studying Colin’s body language and way of speaking, but once she occupies him, Abbott must find ways to show that Riseborough is now inside. There’s the obvious (her method of slicing an apple, for example) but also subtler moments when he reacts as Tasya to unexpected developments (the revelation of an affair, the visit to Ira), which grow increasingly complex as Colin’s survival instincts kick in. Repeat viewings do little to numb the movie’s ultra-violence, though it does become possible to read it as symbolic. In a way, “Possessor” also describes the psychology of actors and what is asked of them when they assume emotionally demanding roles. They too must kill off the characters they inhabited in order to become themselves once again, and they too risk bringing some of that darkness back with them.