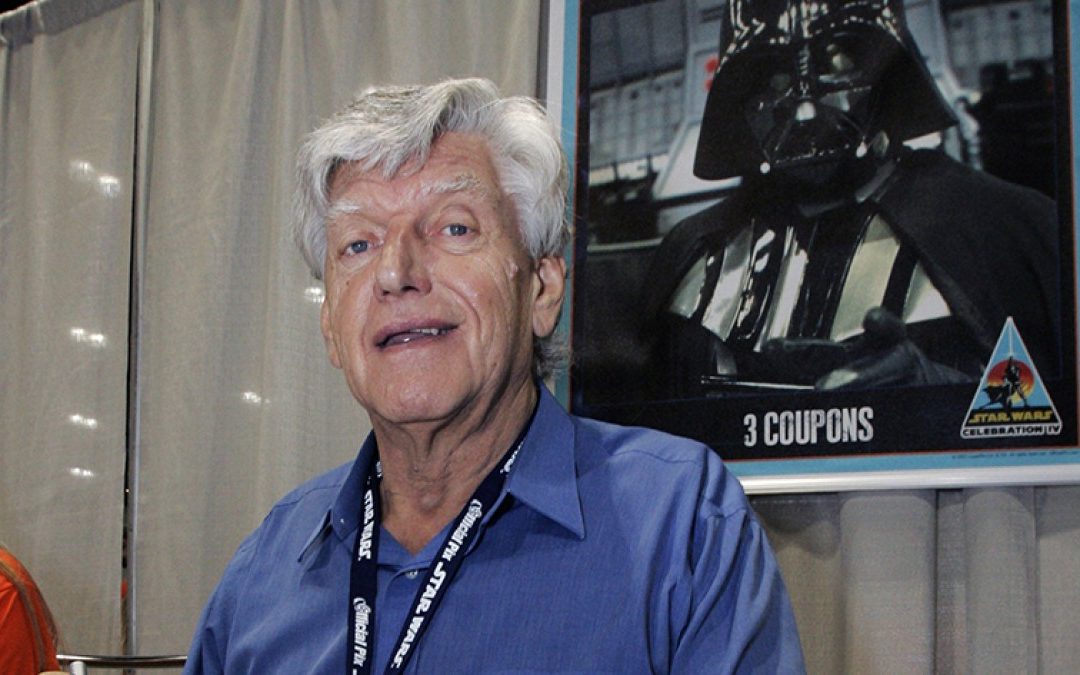 Former weightlifter and actor best known for playing Darth Vader in the Star Wars movies has died, his agent has said.

David “Dave” Prowse, the actor best known for playing Darth Vader in the original Star Wars trilogy, has died at the age of 85, his agent has said.

Agent Thomas Bowington said: “It’s with great regret and heart-wrenching sadness for us and million of fans around the world, to announce that our client Dave Prowse MBE has passed away at the age of 85.”

Jason Joiner, an events producer who worked with Prowse, announced the death on a Facebook page dedicated to the actor, adding: “Dave was dedicated to meeting the fans for decades and lots of fans’ first ever guest they met was Dave in the early days of Comic Cons and collators’ events. Dave was larger than life and he will be so very much missed. Our love and thoughts go out to his family.”

Prowse was a former bodybuilder who had a series of roles as monsters and villains before being invited by George Lucas to audition for the roles of Vader and Chewbacca. He chose Vader and when asked why, replied: “Everyone remembers the villain.”

Born in Bristol in 1935, Prowse was, according to IMDB, raised by his mother and never knew his father. He developed a passion for bodybuilding and weight training in his early teens and competed in Mr Universe competitions, where he became friends with Arnold Schwarzenegger and Lou Ferrigno. He also shredded phone books under the stage-name Jack the Ripper.

He won the British heavyweight weightlifting championship three times and was selected to represent England at the 1962 Commonwealth Games in Perth, Australia.

Prowse’s first film was 1967’s Casino Royale, where he played Frankenstein’s Monster. Although the casting was based on Prowse’s stature, he developed a strong interest in acting and decided to pursue it further. His CV included roles in A Clockwork Orange and many Hammer Horror films, and he was the personal trainer who prepared Christopher Reeve for the role of Superman in 1978.

Prowse was in the Vader suit for much of the Sith Lord’s screen time and reputedly even got to speak his lines on set, though his west country tones were dubbed over with those of American actor James Earl Jones in post-production, and many of the fight scenes featured British Olympic fencer Bob Anderson.

To add insult to injury, when Vader’s face was finally shown to audiences as he lay dying in 1983’s Return of the Jedi, producer George Lucas chose to cast the British stage actor Sebastian Shaw instead.

Prowse and Lucas later fell out, leading to Prowse being banned from official Star Wars activities in 2010

Despite the fame he won as Vader, Prowse said he was most proud of his role as the Green Cross Man in a long-running British road safety campaign, for which he was awarded an MBE in 2000.

In a column in 2014, Prowse wrote: “Many people will know me for being the ultimate screen villain, Star Wars’ Darth Vader. But being a “goodie goodie” and heading up the Green Cross Code campaign, helping to save thousands of lives has always been the ultimate honour.”