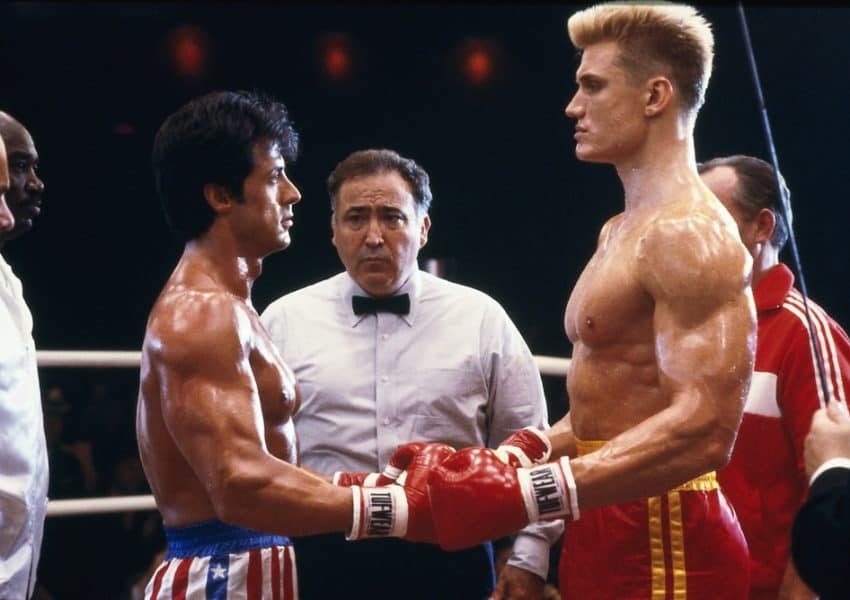 The classic installment in the iconic boxing series turns 35.

Sylvester Stallone told Dolph Lundgren during the making of Rocky IV to really hit him — the result was the star being hospitalized in the intensive care unit for nine days.

The classic installment in the iconic boxing series turns 35 on Friday. To commemorate, The Hollywood Reporter unearthed previous interviews the two stars did about the incident, which turned out to be quite serious.

In Rocky IV, Lundgren played the towering, ripped Ivan Drago. Wanting their battle to look as real as possible, star and director Stallone told Lundgren he wanted a few punches to really connect.

“Dolph Lundgren put me in the hospital for nine days,” Stallone said in a previous interview. “I knew I was in trouble when I showed up and nuns met you at the ICU.”

On the day of the fight scene, Stallone said he told Lundgren to forget the choreography. “Just go out there and try to clock me,” he told his fellow actor. “For the first minute of the fight, it is going to be a free-for-all.”

Feeling OK after the day of shooting, Stallone says that evening he knew something was wrong. Looking back at the footage, Stallone says the punch that did all the damage was an uppercut, which “caught the ribs and hit the heart against the ribcage.” The doctors told the actor that type of injury usually occurred in head-on collisions. Stallone quipped, “I said, ‘Close. I did hit a bus, of sorts.'”

Lundgren talked about the incident in a separate interview.

“All I did was obey orders,” Lundgren joked. “He was the boss. I did what he told me. We came back to L.A. and the producer was like, ‘Hey Dolph, you’ve got two weeks off — Sly’s in the hospital.'”

In September, Stallone announced he was in the midst of working on a director’s cut of Rocky IV for the anniversary.

“For the 35th anniversary, Rocky 4 Is getting a new director’s cut by me. So far it looks great. Soulful. Thank you MGM For this opportunity to entertain,” the actor said. It is unclear when the new cut will arrive.